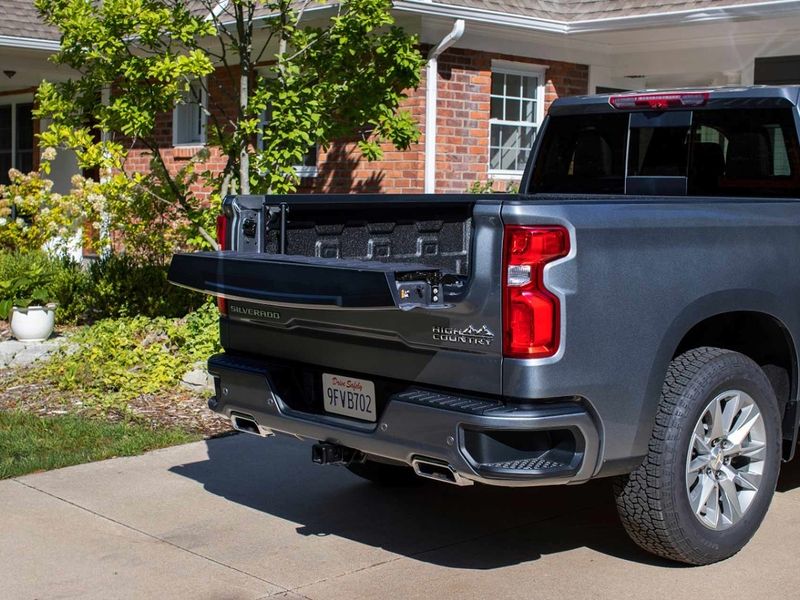 DETROIT — The 2021 Chevrolet Silverado will offer a multifunctional tailgate, similar to the GMC Sierra’s, along with major boosts in trailering power and enhanced trailering technology.

The Silverado’s Multi-Flex Tailgate, reported by Automotive News last month, offers six functions and allows for easier access to bed cargo, a better loading entry and a standing workstation. The tailgate will be available early next year on 2021 Silverado 1500 models, Chevy said in a statement Monday.

The Multi-Flex Tailgate features a main gate that folds out and down, along with a cross-functional inner gate to help with loading access as well as serve as a work table.

Output of the 2021 Silverado, along with the 2021 Sierra, will begin this month.

The Silverado will also feature increased trailering capacity on models equipped with the 2.7-liter turbo engine and the 3.0-liter Duramax turbodiesel engine.

Chevy and GMC also slashed the sticker prices of the diesel-powered pickups by $1,500.

Both brands’ pickups will feature new trailering technology: a trailer length indicator, which helps with lane changes, and a jackknife alert, which alerts the driver of potential jackknife situations.