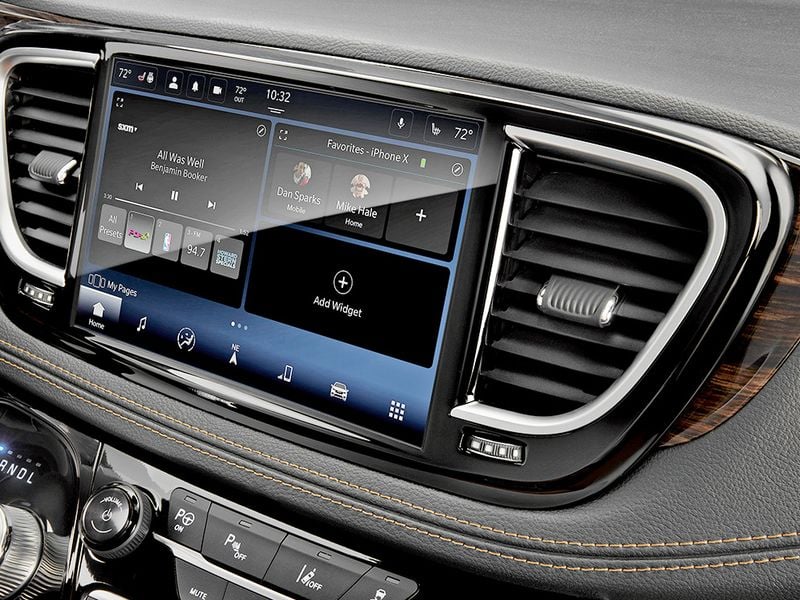 As team members made changes, Galante would get texts alerting him to try it out on his prototype. He said this is the way they have to work. Speed is critical.

In fact, working that way might even be a little quicker in some aspects, Galante said. Relaying ideas, which may have required a presentation previously, can be as simple as zipping texts back and forth.

“It would have taken a little bit of time,” Galante said. “Now that we’re so used to this really iterative, quick communication, [I] just get a text. Before, they’d have to prepare something, and now it’s like, ‘No, no, he’s there, he’s available, let’s just ask.’ ”

While the home prototypes have been invaluable to refining the system, the true proving ground is the vehicle itself. Uconnect 5 appears to be passing that test with Galante’s children, ages 9 and 6.

The youngsters jumped in a Jeep Grand Cherokee equipped with the prototype unit and learned the system within a few seconds.

“I just put it in front of them, and they’re very curious. They were making pages and changing widgets and moving things around. I didn’t have to say a thing,” Galante said. “As soon as I saw that — I mean it was 30 seconds and they had their own screens built. I said to myself, ‘OK, I think we got something here.’ ”

Galante’s mother got in on the act, too, and was able to pick up on the intricacies of the system.

Working from home, he said, has yielded an unforeseen benefit.

“Designers, when you’re more comfortable, when you’re more in your element, it’s a little easier to be even more creative, come up with new ideas and do all those things,” he said. “A nice surprise of all this has been all of us designers are in our comfort zone. I’ve actually seen an explosion of creativity that I didn’t expect.”