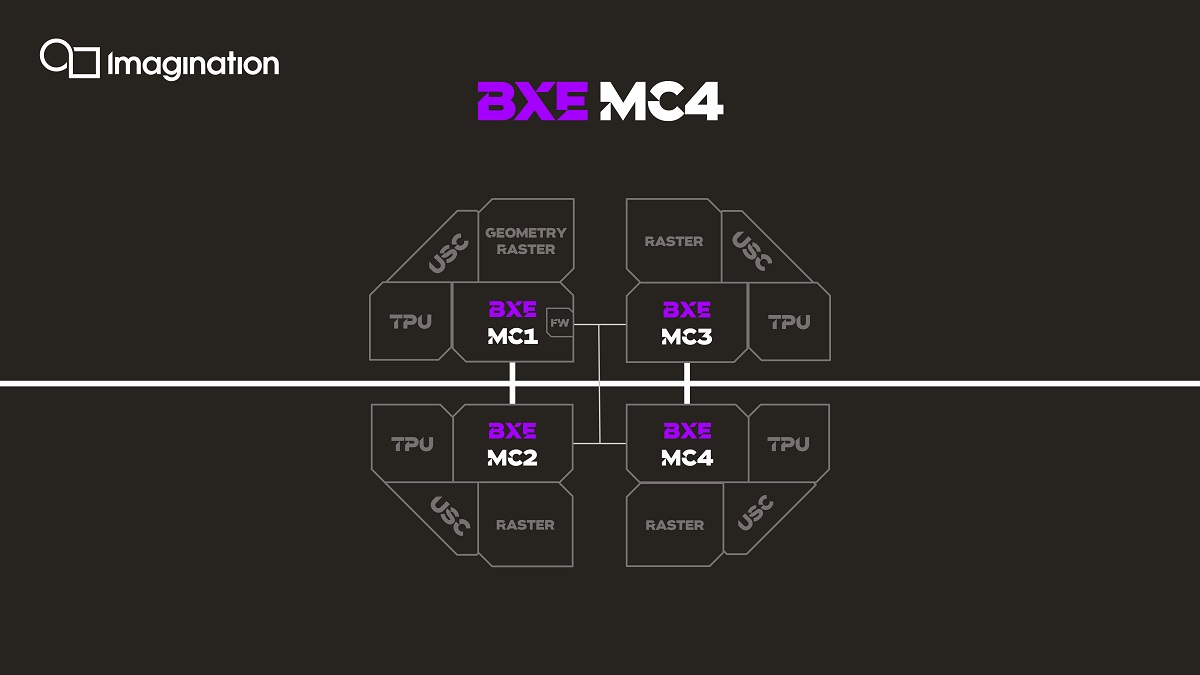 Imagination Technologies has announced its PowerVR IMG B-Series, a new series of graphics processing unit (GPU) chip designs with multi-core customization for a variety of markets.

The graphics chip designs can deliver up to six teraflops of performance when used with the high-end configuration. And the four families of the GPUs can be used with internet of things devices, low-end to high-end smartphones, cloud computing systems, digital TVs, desktops, and autonomous cars.

The new designs are Imagination‘s latest intellectual property, which it licenses to chip makers. The company designs the GPUs and chip makers customize it to their needs and then manufacture the chips. The earliest customer chips are expected to hit the market in the second half of 2021, said Kristof Beets, senior director of product management at Imagination, in an interview with VentureBeat.

The B-Series at the high end of the market with four cores promises a 30% reduction in power and 25% size reduction over previous generations and a 2.5-times higher fill rate than competing cores. Imagination said that the high-end tech could be used in chips for future game consoles or desktops.

“Our customers asked me the hard question, ‘Could you make those two GPUs work together and act like a bigger GPU?’ And that is exactly what we did in response to those market requests with B-Series,” Beets said. “These cores can either work on the same problem or operate independently on different applications.” 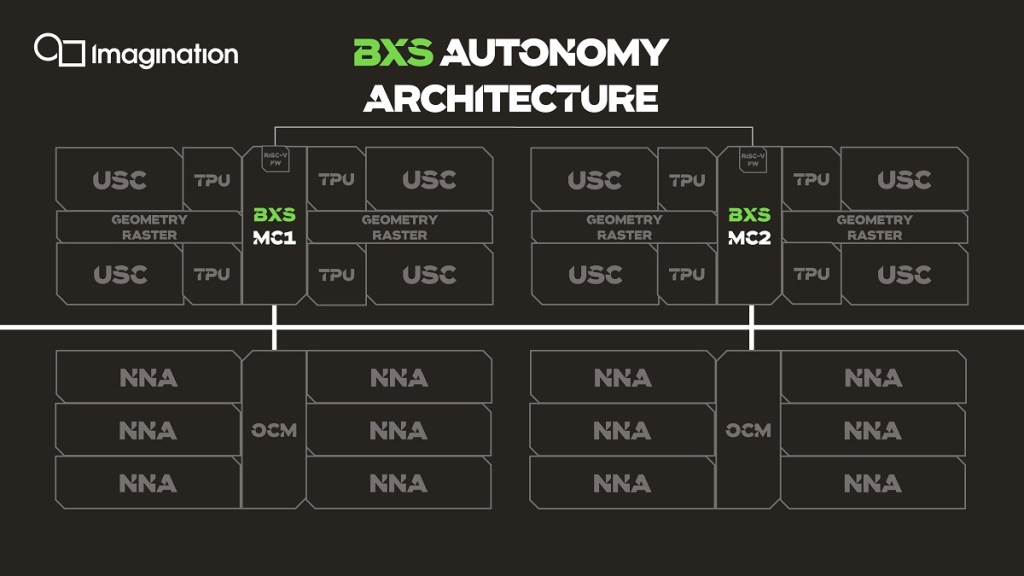 B-Series is a further evolution with as many as 33 different configurations. One example is that you can take the cores and make a chiplet out of them. Chiplets can be combined with other chiplets to make more complex chips. A GPU could also be used to back up AI neural networking processing if more horsepower is needed.

“That makes it much cheaper to design your GPUs,” Beets said.

B-Series also contains the first ISO 26262-capable cores, which are safety compliant, with IMG BXS providing a wide range of options for automotive. Those cores can range from small, safety-fallback cores, to multiple teraflops of computing for advanced driver-assistance systems (ADAS) and high-performance autonomous vehicles.

IMG B-Series is available today and already has lead licensees for every product family. In the sub-families, BXE offers primary and secondary scaling, where one core does most of the work, and the other cores handle supplemental tasks. The cores are connected via HyperLane for multitasking.

The BXT and BXM sub-families feature multi-primary full-core scaling. That means they can combine the power of all of the cores to deliver maximum single-app performance, or they can enable different cores to run independent applications. And the BXS automotive cores have a multi-primary design for performance scaling as well as safety checks that are performed across cores to confirm accuracy.

Beets said he expects high-end solutions to launch first in the second half of 2021. Beets said the graphics also have ray-tracing features, which improve shadow and lighting effects and have been a mainstay of rival Nvidia’s graphics-chip strategy. 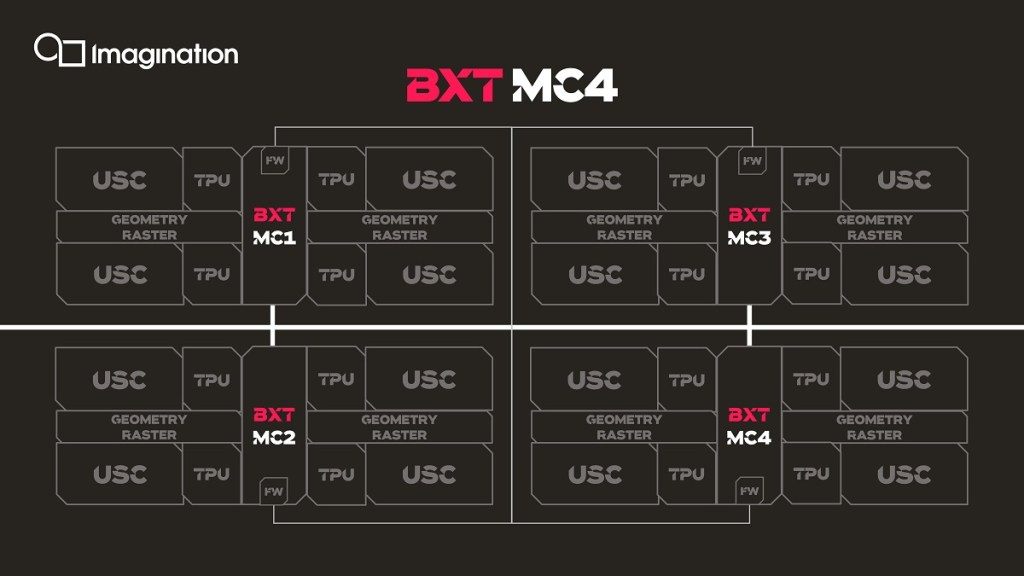 IMG B-Series also includes IMGIC, an advanced image compression technology that provides bandwidth saving options. It offers up to four levels of compression, from pixel-perfect lossless modes to an extreme bandwidth-saving mode, which offers a guaranteed 4-to-1 or better compression rate.

This gives more flexibility for chip designers to optimize either for performance or to reduce system costs while maintaining a good user experience. IMGIC is compatible with every core across the B-Series range, bringing the benefits of compression to even the smallest cores.