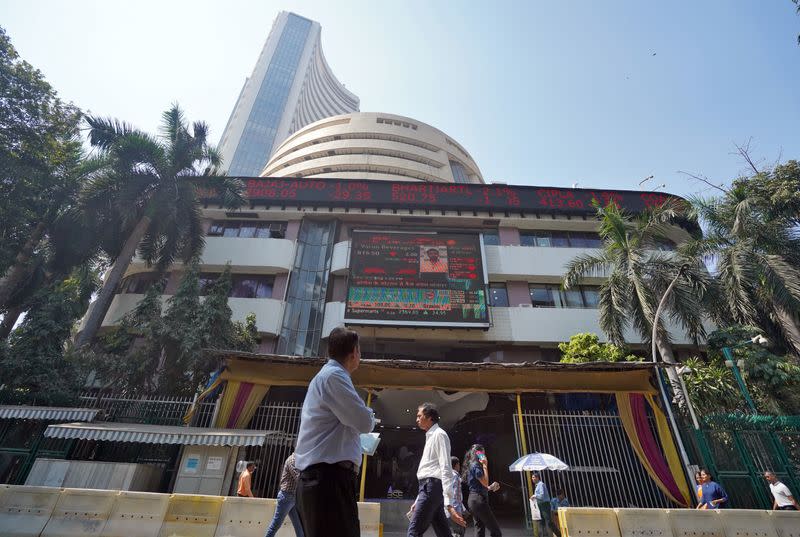 BENGALURU (Reuters) – Indian shares ended flat on Friday, as an agreement between India and China to de-escalate tensions on their contested border offset some negative sentiment from a continued selloff in U.S. tech stocks overnight, while investors also awaited industry data.

The country will be releasing its industrial output data for July later in the day. A Reuters poll forecast a fourth straight month of decline.

India and China said they had agreed to disengage troops on their contested Himalayan border and take steps to restore “peace” following a high-level diplomatic meeting in Moscow.

The Nifty Auto Index ended 0.15% higher, after the country’s auto industry body said total domestic passenger vehicle sales for August were up 14.2% on the year.

India’s most valuable bank HDFC Bank Ltd and mortgage lender Housing Development Finance Corporation were the top drags on the Nifty, ending down 1.1% and 0.5%, respectively.

IT major Tata Consultancy Services Ltd, which closed 1.8% higher, and consumer goods giant Hindustan Unilever Ltd, which ended up 1.2%, were the top boosts to the Nifty.

What the Presidential Campaign Can Teach Us About Sales and Marketing