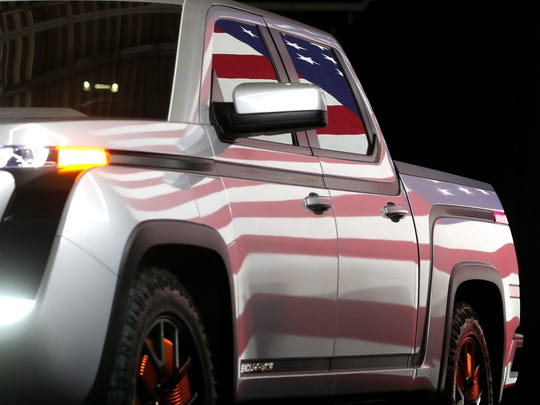 Fact-checkers quickly tore holes in President Donald Trump’s assertions last week that new auto plants are being built in Ohio and other states “at a level that we’ve never seen before.”

“You better vote for me, I got you so many damn car plants,” Trump said Thursday in Michigan.

No new auto plant has opened in Ohio during Trump’s presidency, although electric trucks are scheduled to roll off the line soon at GM’s former Lordstown plant near Youngstown.

Only one new major assembly facility in Michigan has been announced during Trump’s term, according to a Detroit Free Press story about the president’s “wild claims about revitalizing the auto industry.”

The Washington Post gave Trump the maximum four “Pinocchios” for saying many auto plants “are being built right now” in Ohio, Michigan, and South and North Carolina. Neither Carolina has gotten a new plant since ground was broken on two in 2015 during Barack Obama’s presidency.

In fact, the Center for Automotive Research says there were $64 billion in automaker manufacturing investment announcements during Obama’s final three years versus $40 billion during Trump’s first three years, The Post said.

As stories emerged last week that Donald Trump’s reelection effort is facing a cash shortage despite raising $1.1 billion, the president’s campaign remained off the airwaves in Ohio after an extensive presence earlier this summer.

In contrast, Democratic challenger Joe Biden’s ads are appearing on Ohio voters’ screens less than a month before early voting starts — although Trump says he’s concentrating on markets that spill over into neighboring Michigan and Pennsylvania.

Trump visited Ohio last month; his namesake son was in Lima last week; and Vice President Mike Pence is slated to hit Zanesville on Tuesday. Neither Biden nor running mate Kamala Harris, who only recently began in-person campaigning again due to the coronavirus pandemic, has seen the Buckeye State in months.

Meanwhile, the Trump campaign sent a fundraising appeal last week, offering to give donors a $1,000 bill with Trump’s image.

Beth Hansen, former Gov. John Kasich’s chief of staff who ran his presidential bid in the last election, is again among four former campaign managers for Trump’s 2016 GOP rivals assembled for a panel by Politico. Last week, they assessed the 2020 race after the parties’ conventions.

However, she agreed with one of her counterpart’s assessments that this election will see the biggest turnout in American history. And record-breaking turnout means Trump loses, Hansen said.

“If turnout goes up, it’s not going up for him.”

But she said that any “October surprise” likely would impact Biden, because voters by now are almost immune to a surprise from Trump, who “can say anything” and not lose support.

Because of the COVID-19 pandemic, public tours of the Statehouse are being offered this week on the Ohio Statehouse Museum Education Center’s Facebook page.

The virtual tours begin at noon Monday through Saturday as part of the Ohio History Connection’s statewide Ohio Open Doors program. Each day has a different theme, from civil rights on Wednesday to a look at the Statehouse cupola on Thursday to the facility’s art collection Friday.

This report was provided by the Columbus Dispatch, part of the USA TODAY Network.

Google Chrome may offer automatic tab groups in the future

Auto firms should cut royalty payment to parent cos: FinMin : The Tribune India