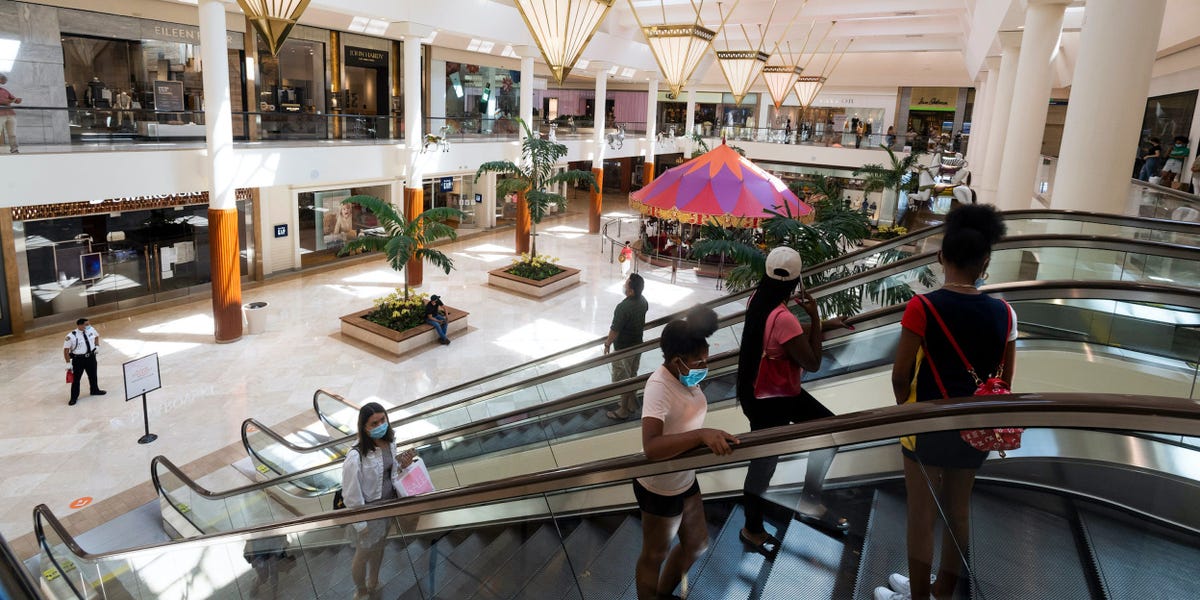 Consumers spent less than expected at retailers in August as the economy continued its rebound from coronavirus lockdowns.

US retail sales increased 0.6% last month, falling short of the consensus economist estimate of 1%. The reading marks an slowdown from July’s 1.2% climb.

In all, last month’s jump was the fourth straight increase after the gauge tanked in April. Retail sales data are among the few economic indicators showing a V-shaped through the pandemic. The metric was somewhat boosted by economic relief payments and expanded unemployment insurance included in the $2.2 trillion CARES Act.

Read more: Anthony Angotti quit his 9-to-5 career to pursue real-estate investing full time. Here’s the strategy he’s used to balloon his portfolio to 89 units after an initial duplex investment.

However, the pace of retail sales’ rebound slowed through the end of summer as stimulus programs dried up and Americans remained cautious of reopening risks.

Other gauges including weekly jobless claims, purchasing managers’ indexes, and credit-card spending reports show the US recovery losing steam in recent months. The resurgence of virus cases in July and August drove many Americans back into quarantines and slammed businesses already struggling through lockdowns. Though new cases have trended lower for several weeks, the rate of improvement is weakening.

“It must be noted that overall retail sales in August were nonetheless 2.6% higher than they were at the same time last year, making retail consumption one of the fastest-recovering areas of the US economy,” Cailin Birch, global economist at The Economist Intelligence Unit, said in a statement. “But without a doubt, the momentum of this recovery has stalled, and we believe the US economy has several hard months ahead.”

August’s retail sales slowdown comes as Congress remains deadlocked in negotiations for a second stimulus measure. Democrats argue a new package should include at least $2.2 trillion in relief spending, while the White House indicated it wouldn’t sign a bill with more than $1.3 trillion in aid.

Senate Republicans teed up a $500 billion “skinny” proposal last week that included a $300 per week expansion to unemployment benefits and aid for small businesses. Democrats blocked the bill’s passage and deemed the package too small to meaningfully pad against the current economic slump. Republican Sen. Rand Paul also voted against the measure, criticizing the argument for more federal spending.