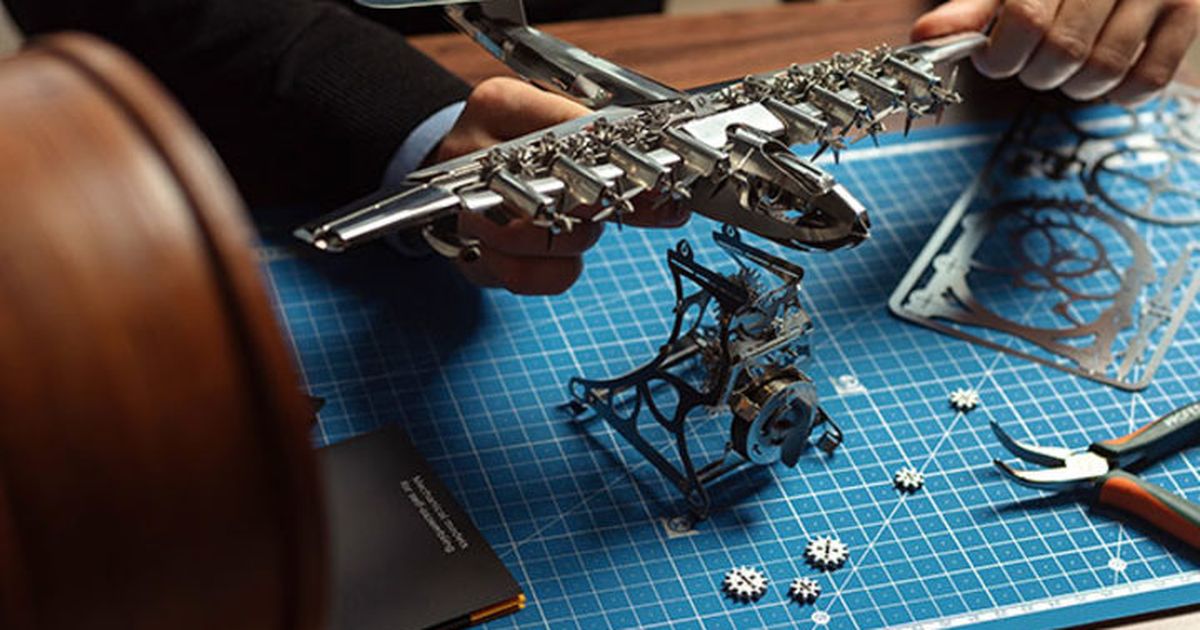 After months of staying home, perhaps you’ve done enough sourdough baking to last a lifetime. As we head into winter, it’s time to mix it up.

These cool DIY kits, which are all an extra 20% off through September 21 with the coupon code VIPSALE20, will help you build cool gadgets and models like programmable cars, game consoles, and more. That’s right: a new hobby!

Check them out below.

Take on the challenge of constructing a game console yourself with the MAKERbuino Educational DIY Game Console. Usually $79.99, this unique product is an extra 20% off with code VIPSALE20, bringing the price to about $64.

If 3D printing is more your style, you can build high-quality models at an affordable price, courtesy of the SparkMaker Original SLA 3D Printer Starter Bundle. Use the promo code VIPSALE20 to pick it up for just under $156 (normally $320).

Add a totally unique knickknack to your bookshelf or desk with the Royal Voyager Metal DIY Model Kit, which will help you build a rockin’ model car. Normally $79, use the promo code VIPSALE20 to drop the price down to around $64.

This DIY Robotic Art Kit was made for kids ages six to nine, but age is really just a number, right? It’ll teach whomever picks it up the fundamentals of art, science, and robotic technologies, and it’s only around $36 with code VIPSALE20 (normally $69).

Slightly older kids from ages eight to 10 (or kids at heart) will love the DIY Robot Curiosity Kit. It also doubles as an effective STEM learning kit. Just don’t forget to use the code VIPSALE20 and you’ll get it for about $80, a significant drop from its original price of $119.

Dive into the exciting (exciting!) world of circuit concepts with this set of Circuit Scribe: DIY Circuit Kits. It’s on sale for a little over $26 with the code VIPSALE20.

This Hot Tractor Metal DIY Model Kit yields a miniature replica of the K700 tractor. It’s on sale for $20 with the discount code VIPSALE20.

The Marvel Tank Metal DIY Model Kit is inspired by World War I tanks and makes a pretty cool decoration once it’s built. It normally costs $69.95, but use the promo code VIPSALE20 to drop the price down to about $56.

Plane lovers, the Heavenly Hercules Metal DIY Model Kit is the kit for you. Snag it for only $96 by entering VIPSALE20 at checkout.

This liquid plastic can be a a huge step up from glue for holding parts in place, and for a limited time, you can buy it for about $18. Just don’t forget to use the code VIPSALE20.

Build a sophisticated metal model car via the Glorious Cabrio Metal DIY Model Kit, which is designed for ages 14 and up. When you use the promo code VIPSALE20, it’ll cost only $48.

The SunFounder PiCar-V Kit V2.0 has a build time of between four and five hours and doubles as a great opportunity to learn Raspberry Pi. Use the promo code VIPSALE20 to drop the price on this from $115 to just $84.

The Dazzling Steamliner Metal DIY Model Kit makes a great gift and an impressive collector’s piece. You can snag one for just about $128 using promo code VIPSALE20.

Who doesn’t both want and need a mysterious clock? Typically this kit would cost you around $55, but with the code VIPSALE2020, you can order one for just $44.

With the SunFounder Nano DIY 4-DOF Robot Kit, you’ll build a robot named Sloth (really) that you can program to walk, kick, and even dance. With the promo code VIPSALE20, it’ll cost just under $38, a significant drop from its original price of $59.

Build tiny robots with the Smart Nano Bots PCB Construction Set. The kit usually costs $99, but you can drop it down to $59 with the promo code VIPSALE20.

In addition to a DIY game console, your kids can create their own mobile phones with the Kickstarter-funded Ringo DIY Mobile Phone Kit and Tools. It takes around five hours to build and is made for ages 11 and up. Pick it up for $144 after entering the promo code VIPSALE20.

The DIY Bionic Robot Lizard can help you learn robotics, electronics, and programming. It’ll only costs $44 with promo code VIPSALE20, down from its usual price of about $65.

Do you sometimes just need a hand? You can literally build one with the SunFounder Robotic Arm Edge Kit. This impressive kit would generally cost $69, but when you use VIPSALE20, the cost drops to around $44.