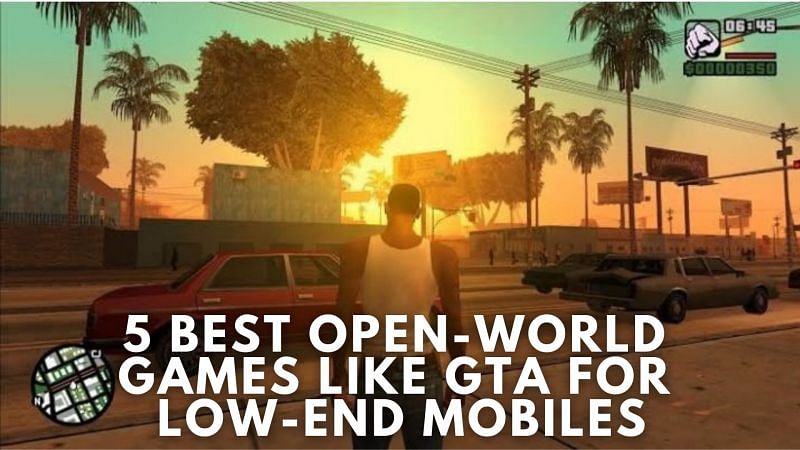 Five games from the GTA franchise have been adapted for mobile platforms till now. The franchise has taken its spot at the top of the mobile gaming industry as well.

The open-world of crime that the GTA franchise has offered to the players is incomparable with other titles of a similar theme. GTA games are best played on high-end mobile devices.

But before you feel disheartened, there are quite a few alternatives to GTA that present a similar open-world and can be played on low-end devices as well.

Grand Gangsters 3D is set in an open-world map, which has over four different districts to explore. The game itself has elements that borrow heavily from the GTA franchise. The player must undertake various missions while exploring the city and the aim will be to take over all the districts with violence and crime.

The game also allows the player to steal cars, engage in high-speed chases while running from the police, as well as take down rival gangs by gunning them down using the arsenal that the game provides.

San Andreas Gang Wars is an excellent alternative to GTA, which is very heavily inspired by the gameplay of San Andreas. The game even includes a protagonist that looks a lot like CJ, the unlikely hero of the GTA game.

The game follows the same pattern as any GTA title, featuring an open-world map that allows players to free-roam. The other focus is on gang violence, which means that the player will have to fight many rival gangs and undertake missions to take them down.

The game does, however, add a lot of hilarious features like a magic rope that allows you to move quickly across the city and live out your Spider-Man fantasies. Your character also has a Landing skill which prevents you from taking damage when jumping off from the higher ground.

LA Stories is a game that hopes to build on the legacy of the GTA franchise by sculpting gameplay that revolves around committing various crimes to rise through the ranks and rule the city.

With a fleet of cars, motorcycles, boats, and planes, the player has complete freedom to explore the vibrant and vicious city of Los Angeles. The player can also take on rival gangs and engage themselves in various missions in order to facilitate the growth of their criminal empire.

Real Gangster Auto Theft is a game about crime, based on the open-world map of Miami, in which the players must do all in their power to expand their criminal empire. Much like GTA, the game has a wide selection of vehicles that can be commandeered right off the road to explore the map.

The game also focuses on gang rivalries as well as action-packed missions and assassinations that the player can choose to undertake. The game has a simple interface as well as easy to master controls that make this a great alternative to GTA.