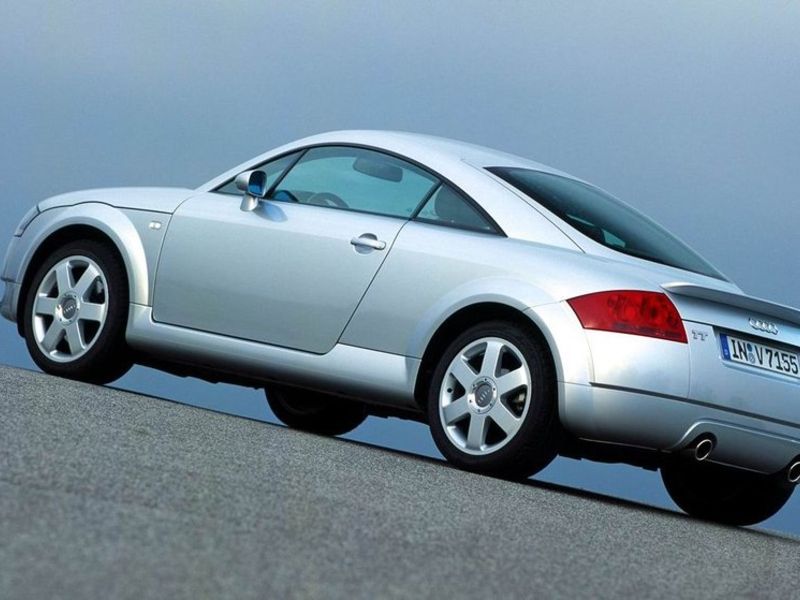 The coupe featured a simplified nose, tail and roofline, with nearly horizontal speed lines streaking back from the headlights to the wraparound taillights.

Audi described the interior in simple terms: “as much as necessary and as little as possible.”

It was powered by a 1.8-liter, four-cylinder engine borrowed from the A4, a manual transmission and Quattro all-wheel drive. While the press and show visitors heaped praise on the TT, Demel insisted it was a design study, not a preview of a production model.

At the 1995 Tokyo auto show, Audi introduced another concept, named TTS. It expanded the TT family to include a convertible and powerful roadster with a turbo-four tuned to deliver 225 hp at 5,900 rpm.

The first-generation production TT made its debut at the 1998 Paris auto show. It featured aluminum elements in the interior, progressive wheel design, a short, spherical gear knob and round, closely spaced tailpipes. For the first time, Audi employed a dual-clutch transmission in a production model — known as S Tronic.

The roaster went on sale in the U.S. for the 2000 model year, and the convertible followed for 2001. Both TT variants were equipped with a turbocharged, 1.8-liter four-cylinder engine with 180 hp. Audi later offered a 225-hp engine and Quattro.

Audi announced plans in 2019 to drop the TT to focus on electrification and as the market continued to shift away from cars to light trucks.