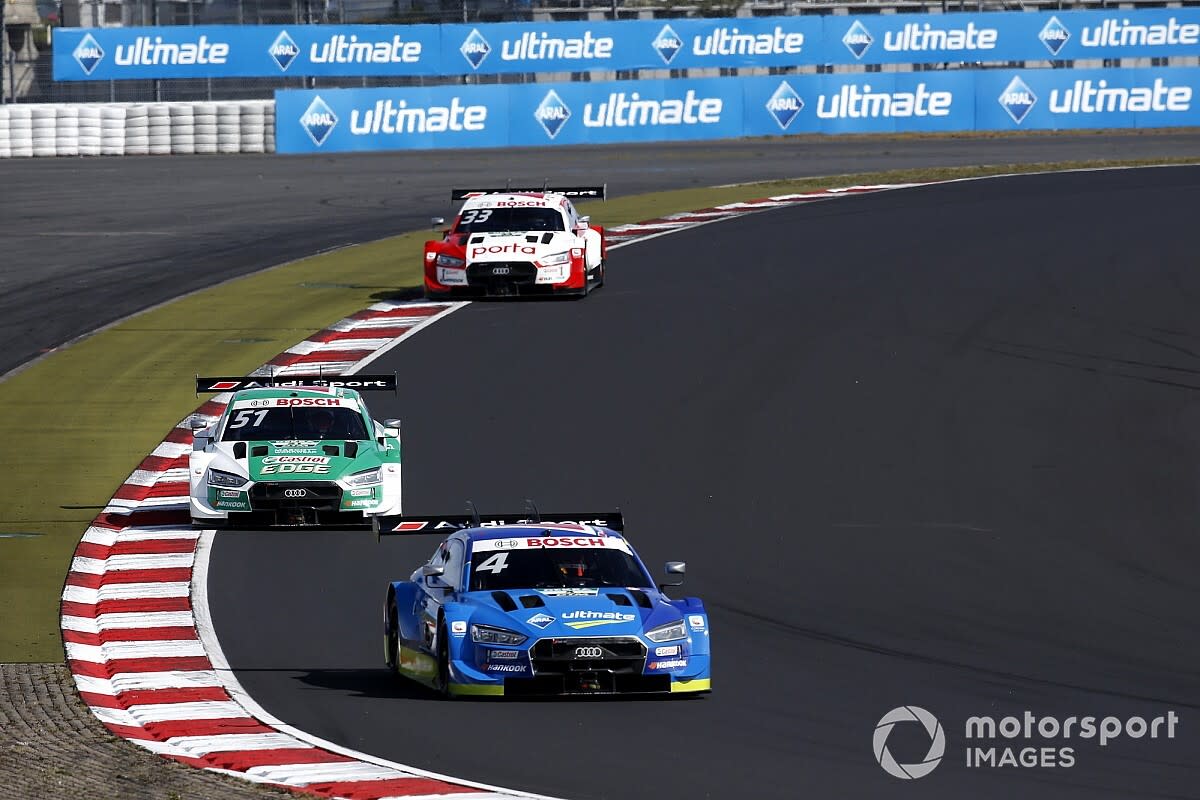 Audi has been the dominant force in the second season of the Class One era so far, having won 10 of the 12 races in the opening six rounds of the campaign.

This has allowed the Ingolstadt-based marque to open up an unassailable 470-point lead in the championship over sole rival BMW, which has scored less than half of Audi’s total haul of 827 points (356).

It marks the earliest point a manufacturers’ title has been sealed since the rebirth of the DTM in 2000, Audi improving on its own record from 2019 when it took it 14 races to achieve the feat.

Audi has now won six titles in the revived era of the DTM as a manufacturer, following its previous triumphs in  2004, 2014, 2016, 2017 and 2019, leaving it just behind Mercedes’ record of seven championships. BMW, which joined the category only in 2012, by contrast has won three titles.

“It was striving to end our DTM activity on a high, bringing home the title so early through the season is the first step.

“Obviously that’s what we are targeting for, to go out on a high. To win not only the manufacturers championships, the others are still up for grabs. We continue focusing on that.

That is pure ‘Vorsprung durch Technik.’

“I would like to thank the entire team and the employees in Ingolstadt, Neuburg and Neckarsulm for again putting so much effort into this last season with the Class one cars.”

Audi also appears on course to win both the teams’ and the drivers’ crown, and if it does so it would repeat its feat from 2019 when it secured a clean sweep of the three DTM titles at the advent of the Class One era.

The teams’ championship is effectively secured for Audi, with the fight limited to its three squads Abt, Phoenix and Rosberg.

Nico Muller and Robin Frijns’ strong run of results has put the Abt team at the top of the standings with 466 points, 218 points clear of the Rosberg team which fields two-time drivers’ champion Rene Rast and DTM stalwart Jamie Green.

In the drivers’ stakes, Muller, Frijns and Rast are locked in a tight battle, the trio having scored all 10 of Audi’s wins so far between them.