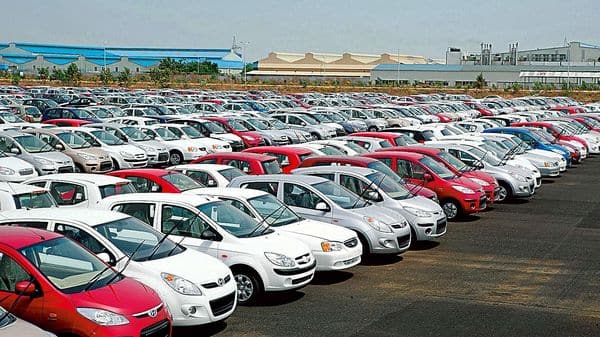 The government has made drastic changes to an incentive scheme for automobile and auto parts exporters leaving companies unable to claim adequate subsidies starting September, two people aware of the matter said.

The decision comes at a time when their balance sheets are strained due to weak domestic sales following the covid pandemic and an economy that continues to contract.

According to industry watchers, these companies typically avail of subsidies worth ₹2,000 crore annually from the government under the merchandise exports from India scheme (MEIS) that was introduced in 2015 to improve export competitiveness. This year, however, the director general of foreign trade (DGFT) decided to limit the claim of every vehicle manufacturer to ₹2 crore per claim in September to December period. The DGFT has so far not made any announcements for January to March.

So far, the claims, which are linked to export shipments, did not have a monetary cap.

Both the people cited above said on condition of anonymity that they are not aware of what prompted the government decision but believe it could be due to substantially lower revenue collections this year.

The step, however, runs counter to the government’s plan to turn India into a production and exports hub for automobiles and related components. The Modi administration is separately planning to introduce a production linked incentive scheme for exporters of automobiles and spare parts in the coming months.

Three of India’s biggest vehicle exporters: Hyundai Motor India Ltd, Bajaj Auto Ltd and TVS Motor Co. Ltd are among those that are likely to be most impacted by the government decision.

Bajaj Auto, Hyundai and DGFT did not respond to queries emailed on Sunday. A spokesperson for TVS Motor declined to comment.

The MEIS scheme provides incentive in the form of duty credit scrip to an exporter to compensate for his loss on payment of duties ranging from purchasing raw materials, manufacturing and shipping. The incentive is paid as a percentage of the total value of the goods on board for a particular notified or mentioned market.

To determine the quantity of incentive, these countries have been segregated into three groups, according to the Engineering Export Promotion Council of India.

The first person cited above estimated the incentives in the first four months of the fiscal at a modest up to ₹40 crore, considering the strict lockdown in April and May which hurt production and exports. These claims are expected to grow substantially from August as the exporting companies raised production in line with the lifting of lockdowns in India and other countries. “Automakers have been requesting the government to release payments and allow them to register the claims for the coming months which can be paid later. Exporters in other sectors have also been impacted due to the non-receipt of payments and the cap introduced by DGFT,” the person said.

Avik Chattopadhyay, founder, Expereal, a brand consultancy firm, said the government “should not have put the cap of ₹2 crore and could have informed vehicle exporters that their claim would be settled once the economy is back on track.”

“These subsides are important for manufacturers to decide on the selling price of their exported products,” Chattopadhyay said.