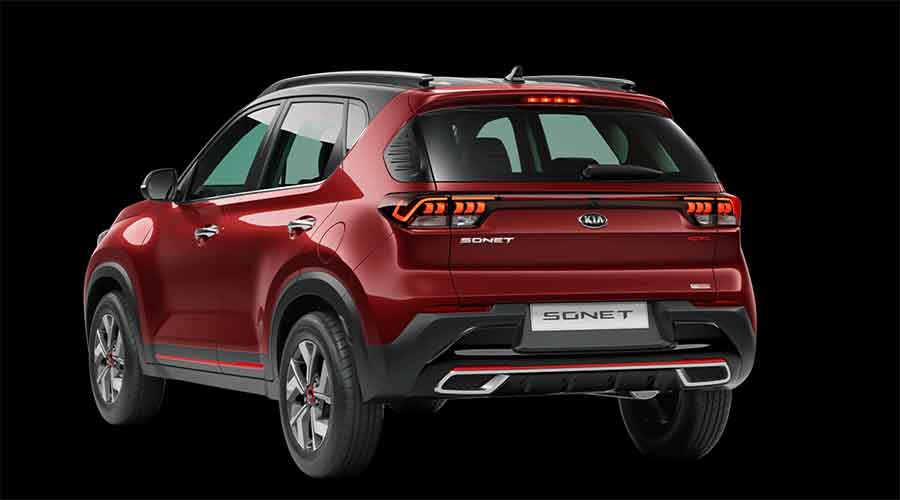 The Sonet by Kia Motors has received 25,000 bookings and is being produced at the company’s manufacturing unit at Anantapur, Andhra Pradesh

Auto makers are launching models to build excitement and ramp up demand in a moribund market.

Buyers have been buffeted with four models last week — Korea’s Kia is offering the Sonet its first compact SUV, while Skoda has rolled out compact sedan Rapid TSI. In bikes, BMW has vroomed out with Motorad, while Ashok Leyland has hit the roads with a light commercial vehicle.

Kia Motors has launched the Sonet at an introductory price of Rs 6.71 lakh, ex showroom, pan India. The compact SUV will directly compete with sister company Hyundai’s Venue in a similar price range. The Sonet is being offered across 17 variants, including two petrol engines, two diesel engines (WGT & VGT configurations), five transmissions and two trim levels — Tech Line and GT-Line. The Sonet has received 25,000 bookings and is being produced at the company’s manufacturing unit at Anantapur, Andhra Pradesh.

Kookhyun Shim, MD and CEO at Kia Motors India, said “Given the enthusiastic reception it has already received, we are extremely excited about introducing Kia’s latest made-in-India car for the world, the Sonet, in India.”

The Rapid has a new engine mated to a six speed torque converter.

Premium bike maker BMW Motorrad India has launched the BMW R18 , marking the brand’s entry into the cruiser segment. The R18 can be ordered as a completely built-up unit (CBU) through the BMW Motorrad dealer network at a price range of Rs  18.9 lakh to Rs 21.9 lakh.

In the commercial vehicle segment, Ashok Leyland launched a  platform called Phoenix together with the first product based on the platform, Bada Dost. The company aims to garner 65 per cent of the market share in the LCV segment by launching products every three months based on its new Phoenix platform.