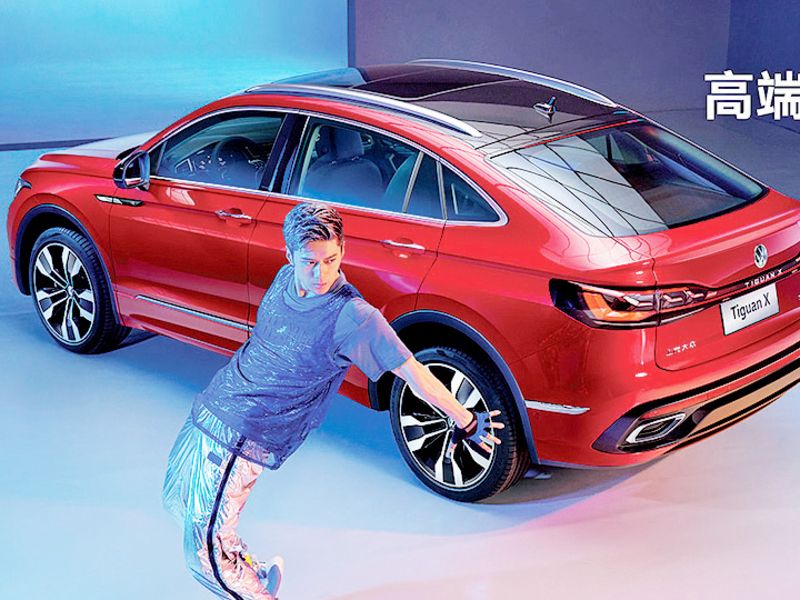 SHANGHAI — Just like Americans, Chinese shoppers are developing an insatiable appetite for crossovers and SUVs. And that is where automakers are targeting a growing number of their products.

At the Beijing auto show, opening Saturday, Sept. 26, global brands will attempt to wow audiences with new vehicles for those segments.

Two years ago, Volkswagen, the market’s largest car brand, went on what it called an “SUV offensive,” expanding its offerings of crossovers and SUVs from three to 10.

At the Beijing show, the German brand will step up that offensive. Two of the three new products to be staged are crossovers — a sporty version of the Tiguan crossover known as the Tiguan X and the ID4, the first locally produced model for its ID EV brand. The third model will be an all-new Golf sedan. All three vehicles will arrive in the market over the next few months.

But the VW brand plans to grow from 10 crossovers and SUVs to 16, and to boost the segment’s share of its sales from 31 percent to 50 percent by the end of 2021, VW Group China CEO Stephan Woellenstein has said.

Chinese sales are migrating in that direction.

Although China’s light-vehicle market has been contracting for the past two years, crossovers and SUV market share has continued to grow. In 2019, crossovers and SUVs accounted for 44 percent of China’s overall sales, up from 41 percent in 2017, according to the China Association of Automobile Manufacturers.

This year, despite the negative impact of the coronavirus outbreak, the segment grew again, reaching 47 percent for the first eight months.

What is leading Chinese car shoppers to abandon other types of vehicles boils down to driving experience, according to Wang Zhixiong, an SAIC-VW retailer in the east China city of Danyang.

“These vehicles are fun to drive as they offer more space and a better view for drivers than sedans,” he said of crossovers. SAIC-VW is VW Group’s joint venture with SAIC Motor Corp., which markets vehicles for VW brand.

Wang said he’s glad to see VW further expand the lineup of crossovers and SUVs. Most of the new crossovers VW has introduced in recent years have been built and distributed by FAW-VW, the German auto giant’s partnership with China FAW Group.

The Tiguan X and ID4 will be built at SAIC-VW and will be marketed via the joint venture’s dealerships, like his store.

Ford is not missing out, either.

At the Beijing show, Ford will display eight models for Chinese consumers. Except for the F-150, Mustang and the new Focus, the rest will be crossovers and SUVs. They are the electric Mustang Mach-E, making its China debut, as well as the all-new Territory, Escape, Explorer and face-lifted Edge, according to information Ford disclosed last week.

Toyota’s Lexus brand will showcase special editions of three existing hybrid products, two of which are crossovers: the NX 300h and extended RX 450h. The third model will be the ES 300h sedan.

Hyundai also intends to raise its crossover profile for the Beijing show. The only all-new China-market product the Korean automaker will present this week will be the fifth-generation Tucson crossover.