AutoNation (AN) Has Risen 22% in Last One Year, Outperforms Market 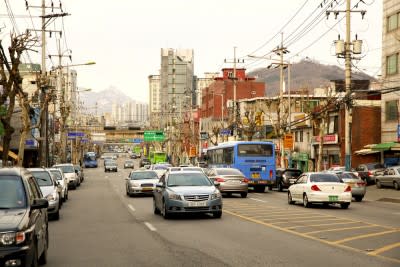 On August 23, 2019, Broyhill Asset Management had released its Q2 2019 investor letter. AutoNation Inc. (NYSE:AN) stock has posted a return of 22.4% in the trailing one year period, outperforming the S&P 500 Index which returned 15.5% in the same period. This suggests that the investment firm was right in its decision. On a year-to-date basis, AutoNation Inc. (NYSE:AN) stock has risen by 19.8%.

Let’s take a look at comments made by Broyhill Asset Management about AutoNation Inc. (NYSE:AN) stock in the Q2 2019 investor letter.

“We also established a position in AutoNation (AN) in the first quarter of the year, and subsequently increased our investment as our conviction in the thesis grew. We believe that investors are so worried about new car sales, an increasingly competitive environment, and technological changes, that they aren’t giving the firm’s stable, high-margin, parts and service business enough attention. Gross margins on new and used vehicles have been declining for years, maybe decades. Yet, throughout this period, dealerships have remained extremely profitable businesses. These are not static entities frozen in time. They adapt. They evolve. Good management teams do this better than others. And we believe leadership at AN is best in class.

Management understands the challenges facing new and used car sales. The internet has been “a thing” for a while now. And dealerships have successfully offset increased price transparency (which is good for the consumer) with the addition of higher value services (also good for the consumer). As this transition has accelerated in recent years, so has management’s attention to alternative sources of profit. And as management teams have realized how easy it is to gain share in parts and service from independents, the quicker this segment has grown. While the new car showroom is perhaps the more exciting part of the business where dealerships invest heavily in the space and in incentives for their sales team, the parts and service business is the bread earner. The back of the house doesn’t look nearly as sexy as the showroom, but dealers should be happy to trade front-end sales for back-end sales. When we step back to think about it, it’s just silly that the market is worried about the possibility of sales shrinking on a 4% to 6% margin business when it’s being offset by strong and consistent growth in a 45% to 50% margin business.

On our math, even assuming a continued decline in new and used vehicle sales over the next five years, it’s hard to see how AutoNation loses money. The analysis below assumes new vehicles, used vehicles, and finance and insurance profits (Variable Gross Profit) all decline at the same rate. While our base case assumes a steady decline in new vehicle sales, we think there’s a strong case to be made that used vehicle profits and finance and insurance profits hold up better. Consider that in the most recent quarter, new car sales across publicly traded dealership groups declined 6% while used car sales increased 6% year-over-year.

With the market expecting Auto Armageddon, what’s the likelihood that AN shares are valued lower in five years than they are today if gross profit grows 2% – 3 % annually over that period? We think the odds are in our favor.

Assuming continued improvement in SG&A—which fell from 74% to 72% of Gross Profit in the past six months—and continued repurchases—management has bought back half the stock over the last decade—operating profit should grow at a much better pace over the coming years. If AN posts doubledigit EPS growth for the next five years, even while new car sales slow, will investors continue to reward the stock with a single-digit multiple? Probably not. Shares of AN gained 18% in the half and tacked on an additional 16% in the month of July.”

The top 10 stocks among hedge funds returned 185% since the end of 2014 and outperformed the S&P 500 Index ETFs by more than 109 percentage points. We know it sounds unbelievable. You have been dismissing our articles about top hedge fund stocks mostly because you were fed biased information by other media outlets about hedge funds’ poor performance. You could have doubled the size of your nest egg by investing in the top hedge fund stocks instead of dumb S&P 500 ETFs. Below you can watch our video about the top 5 hedge fund stocks right now. All of these stocks had positive returns in 2020.

At Insider Monkey we leave no stone unturned when looking for the next great investment idea. We read hedge fund investor letters and listen to stock pitches at hedge fund conferences. We go through lists like the 10 most profitable companies in the world to pick the best large-cap stocks to buy. Even though we recommend positions in only a tiny fraction of the companies we analyze, we check out as many stocks as we can. You can subscribe to our free enewsletter below to receive our stories in your inbox:

Disclosure: None. This article is originally published at Insider Monkey.