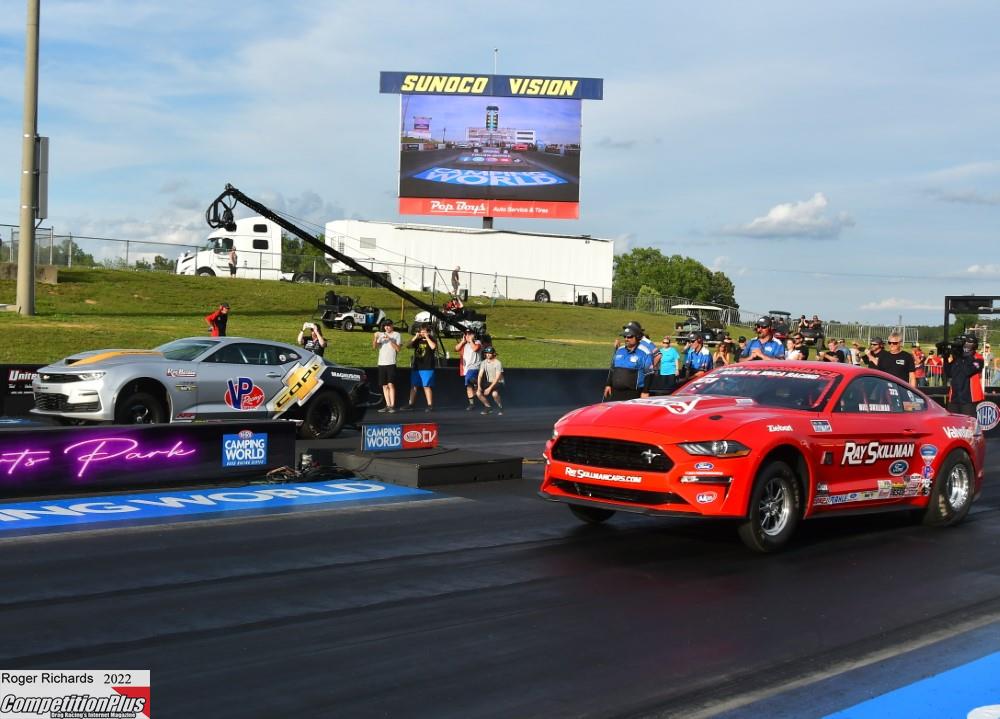 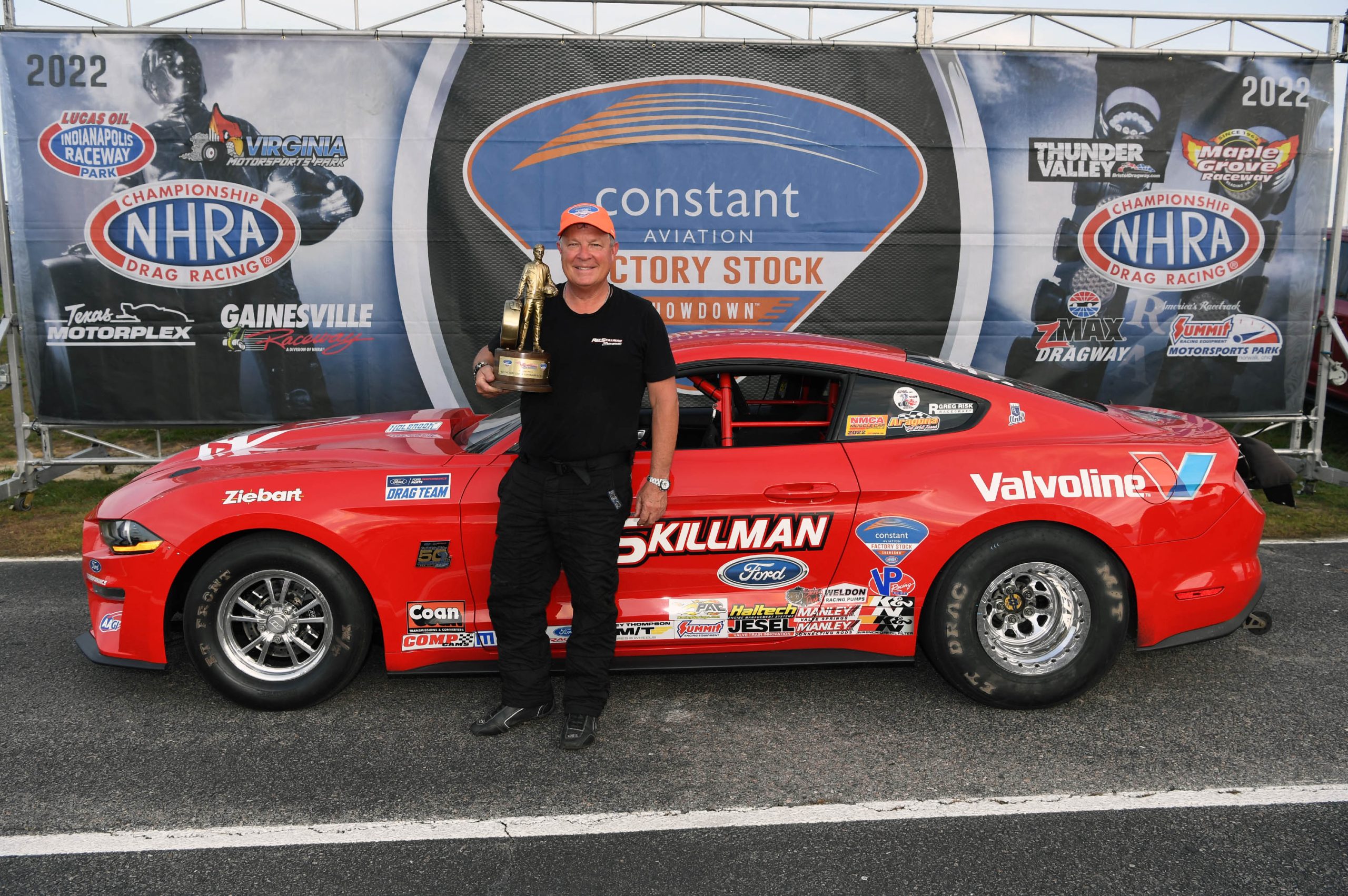 The Ray Skillman Auto Group, based around the surrounding areas of Indianapolis, has made its name known in the NHRA Drag Racing world through racing and sponsorship endeavors.

Being in the car sale business and competing in the drag racing arena has had its plusses according to Bill Skillman, owner of the Ray Skillman Auto Group.

“You know what? We’ve sold a lot of cars through drag racing and it’s hard to know about any advertising pallet what part of it works,” Bill said. “They say 90% of it doesn’t work and the other 10% does, but you’re afraid not to advertise everywhere. You don’t know what works. Yeah, we’ve actually sold a lot of dually (trucks) and different vehicles to racers and just a lot of personal vehicles as well.”

Unlike some car salesmen who have a strong link to drag racing that wasn’t the case for the Skillman family.

“We came into this pretty naked to be truthful with you,” Bill said. “I ordered two Cobra Jet Mustangs in 2010. I’m a Ford dealer and I ordered two of them to sell, not any intention of racing. I went on vacation. When I came back, they were gone, and my father and my son took them both to Raceway Park and drove them at Raceway Park and that’s how it all started.”

Bill said he did have some experienced drag racers working for them at the Auto Group which made the transition to drag racing easier.

“Wes Wells, who’s a local guy here who ran Pro Stock Motorcycle, and he runs a bike and a dragster and some stuff,” Bill said. “Then we had Donnie Gardner who was a crew chief for a lot of guys, including David Rampy.

“So, we had some people with some knowledge that worked for us, so that definitely helped, kind of started it. Then a good friend of mine called me and said, ‘Hey, I know a guy who is really good, and he was (two-time European Pro Stock World Champion) and that’s Tomi Laine. That’s how we ended up getting Tomi and just built on it from there.” 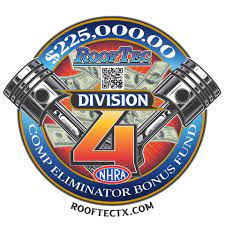 Right now, in the NHRA ranks, Bill is concentrating his efforts into the Constant Aviation Factory Stock Showdown.

That made back-to-back wins for Bill, Charlotte, N.C., and then Richmond.

Skillman, who is heavily vested in the Factory Stock Showdown, also has ties to Competition Eliminator, and is one of the supporters of the RoofTec Div. 4 Competition Eliminator Bonus Fund, which pays out $225,000 in prizes to its winner. He’s a dyed-in-the-wool NHRA Division 3 racer, but loves what Rodger Brogdon and his team are doing for the Comp Eliminator racers in Division 4.

Drew Skillman, Bill’s son, is a great racer in his own right. Drew was a standout NHRA Pro Stock driver from 2015-2018 and then he won the Factory Stock Showdown class season championship in 2019.

“Drew is busy being a dad and doing family stuff and learning the car business,” Bill said about why his son has not raced much in recent years.

As for Bill, he thoroughly enjoys competing in the Factory Stock Showdown class, where he’s leading the points standings through three events.

“I love it. I love it,” he said. “I love heads up racing. I never sat down in a race car until I was 50 years old. It’s a little different, but I sure love it. It’s good. We’ve we won three championships in a row over in NMCA. We were leading the points. Unfortunately, we had a dual race this year. We had races at NMCA in St. Louis and then also at Virginia Motorsports Park on the same day and we couldn’t do both. I was leading the points in (Factory Stock Showdown and NMCA). 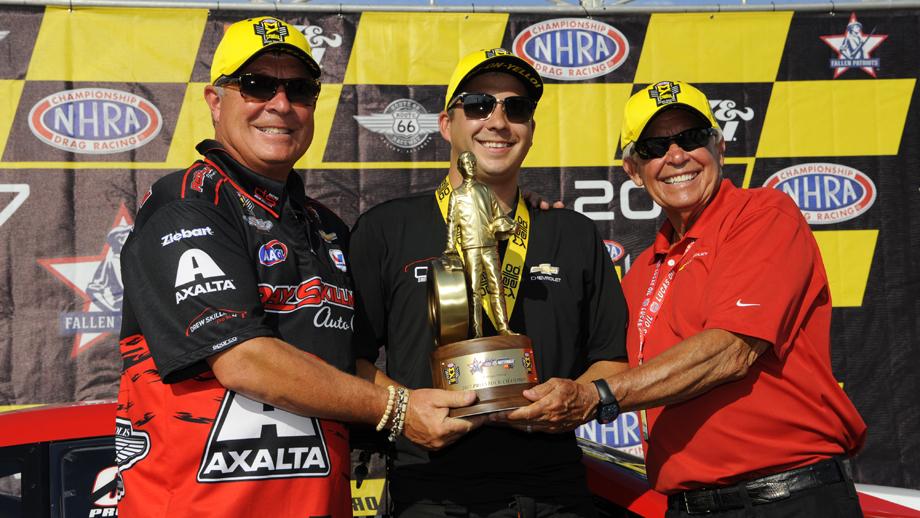 “The Fords were totally uncompetitive (in the Factory Stock Showdown class) when they had the different blower, but once we got the new blower in ’18, ’19, they really became a force.”

Bill took a moment to describe his passion for selling cars and racing one at the dragstrip.

“I love the car business because you get up every day and the car business changes all the time. It is constantly changing,” Bill said. “You’re just trying to stay ahead of the curve or trying to be relevant. You don’t want to be a pioneer.

I enjoy a lot of the aspects (of the car business). We have some building projects going on. I really enjoy the building remodeling. I enjoy the people who we work with in the car business. We’ve got great customers and lots of loyal customers. There’s just something all the time. It takes a lot of employees to run these deals. We have close to 1,200 in our whole auto group. It’s a big auto group.”

Bill loves competing in drag racing, but he’s not there to get a participation medal.

“There’s one winner and everybody else is the loser,” he said. “I don’t look at it any different than that. If I don’t win, I’ve lost. Some people are happy to go a couple rounds. That’s just doesn’t do it for me. My goal this year, I won three championships in a row in NMCA, and I wanted to come over to NHRA and see if I can win a championship over here. There are a lot of races left, eight total races. We’ve been to three and I think we are doing good so far.”