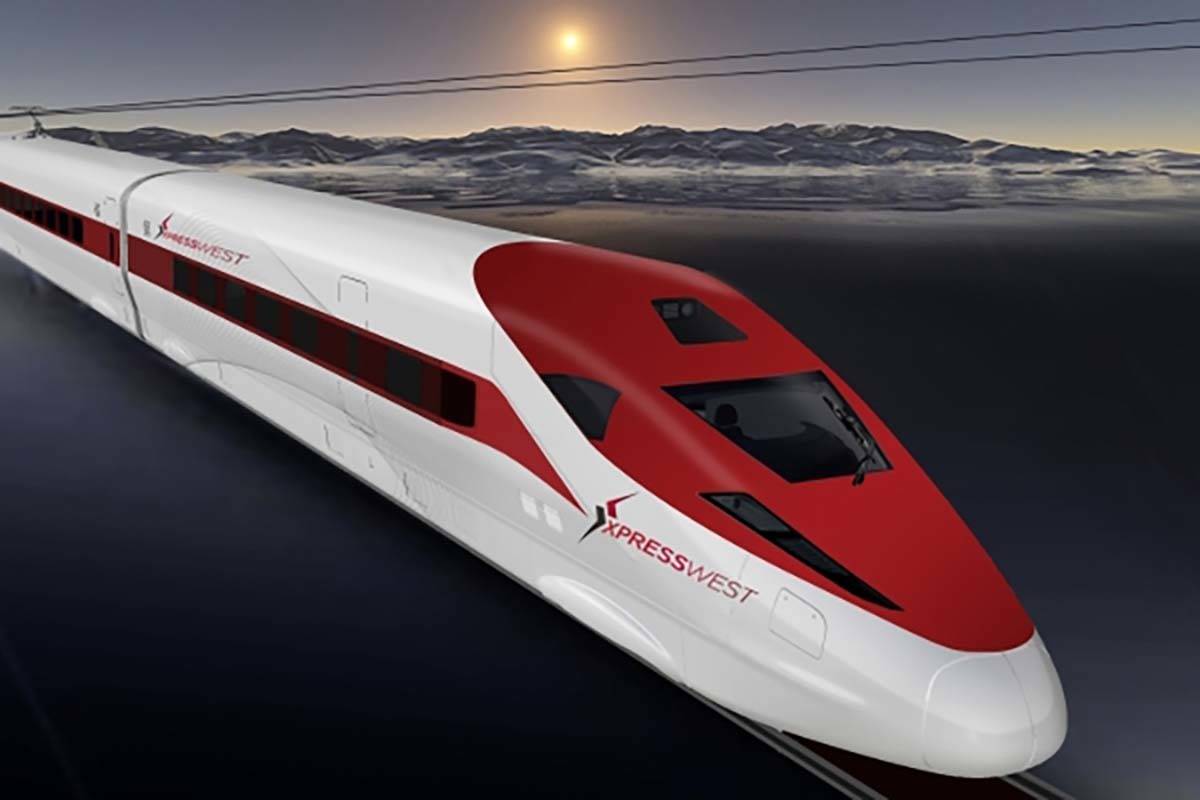 Brightline, the company behind the XpressWest high-speed rail project, has launched a bond offering of up to $3.2 billion for the initial financing of the $8 billion project.

Consisting of tax-exempt bond allocations from Nevada ($800 million) and California ($2.4 billion), the money would go toward financing the approximately 170 miles of tracks between Las Vegas and Victorville, California. The project also has $1 billion in private activity bonds from the U.S. Department of Transportation that are not part of the offering.

“The way that we financed ourselves in Florida is a good model for how it’ll work here (in Las Vegas),” Wes Edens, co-founder of Fortress Investment Group, which owns Brightline, told the Las Vegas Review-Journal. “What we have done there, which we will do here, is funding incrementally. It allows them to begin construction.”

California extended a deadline for Brightline to sell the bonds from Sept. 30 to the end of the year. If Brightline is unsuccessful, the allocated private activity bonds would be used for affordable housing, according to Mark DeSio, California Treasurer’s office spokesman.

Brightline’s plans call for an extension from Victorville to Rancho Cucamonga, which would allow passengers to travel into downtown Los Angeles. It plans for the extension to go online simultaneously with the Las Vegas-to-Victorville line in late 2023.

“We think of it as three distinct segments. The first part is this high desert segment from Las Vegas to Victorville, that’s 100 percent permitted and is shovel ready to go,” Edens said. “The second is the one that goes down the hill, down Cajon Pass into the L.A. Basin and connects to the Metrolink station in Rancho Cucamonga. The third is the system that then runs from Rancho (Cucamonga) into Union Station (downtown L.A.).

“We are 100 percent committed to all three of those coming online at the same exact time. So launching the financing now allows us to start on the longest of those segments, which is the high desert segment, and that will be followed in the next couple of months with work on the other two parts of that.”

A future extension is also planned to run to Palmdale, California, where passengers would also be able to transfer to L.A. via the Metrolink. The Las Vegas station is slated to be built on Las Vegas Boulevard near Warm Springs Road.

The rail line will run in Interstate 15 right of way on the entirety of the project between Las Vegas and Rancho Cucamonga, with 35 miles of track planned for the Southern Nevada portion.

Plans to get the train line up and running have been going on for well over a decade. Edens said this time it’s the real deal.

With Brightline already operating a passenger rail system in Florida, Edens said it will take what it has learned operating that line and transfer it to the Brightline West system.

“The first thing we take away is high-speed rail will be and has been a real success,” Edens said. “We’ve had tremendous ridership in Florida. We opened that system about two years ago and we really built the bottom 65 miles, from West Palm Beach to Miami. It was really built to be proof of concept and to show people both the quality of the infrastructure and the quality of the service.”

The initial Florida route moved over a million people in its first full year of operation, Edens said. “We were well on pace to move more than 2 million people this year, then COVID happened in March and we shut the system down for six months and we’ll open it up again later this year.”

Edens is excited to get the West Coast project rolling, which Brightline estimates will provide 10,000 construction jobs for the first phase — including hundreds of jobs tied to operations in Southern Nevada — eventually transport 11.3 million visitors annually, remove 3 million cars from I-15 per year and have an annual economic impact of $1.98 billion. He likened it to one of the most important projects in the region’s history.

“We believe high-speed rail can be this generation’s Hoover Dam,” Edens said. “It’s a great infrastructure project in a time when the country needs jobs, and the infrastructure it creates can have an impact for generations to come.”