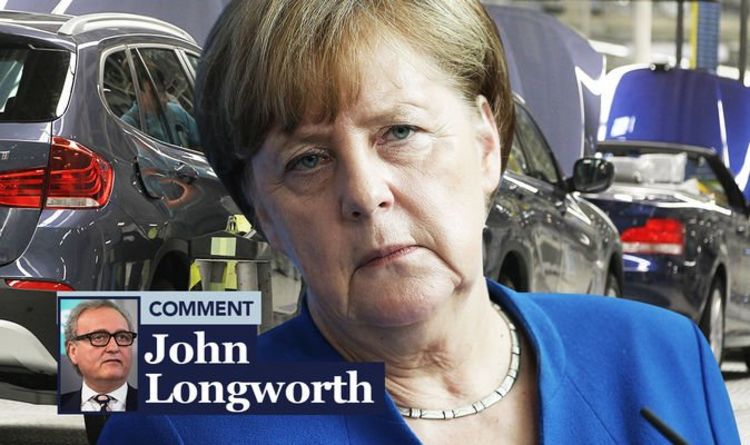 Ignore the scaremongering by the Society of Motor Manufacturers and Traders (SMMT).

Claims that a failure on the part of the Government to secure a free trade deal with the European Union will be devastating for Britain’s automotive industry are nonsense.

In fact, the opposite is true. Yes, failure to strike a deal will create some disruption and change, but any economic impact will be disproportionately in favour of British manufacturers.

The UK is a massive market for Europe’s car makers. Almost one-third (27.4 per cent) of all the cars manufactured in the EU are exported to the UK.

The levying of retaliatory 10 per cent tariffs on car imports and up to 22 per cent for trucks and vans manufactured in the EU will see prices rise and make them less desirable for British consumers. Demand will fall off a cliff.

EU manufacturers themselves admit that failure to strike a trade deal will cost them 57.7 billion euros.

What’s more, the costs would have their greatest impact on Germany – the master of the EU puppet strings, which, in 2017, exported 22.7 billion euros worth of motor vehicles, automotive parts and accessories to the UK – three times as much as the next member state, Belgium.

With economic strife in the Eurozone compounded by the financial devastation caused by the pandemic, Germany’s ill-prepared for a trade war.

Bearing in mind that the German’s refer to Britain as “treasure island” because they charge a premium for their right hand drive cars, it would be the economic equivalent of hara-kiri and would come on top of the already dire economic situation the industry finds itself in post-COVID.

New passenger car registrations in the European Union have dropped by 38 per cent in the first half of 2020, compared with the same period last year. The European car industry has been dealt a £92 billion hit to its business during the coronavirus pandemic.

By contrast, any fall in demand for UK manufactured cars among EU consumers as a result of EU tariffs will be offset by the surge in demand at home. Rather than snapping up an over-priced Mercedes or BMW, British consumers could instead opt for a top of the range Bentley, Land Rover, or Jaguar.

Or, alternatively, thanks to the free trade deal the Government struck with Japan a fortnight ago, they could opt for a top of the range Lexus instead. And of course we make Minis, Vauhall and Nissan  and many other brands.

Claims that the introduction of tariffs will eliminate production of three million vehicles here in the UK over the next five years are baseless.

In any event British manufactured cars will still be competitive when sold in the continent even if tariffs are imposed as our currency is now more competitively valued than before the referendum in 2016 and many cars manufactured here are sold outside the EU to the rest of the world.

As for components, we are likely to see more “re shoring“ and imports from outside the EU.

The truth of the matter is that the Society of Motor Manufacturers and Traders (SMMT) and European Automobile Manufacturers’ Association (ACEA) and the German Association of the Automotive Industry don’t accurately reflect the views of British industry.

Much like the Confederation of British Industry (CBI) and other big business organisations they’re ridden with special interests and multi-national companies with their fingers in lots of European pies and often headquartered outside the UK.

The SMMT, for example, counts Mercedes, BMW, Alfa Romeo, and Volkswagen among their membership, which stand to lose the most if a free trade deal isn’t struck.

It should come as little surprise then that European organisations such as these who stand to lose out the most from a WTO terms deal should be the most militant in their opposition. These are the same old mistruths and vested interests we’ve been subjected to throughout the Brexit process. They didn’t work then and they won’t work now.