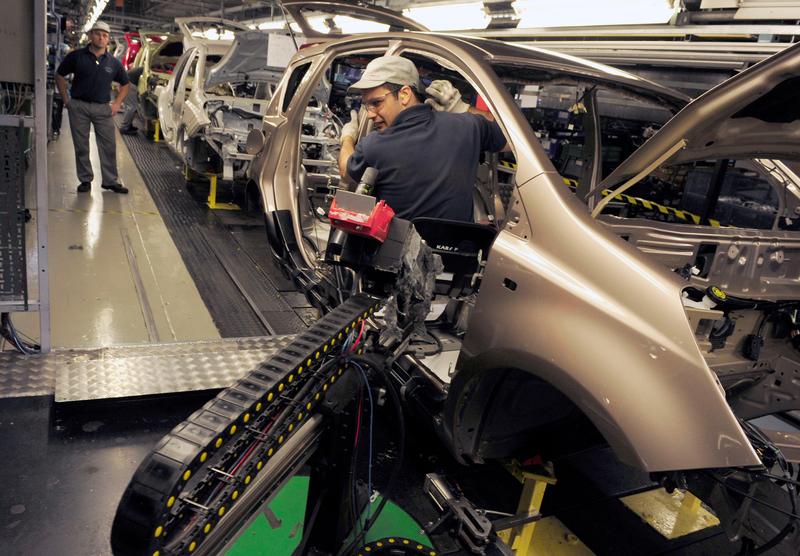 LONDON (Reuters) – Britain’s car industry risks some tariffs being imposed after Brexit as Brussels will not allow components from countries such as Turkey and Japan to count towards a content threshold in a trade deal, an industry source said on Wednesday.

In ongoing talks to strike a post-Brexit trade agreement, the EU will not accept non-EU parts being combined with EU and British ones to meet a roughly 55% level for local content, the source, who spoke on condition of anonymity, told Reuters.

The details were outlined in a letter from Britain’s chief Brexit negotiator David Frost to the sector, the country’s biggest exporter of goods, and were first reported by the BBC.

While such a move would not lead to tariffs on manufacturers with high domestic and European sourcing, it could affect Japanese companies such as Nissan, which brings in more content from elsewhere than some of its peers.

“We want our UK team of 7,000 people to have the best possible chance of future success,” Nissan, which operates Britain’s biggest car factory, said in a statement.

“We continue to urge UK and EU negotiators to work collaboratively towards an orderly balanced Brexit that will continue to encourage mutually beneficial trade.”

There is a particular risk around electric cars with key elements, such as batteries, sourced from outside the bloc.

A spokesman for Prime Minister Boris Johnson said the government would keep working with the sector, which employs some 800,000 people in Britain and has continually lobbied for free and unfettered trade with its biggest market to be kept.

“Rules of origin commitments exist in all free-trade agreements and as negotiations progress we remain committed to working with the automotive industry to try to ensure an outcome that reflects business interests across the UK.” he said.