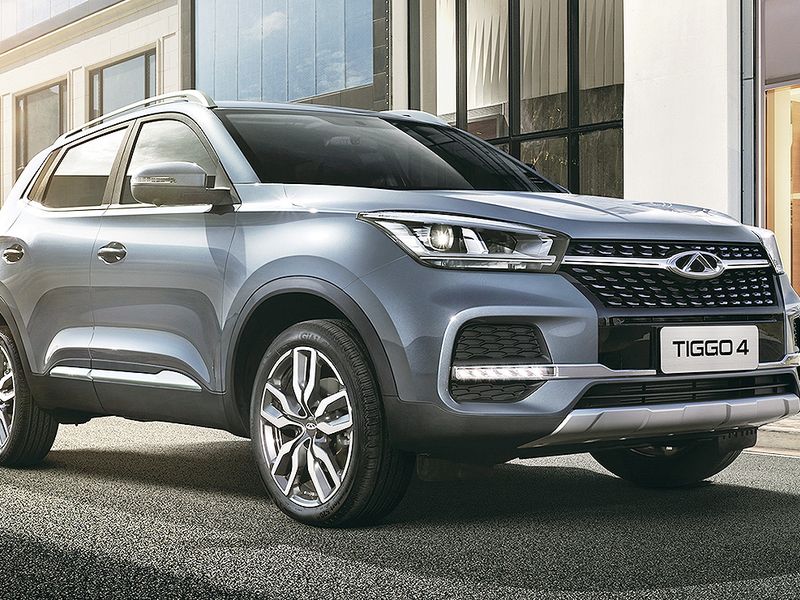 The Americanized brands will be based on Chery’s upscale Exeed marque and its mass-market Tiggo lineup that it sells in China. Hale said the technology-sharing agreement for T-GO is expected to be finalized in the fourth quarter this year.

HAAH is simultaneously building a dealer network and showing a T-GO vehicle to potential franchisees during its current U.S. road show to recruit more dealers. The first T-GO model to go on sale will be a compact crossover, followed by at least two more models by 2024, the company said.

“The Vantas deal is all signed, sealed and delivered,” Hale said. “The T-GO deal is done in principle and we’re working through the legal terms,” Hale said. “So think of Vantas as near-premium and think of T-GO as mass market.”

T-GO will compete at the lower end of the market against mainstream Asian brands, but at a significant sticker-price discount compared to similar models from its rivals, he said.

“The vehicles will be 15 to 20 percent below the target new-car competition — for both Vantas and T-GO,” Hale said. “If I were Hyundai or Kia or Mazda or Volkswagen or Mitsubishi or Nissan, I’d be afraid.”

HAAH is encouraging current dealers who have signed franchise agreements for the Vantas brand to add T-GO and is pitching the two brands as a package with potential dealers.

“We’ve never said you have to take both, but we’ve encouraged dealers to take both,” he said. Pairing the brands in one showroom will boost volume and offers a better return on investment, Hale said. HAAH’s facility requirements are modest, he added, as the brands will focus on customer service and not fancy retail amenities.

With trade tensions high between the U.S. and China, a big part of the sales pitch to customers for Vantas and T-GO will be their made-in-America credentials.

Hale said thousands of American workers will assemble the vehicles using mostly imported parts. Over time, a higher percentage of locally sourced parts will be used where possible, he said.

HAAH’s site selection for its U.S. factory has been whittled down to three finalists — two in the Southeast and one in the Midwest. A final decision is expected in the fourth quarter.

All three facilities are capable of being ready for auto production in about 12 months from the start of renovation, Hale said.

HAAH expects the first Vantas vehicles to roll off the line by the first quarter of 2022, followed by T-GO later that year.

HAAH had planned to import Chinese cars from a different manufacturer and has signed up about 70 dealers with the rights to about 115 locations, Hale said.

The company wants to double its rooftops by the time the first vehicles go on sale and reach 340 eventually.

Hale also said that HAAH plans to add electric vehicles to its portfolio in the future. Chery sells EVs in China and is developing more, according to its website.

Although Chery is a modest player in the Chinese market, it’s the country’s top vehicle exporter and has a factory in Brazil.

Hale, an auto industry veteran who has worked at Mazda and Volvo, said HAAH has the financial strength to execute its business plan. Money is coming in from both franchise fees and outside investors, he said.

“I have a billionaire in North America [who] has committed significant funds to us,” Hale said, though he declined to name the person.

“We’ve spent already well over $20 million just to homologate the first couple of models,” Hale said. “We’re already into this project for $30 million, $35 million. That’s a lot of money.”

Several previous attempts to import Chinese cars into the U.S. — or assemble them in a U.S. facility — have failed over the past three decades.

Some dealers who have considered a Vantas franchise — or signed up for one — have told Automotive News that there is always the risk they will lose their money, but also that the buy-in is much cheaper than for established brands.