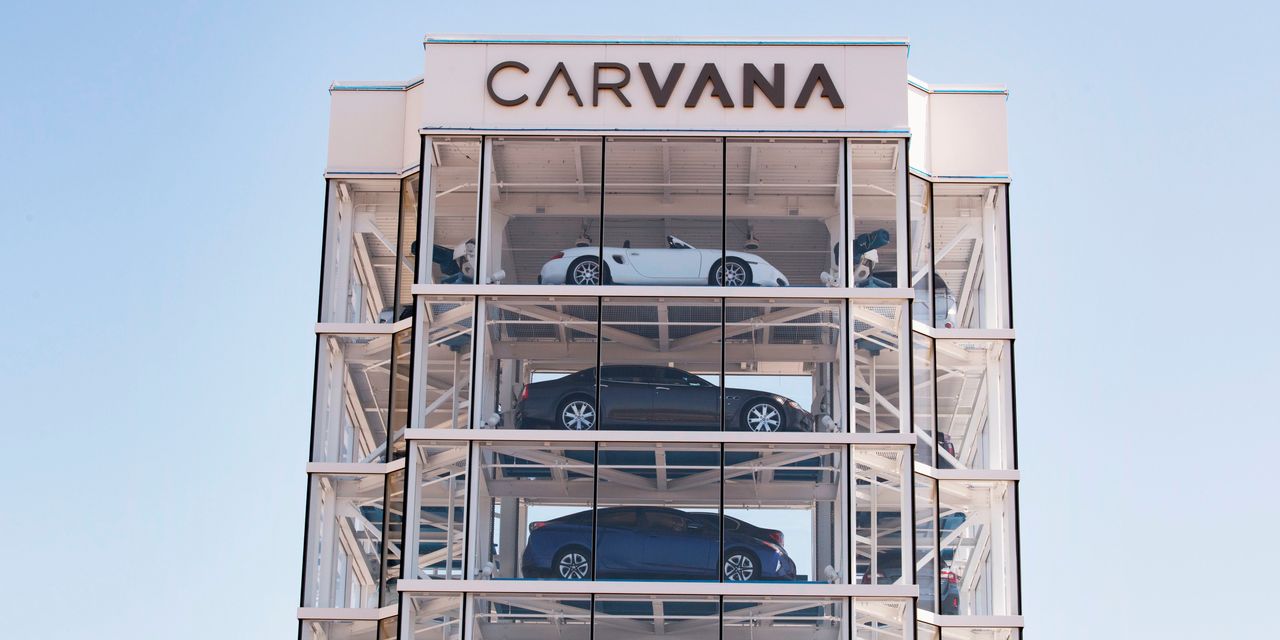 
Things are hopping in the used-car market. Demand is soaring, and so are the stocks trying to reinvent the market.

(ticker: VRM) shares are up more than 130% since coming public a few months ago, and

(CVNA) shares were up 159% for the year through Thursday. Shift.com, a venture backed online used car seller, is on target to come public through a merger into the special purpose acquisition company

(KMX) is going to get in on the online action in a big way. On Friday, Jones repeated his Buy rating on CarMax stock, while lifting his target price to $180 from $116, which makes him the biggest bull on the Street by a wide margin. He also upped his rating on Carvana to Equal Weight from Underweight, taking his target price up to—get this—$215 from $23. (Not a typo.)

“Used-car retail is ripe for disruptive change,” Jones writes in a research note. “Carvana is proving it can be a digital compounder and profitable, moving us up to Equal Weight. We think CarMax gets in on the action and is a better risk/reward.”

Jones admits he was on the wrong side of Carvana.

“Carvana is proving the skeptics (ourselves included) very wrong,” he writes. “While we have long been fans of the concept, we have harbored doubts over used-market fundamentals, access to capital and ability to scale profitably. In our view, Carvana is more than a flash in the pan. In many ways, it represents the future of the used retail business and potentially other related verticals [new retail-car sales, service and fleet management] over time.”

The analyst thinks Carvana can grow to 5% of the U.S. retail used-car market by 2030, generating 28% compounded sales growth over that span, increasing sales 12-fold from current levels.

But he also sees a huge opportunity for CarMax.

“We think the market is getting CarMax wrong and we see 90% upside,” he writes. “Carvana has disrupted the used-car dealer industry by offering a comprehensive end-to-end experience for consumers to transact in the buying and selling of cars online. Carvana built the necessary infrastructure, logistics network, online product capabilities, and heavily advertised to consumers, which is all part of their receipt for success. We think CarMax can leverage Carvana’s formula and do it their own way, by further tapping into their existing-dealer-store network and brand value to assist their growth.”

Jones thinks CarMax can succeed with an “onmi-channel strategy of shifting to transacting more online, as well as leveraging its already built out nationwide store presence to better serve its customer base and accelerates its growth trajectory.”