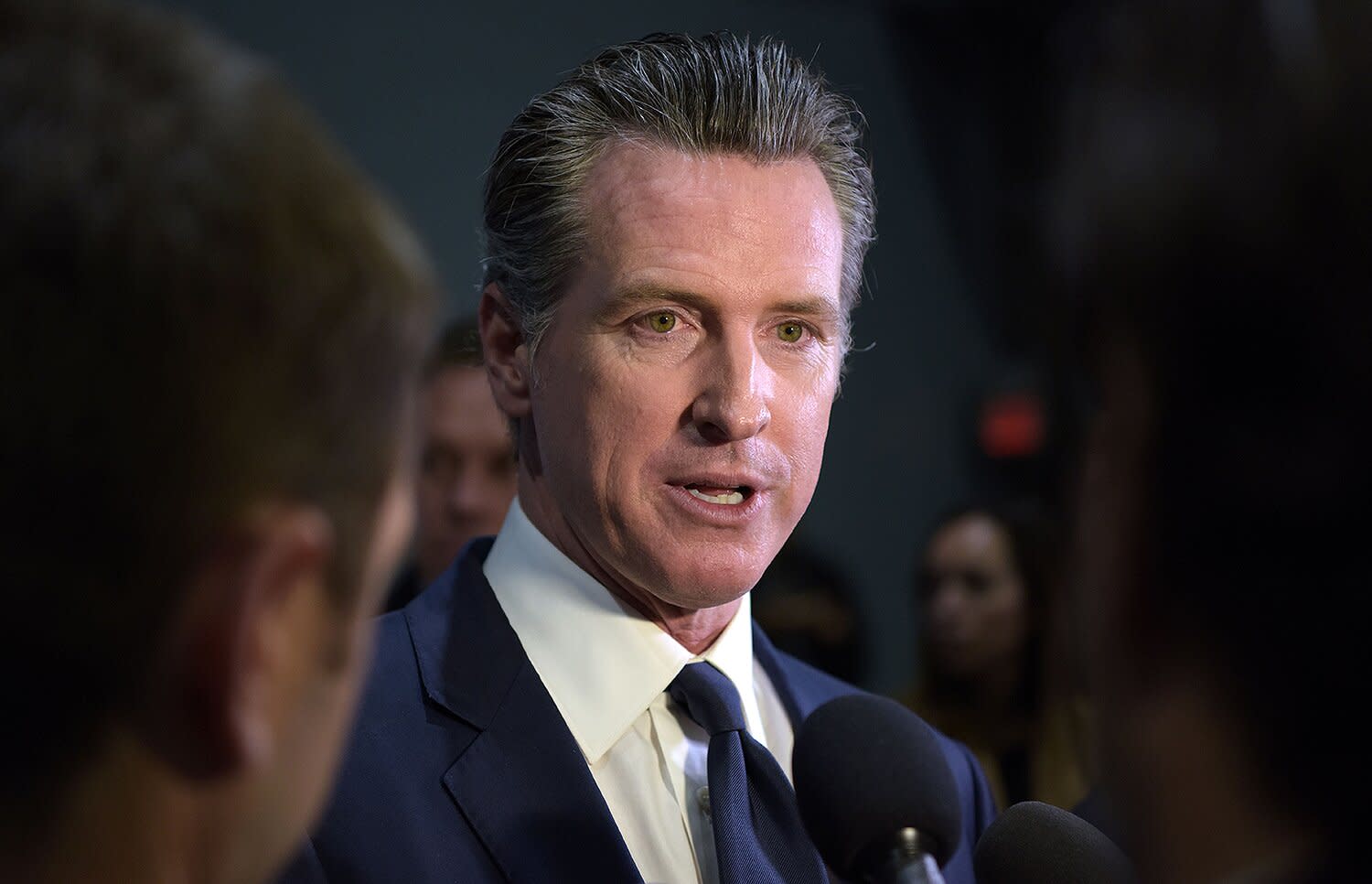 California is preparing to phase out all gas-powered vehicles by 2035, thanks to a new executive order issued by Governor Gavin Newsom.

In an announcement on Wednesday, Newsom, 52, said the order would require all new cars and passenger trucks that are sold in California to be zero-emission vehicles by 2035.

The governor explained that his decision to move gradually toward electric vehicles and vehicles using alternative fuels like hydrogen was made as a way to fight climate change, while also helping retain and create jobs that will spur economic growth.

As noted in the announcement, transportation is currently responsible for more than half of all of California’s carbon pollution, 80 percent of smog-forming pollution and 95 percent of toxic diesel emissions.

“This is the most impactful step our state can take to fight climate change,” Newsom said in his announcement. “For too many decades, we have allowed cars to pollute the air that our children and families breathe.”

“Californians shouldn’t have to worry if our cars are giving our kids asthma,” he went on. “Our cars shouldn’t make wildfires worse – and create more days filled with smoky air. Cars shouldn’t melt glaciers or raise sea levels threatening our cherished beaches and coastlines.”

RELATED: Tesla Owners Can Now ‘Summon’ Their Cars to Self-Drive to Them — and It’s Raising Safety Questions

Following the eco-friendly order, the California Air Resources Board will begin developing regulations that mandate 100 percent of in-state sales of new passenger cars and trucks are zero-emission.

According to the Governor’s Office, the year 2035 was targeted for this goal because it would “achieve more than a 35 percent reduction in greenhouse gas emissions and an 80 percent improvement in oxides of nitrogen emissions from cars statewide.”

The Board will also start developing regulations to mandate that all operations of medium and heavy-duty vehicles are 100 percent zero-emission by 2045 where feasible, with the mandate going into effect by 2035 for drayage trucks, the announcement stated.

In order to reach those goals in a timely manner, the executive order will require state agencies and private sectors to accelerate the construction of affordable fueling and charging options, as well as new zero-emission vehicle markets, which will provide more access for all Californians.

Those who already own gasoline-powered cars by 2035 or wish to sell theirs on the used car market will not be affected by the new order, the Governor’s Office announced.

Officials also believe by the time the new rule is adopted, zero-emission vehicles will be cheaper and better than traditional, fossil fuel-powered cars.

In addition to the U.S., Britain, France, Germany and Ireland have all taken action towards a greener society, according to The Climate Center.

California is also continuing its progressive mission to lower carbon emissions, according to the Governor’s Office.

In the last six months alone, the California Air Resources Board has approved new regulations that require truck manufacturers to transition to electric zero-emission trucks beginning in 2024, and Newsom signed a memorandum of understanding (MOU) with 14 other states to advance and accelerate the market for electric medium and heavy-duty vehicles.