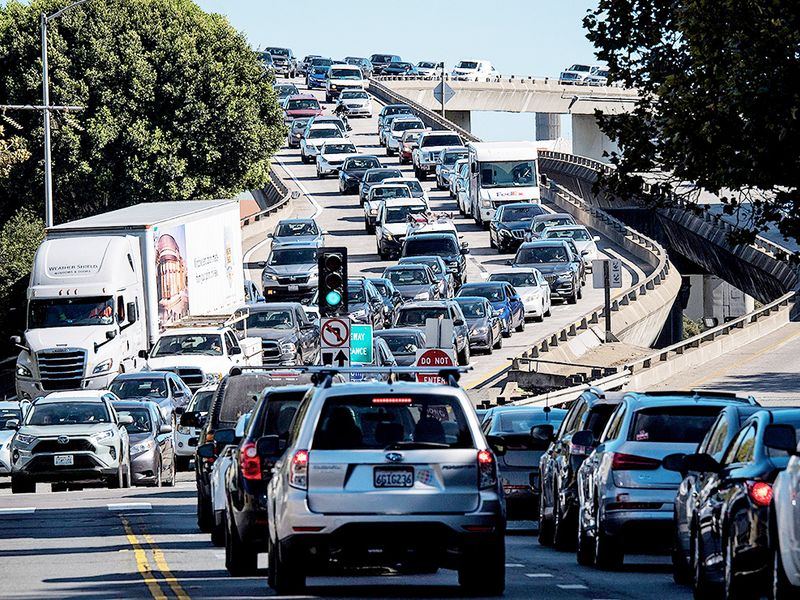 Under Newsom’s executive order — signed last week on the hood of a Ford Mustang Mach-E electric crossover — the California Air Resources Board will develop regulations to mandate that 100 percent of in-state sales of new passenger cars and trucks are zero-emission by 2035, which would cut greenhouse gas emissions by more than 35 percent, according to the governor’s office. The board also plans to mandate that all medium- and heavy-duty vehicles be zero-emission, where feasible, by 2045.

CARB Chairman Mary Nichols said last week via Twitter that the effort will transform transportation in the state, dramatically reduce vehicle emissions and foster a new generation of clean vehicles.

The order does not prevent Californians from owning combustion engine vehicles or selling them on the used-car market.

It was not immediately clear whether Californians will be able to buy a fossil fuel vehicle across state lines and register it at home. “One obvious fight for the future,” said Baumann, “is whether or not this will actually be implemented as a ban on the sale of [new] gasoline-powered vehicles by 2035 versus a ban on the registration of new vehicles that are gasoline-powered.”

The ban could have implications elsewhere in the U.S. Other states that follow California’s car pollution rules, such as Massachusetts and Pennsylvania, could decide to follow in its footsteps on the gasoline vehicle phaseout.

Automakers such as Ford, Volkswagen and Honda finalized binding agreements with California in August to cut vehicle emissions in the state.

Ford last week began airing an ad promoting its adoption of tougher emissions regulations under the agreement and calling out rival brands — Chevrolet, Jeep and Toyota — for failing to join the effort.