The carbon-fiber Shelby concept car that brought the 1967 GT500 into the future is now becoming a reality for 25 people to own — if they have a cool $298,000 and are willing to wait 12-18 months for their supercar.

The Shelby GT500CR was created by Dallas-base Classic Recreations and unveiled in May. This week, the company announced that just over two dozen of these cars will be put into production.

“We’re excited that the world’s first carbon-fiber-bodied heritage Shelby GT500CR has moved from dream to reality; a true inspiration for future models” Jason Engel, founder, co-owner and lead designer at Classic Recreations, said in a statement. “Far too often, car companies tease the public with concepts that never go into production. 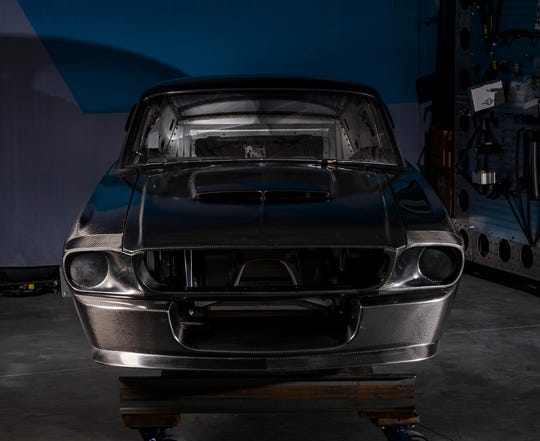 The carbon fiber body of the GT500CR (Photo: Classic Recreations)

“Our first car of this spectacular new series is being assembled and we look forward to presenting it to its new owner at the Shelby American facility in Las Vegas.”

Working with SpeedKore Performance Group, Classic Recreations used original Shelby molds to reproduce the iconic lines of the ’67-’68 Shelby Mustang using woven carbon fiber. The company claims this is the first time the material — typically reserved for supercars, exotic rides and aircraft — has been used so extensively on an American muscle car.

It removed 600 pounds from the stock weight, enhancing performance.

“Carroll Shelby was a proponent of carbon fiber and leveraged its benefits in everything from lightweight wheels to the Shelby Series 1 sports car,” Gary Patterson, president of Shelby American, said in the statement. “We’re pleased that Classic Recreations is now applying that exotic technology to continuation heritage Shelby muscle cars.”

After the cars are built, Patterson says they will be delivered to Shelby American in Las Vegas, where they will be prepped for sale worldwide.

“As with all Shelby cars built by Classic Recreations, we will document each one in our Shelby Registry,” he said. “Carroll would’ve been proud of this collaboration.” 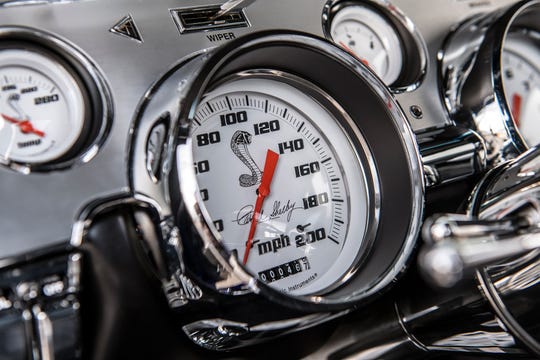 So, if you’re ready to pony up the cash for this pony car? The package includes a trip to Las Vegas for delivery with a one-night stay in a luxury hotel, a private tour of Shelby American, a photo opportunity with the vehicle and a specially-curated Shelby gift package.

The new owner will also have a donation made in their honor to the Carroll Shelby Foundation, which is dedicated to providing medical assistance for those in need, including children, educational opportunities for young people through automotive and other training programs and benefitting the Shelby Automotive Museum.

Production of the Carbon Edition Shelby GT500CR is expected to take 12-18 months and there are plenty of customized options available for an additional fee.