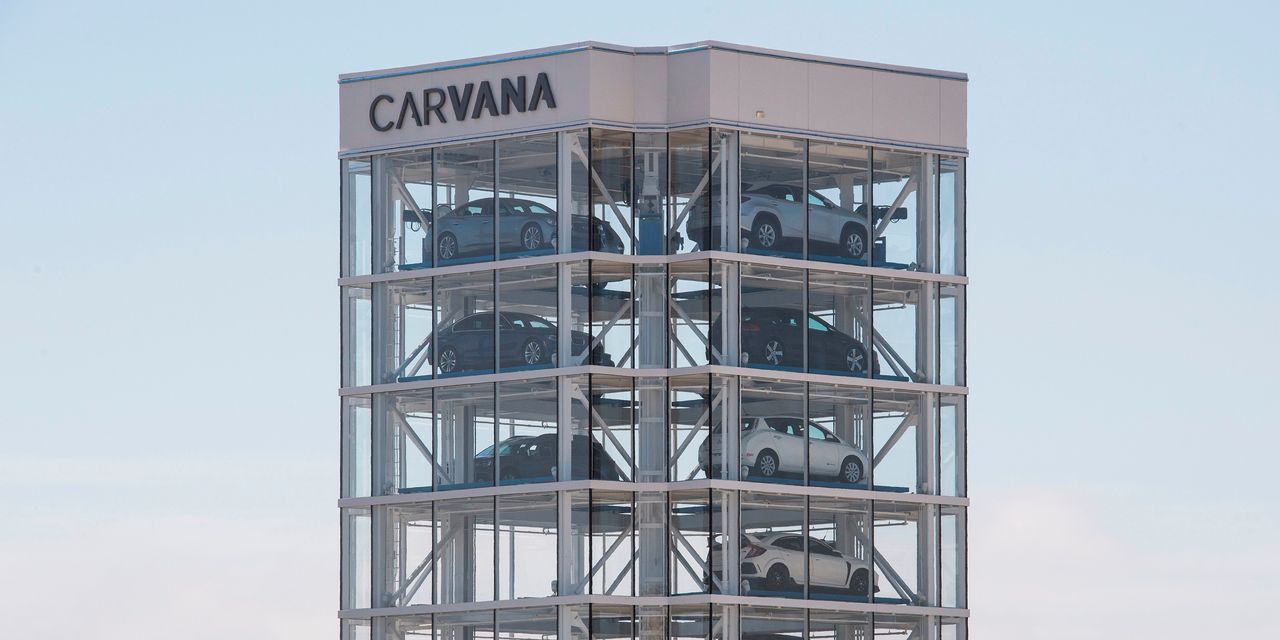 
Investors continue to bid up stocks of used car sellers, amid growing signs of consumer demand. On Tuesday, Piper Sandler analyst Alexander Potter repeated his Overweight ratings on both

boosting estimates for both companies.

Potter raised his target price on Carvana (ticker: CVNA) shares to $265 from $209, while adjusting his Vroom (VRM) target to $81 from $82. He sharply reduced projected losses for both companies for this year and next, and sees booming demand for online used car sales.

“We are responding to a barrage of data points, all of which suggest strong Q3 fundamentals, as well as better prospects for long-term share gains,” Potter writes in a research note. The analyst notes that at a Piper virtual event last week, both Carvana and Shift Technologies (another used car company, which is planning to come back via a reverse merger into a SPAC, or special-purpose acquisition company called Insurance Acquisition Corp.) “spoke bullishly about online used car demand, suggesting a continuation of the Covid-induced frenzy that began in May.”

He also notes that

Potter says that less than 1% of used car transactions are taking place online now, but that “penetration is rapidly rising,” with growth accelerating in the Covid-19 era. He says demand is especially higher for older cars, though five to 10 years old, which is negatively affecting average transaction prices. Adjusted for age, however, “used car prices have never been stronger,” he says.

Potter also notes that rates on auto loans are showing resilience, with widening spreads over Treasuries, making it easier for the companies to sell their loans.

The analyst explains that the slight down tick in his price target for Vroom reflects a higher share count because of a recent equity raise, and increased freight costs connected with tighter trucking capacity.