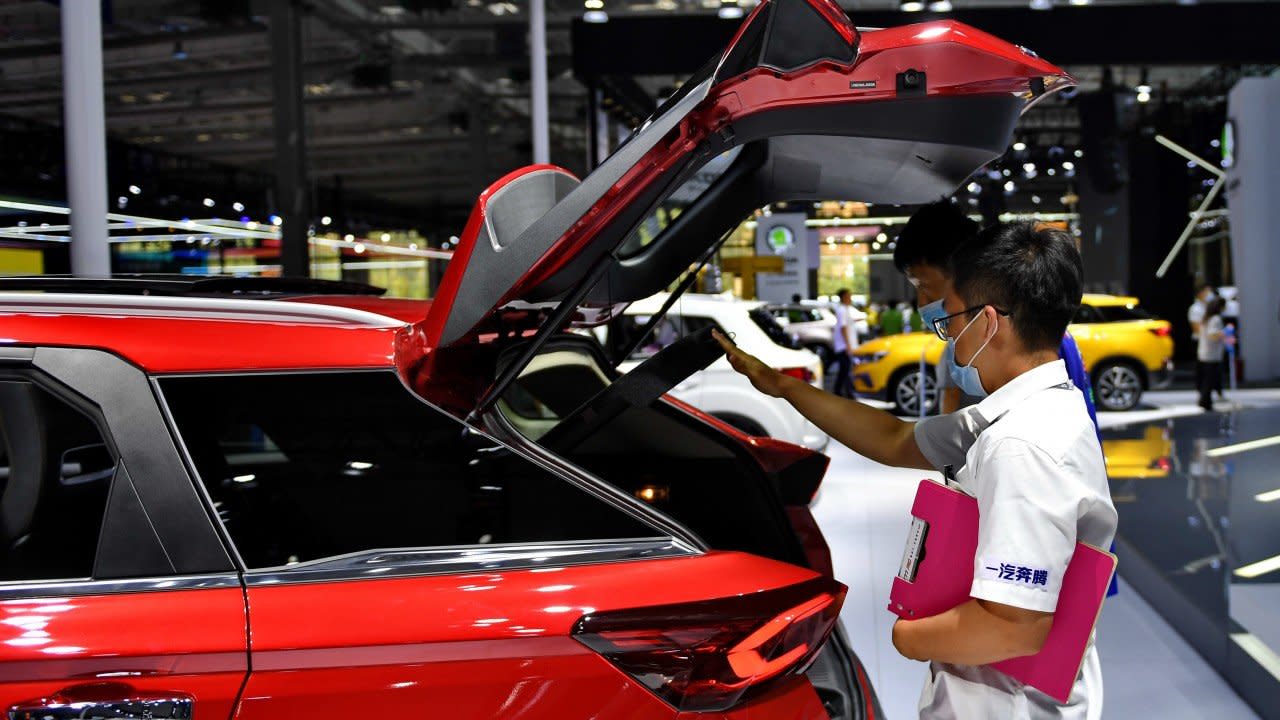 China’s passenger car sales grew for a third straight month in September, and industry insiders said they foresaw a sustained increase in sales during the remainder of the year after the country successfully contained its Covid-19 outbreak.

Deliveries of passenger cars, which include sedans, sport-utility vehicles, minivans and multipurpose vehicles, rose 7.4 per cent year on year to 1.94 million units last month, according to the China Passenger Car Association. Deliveries of passenger vehicles to dealers rose 8 per cent to 2.088 million units, according to a separate set of data by the China Association of Automobile Manufacturers (CAAM), a carmaker’s guild.

“Pent-up demand is being released,” Tian Maowei, a sales manager at Yiyou Auto Service in Shanghai, said. “Those who delayed their car purchases in the first half of this year are coming back.”

Get the latest insights and analysis from our Global Impact newsletter on the big stories originating in China.

The sector took a beating from the pandemic – production and sales nearly halted in February this year because of lockdown measures introduced to fight Covid-19. The market saw its first ray of hope in the second half, after Beijing successfully contained the outbreak and commercial activities returned to normal.

Industry insiders said they expected sales to remain buoyant in the fourth quarter as well, amid increasing demand from drivers.

Brian Gu, president of US-listed electric carmaker Xpeng Motors, said new energy vehicle companies had recorded a strong recovery in September amid surging orders for their cars. Last month, sales of new energy vehicles hit 125,000 units, a jump of 99.6 per cent from a year ago. Beijing has been encouraging the wider adoption of such vehicles in rural areas, and hopes 25 per cent of all its automobile sales in 2025 will be generated by new energy vehicles.

SCMP Infographics: Global carmakers and their venture partners in China

Deliveries of new-energy vehicles, as electric cars are called in China, jumped 67.7 per cent in September from a year ago, according to CAAM’s data, as more companies like Tesla and Xpeng piled into the industry with increased production capacity. Deliveries of total vehicles, including trucks and buses, rose 13 per cent to 2.57 million units, the data showed.

The California-based company began delivering Model 3 cars assembled at its Shanghai Gigafactory 3 in January this year.

This month, it cut the starting price of Model 3s by 8 per cent to 249,900 yuan (US$37,017) to enhance its competitiveness in a market where 500 Chinese companies are making new energy vehicles in response to Beijing ambitious “Made in China 2025” initiative.

China is currently the only bright spot in the global automotive market, as the coronavirus has disrupted sales and production in Europe and the United States. In September, its car exports rose 32.8 per cent to 62,000 units.

China’s carmakers are, however, set to report a decline in sales for a third straight year despite the recent rebound in sales, because passenger car sales in the January to September period declined 12.5 per cent to 13.1 million units.

The industry, a pillar of the world’s second-largest economy, hit a speed bump in 2018 after about three decades of growth. It had reported sales drops, in 2018 and 2019, even before the Covid-19 outbreak dealt a heavy blow to carmakers and related manufacturers this year.