Consumer prices up 0.4% in August as used car prices surge 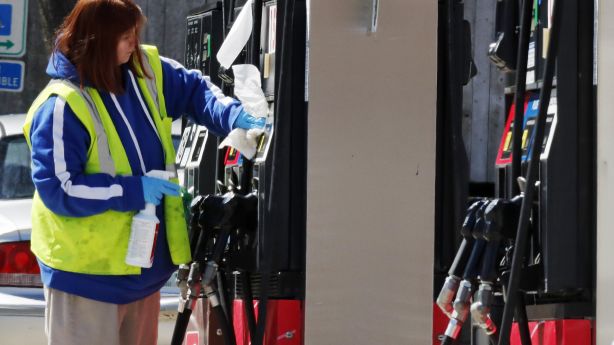 The August increase in the consumer price index reflected some moderation following big gains of 0.6% in both June and July as the pace of energy price gains slowed.

However, there were still areas that showed bigger price increases, led by a 5.4% jump in used car prices, the biggest monthly gain since March 1969. New car prices were unchanged in August but analysts predict prices are likely to rise in coming months, reflecting supply shortages. Motor vehicle production closed completely during the spring as the pandemic shut down wide swaths of the economy.

Other big gains were seen in household furnishings, which jumped 0.9%, the largest monthly increase since February 1991. Prices of furniture, bedding and appliances all showed big gains.

Still, even with the recent gains, inflation increases over the past year are modest. Overall inflation is up 1.3% while core inflation, which excludes energy and food, is up 1.7%.

“Consumer inflation has been accelerating as economic activity has resumed and these readings bear watching for further acceleration even though the trend remains subdued against a backdrop of weak demand and excess capacity,” said Rubeela Farooqi, chief U.S. economist at High Frequency Economics.

Used car prices are up largely because auto sales crashed in March and April as factories and dealerships shut down to stop the spread of the coronavirus. With few new vehicles sold or produced for about eight weeks, there also were few vehicles being traded in, cutting off supplies.

Barring an economic collapse that limits credit or a massive increase in repossessions, the high prices aren’t likely to fall soon, Chesbrough said.

“If you are in the used market, it’s not a situation that’s going to be changing anytime soon in terms of an influx of supply,” he said.

Sales of new vehicles are still down substantially, meaning fewer trade-ins. Plus rental car companies and other fleet customers aren’t buying many vehicles, and leasing of new vehicles has dropped. So used vehicle supplies will be limited into the future, Chesbrough said.

Rising used car prices are putting the squeeze on people with lower incomes, and they don’t have many alternatives when it comes to new vehicles because the Detroit automakers and others are exiting the lower-priced new car market, Chesbrough said.

“They’re focused on much more expensive vehicles,” he said. “They’re saying ‘if you only want to spend $20,000 on a vehicle, you’re a used car buyer.’”

The slowdown in overall inflation in August after bigger gains in June and July reflected moderation in energy costs, which were up 0.9% last month following gains of 5.1% in June and 2.5% in July. The cost of gasoline was up 2% in August but is 16.7% lower than a year ago.

Food costs edged up a modest 0.1% in August after having fallen 0.4% in July. The price of beef fell 4.4% after an 8.2% July drop reflecting easing price pressures as supply disruptions at packing plants due to the coronavirus eased.

Inflation remains below the Federal Reserve’s 2% target. Last month Fed officials changed their operating policy to say that they were prepared to allow inflation to run above 2% for a time to make up for the many years that the central bank has failed to reach the 2% target.

Because of that change, many economists believe the Fed will leave its benchmark interest rate, which influences consumer and business loans, at a record low near zero at its meeting next week — and for the foreseeable future — as it tries to boost the country out of a recession that has cost millions of jobs.

Copyright © 2020 The Associated Press. All rights reserved. This material may not be published, broadcast, rewritten or redistributed.