Coolest Cars For Sale This Week 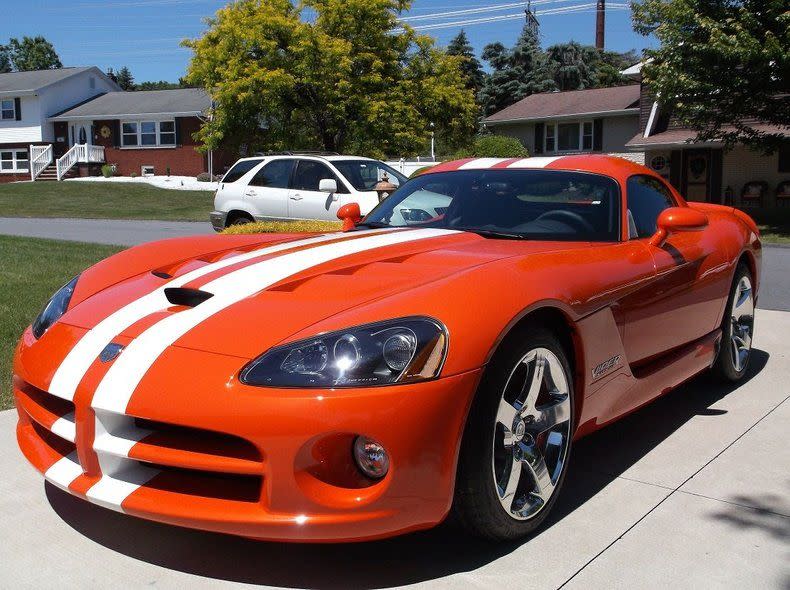 These are some of the most interesting cars in our inventory, available to buy right now!

What a diverse market the collector car industry represents. Every week, the Motorious editorial staff does a dive into the classified section of the site to find the cars for sale that we would want to buy for ourselves. These cars are more than worthy of a new garage, and we’re thrilled to be able to share our picks with the readers each week. Here is a list of cars to check out as we roll into the second weekend of September.

The Ford F-Series is America’s favorite pickup with nearly a million sold per year. Produced from 1948 until 1983, the F-Series lasted for seven entire generations and withstood plenty of major changes. Here we have a gorgeous and solid 1965 Ford F-100 SWB that hails from the North Carolina/Georgia mountains that will be up for bids through our Tom Mack Classics Fall Online auction starting on September 12, 2020.

The Toyota FJ40 is one of the best all-terrain vehicles ever made, and about the only thing this off-roader ever lacked was the grunt of a V8 engine. While V8-swapped FJs aren’t hard to find, this 1976 Toyota FJ40 being auctioned off at the Leake Virtual Live Auction could be one of the nicest builds you’ll find.

Check Out This 3K-Mile 1988 Pontiac Trans Am GTA Survivor

Cars from the ’80s are starting to skyrocket in terms of collectibility, and this 1988 Pontiac Trans Am GTA is a perfect example of a true investment-grade collector car. If you think this Trans Am looks brand new, it’s because despite being a 32-year-old car, it survives with just 3,000 miles showing on the odometer, and it will be up for auction at the 2020 Fall Carlisle Collector Car Auction at the Carlisle Expo Center in Carlisle, Pennsylvania.

Some cars are just so incredibly gorgeous and iconic there’s absolutely no resisting them. You just need to surrender to these automotive masterpieces and do all you can to get possession of them or you’re left to wander in a state of discontent. This 1967 Chevrolet Chevelle SS Coupe is such a car, so now you know what has to be done. Fortunately, it’s part of the Leake Live Virtual Auction on September 14.

One of the most highly desired Mustangs to emerge from the muscle car era is the old-school Boss 302. Built as a Trans Am road-racing qualifier, the Boss was the brainchild of stylist Larry Shinoda, who is also credited for the Camaro Z28 as a former GM employee. One of his first efforts with the Blue Oval was the successful classic Mach 1. Given a two-year production run, Ford built 1,628 Boss 302 Mustangs for 1969 and 7,013 cars for ’70. This incredible example of a 1970 Boss 302 Ford Mustang will soon be crossing the auction stage at the 2020 Fall Carlisle Collector Car Auction at the Carlisle Expo Center in Carlisle, Pennsylvania.

With the test of time, the original Acura NSX has been recognized for being revolutionary for Honda as a company. It was a bold move when the Japanese supercar launched, but those advanced technologies found their way into many other Acura and Honda models over time. Now you have the chance to own a rare version of the car, this 1999 Acura NSX Zanardi Edition #51 with just 12,000 miles on the clock. It’s available for a limited time on Bring A Trailer, so you better move quick.

With a nickname like Godzilla, the 2015 Nissan GTR – Black Edition Watch is a Japanese performance-oriented sports car and grand tourer built to impress. A successor to the beloved Skyline GT-R, the GT-R standalone model was unveiled back in 2007 and has been ever-popular since. Still, it’s not a car the average person sees on the daily, so this incredible 2015 Nissan GT-R Black Edition is sure to turn every head in town. Up for virtual bids, this black beauty is listed on Awesome Joe’s Auctions website with a current bid of $40,000 with 6 days left. With a mere 28,000 miles on the clock, this gem is just breaking in.

Low Mileage 1984 Corvette Up For Grabs

The fourth-generation was the Corvette’s first step towards what we see today. The muscle car styling of the 60’s and 70’s was pushed aside for a more modern, sporty styling that rocketed the Corvette into the modern era of performance cars. This stronger, lighter, and faster design was undeniable from the beginning and record-breaking by the end. Although the first year of the new generation was supposed to have started in 1983, only one 1983 actually received a VIN and 1984 officially marked the beginning year model for the new generation.

Whether you didn’t have the financial means to buy this 2008 Dodge Viper SRT-10 when it was new or you made other choices, you essentially can have a do over with this car. With a mere 294 miles on the clock, this is about as close as you’ll get to buying one brand new. In fact, if you look in the pictures, the airbag warning tag is still attached to the passenger’s side of the dash. This amazingly new Viper SRT-10 is available right now through GAA Classic Cars.

For so many, the Chevelle is the ultimate muscle car. Maybe it’s because GM never brought it back and so it’s romanticized, or the fact it was so well-built that enthusiasts today can truly appreciate it. Whatever your reasons, this 1971 Chevrolet Chevelle SS is the perfect performance machine since it has a 454 V8 for plenty of pulse-pounding driving moments. Available to bid on through Proxibid, this is a red-hot vehicle a lot of people are going to admire.