Could this smart electric motor change the world? 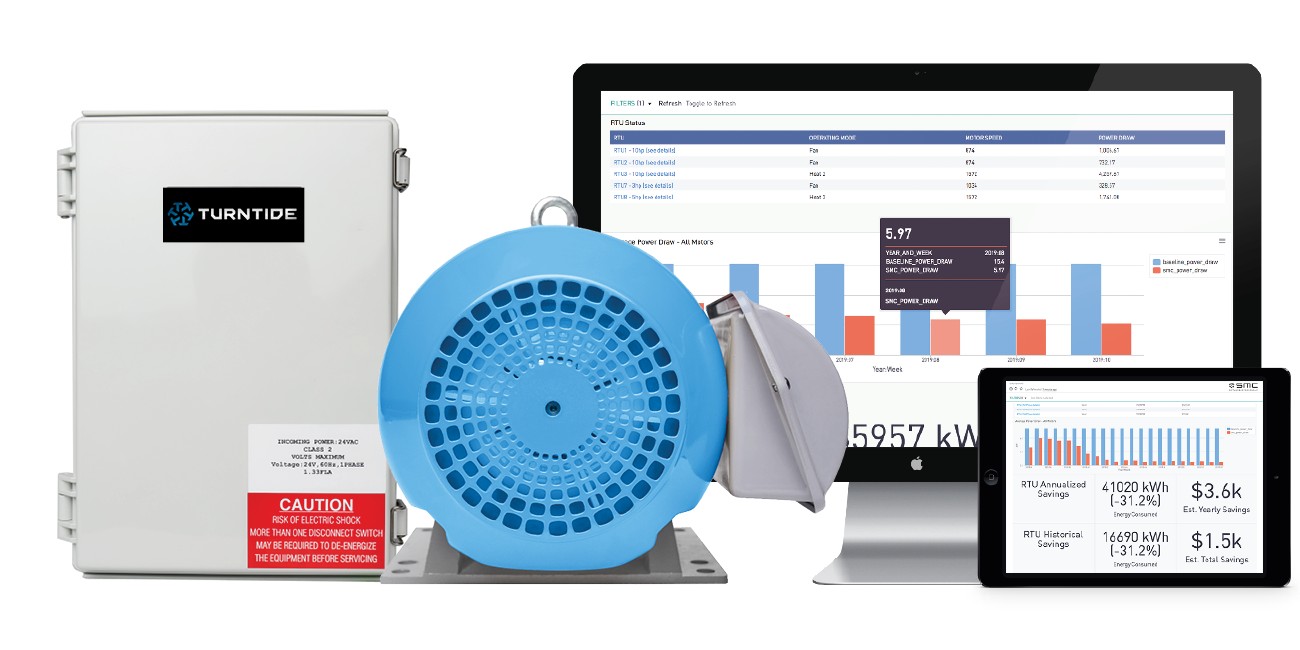 Amazon’s Climate Pledge Fund, which was announced in June 2020 and has an initial $2 billion in funding, invests “in visionary companies whose products and solutions will facilitate the transition to a low-carbon economy.”

Turntide’s Smart Motor System’s digital motor is software-driven, intelligent, and sustainable. For example, if a building is getting too hot or too cold, the Smart Motor System can slow the speed of the motor, lowering the output of conditioned air and eliminating excess energy waste and cost.

Turntide’s technology integrates software that allows for Internet of Things control system capabilities and data collection delivering ongoing value over time, monitoring for degradation, temperature, and speed. The motor is a “drop-in” solution.

Turntide’s Smart Motor Systems are being manufactured, shipped, and installed at scale across the US, Canada, and the UK, with further international expansion planned in 2021. It has pilots in the Middle East, Asia, and Mexico.

Nest founder and Future Shape principal, who also invests in Turntide, among others, said:

Turntide delivers electrical motors that are 25% more efficient. That changes the $100 billion
motor industry. And, it will change the future of our climate.

You can learn more about Turntide’s smart motor in the video below:

As the world warms and more fossil-fuel powered machines switch to electricity, the demand for electricity will only continue to grow. There is no path to 100% renewable energy sources without drastically reducing the amount of energy that we use.

With the support of our global coalition of investors, we are able to continue the Smart Motor System’s market expansion. Modernizing the world’s motors is essential in the fight against climate change and will reduce the world’s carbon footprint- imagine adding seven new Amazon rainforests to the world.

Turntide’s Software Motor Systems are currently being used in Five Guys locations, Amazon facilities, and other retailers, grocers, and commercial buildings around the world.

A huge part of transitioning to green energy is innovation, and this is a great example. Electrek recently wrote about a new hydrogen engine developed in Belgium, for example. It’s going to take a lot of creativity, hard work, money, and rollout, boosted by government incentives and support, but I’m excited to see what keeps coming down the pipeline.

It’s also great to see companies like Amazon (and the Nest cofounder) provide money for inventions that make our world better. They know it’s a good investment.