Crab vs. goat battle between GMC Hummer and Ford Bronco 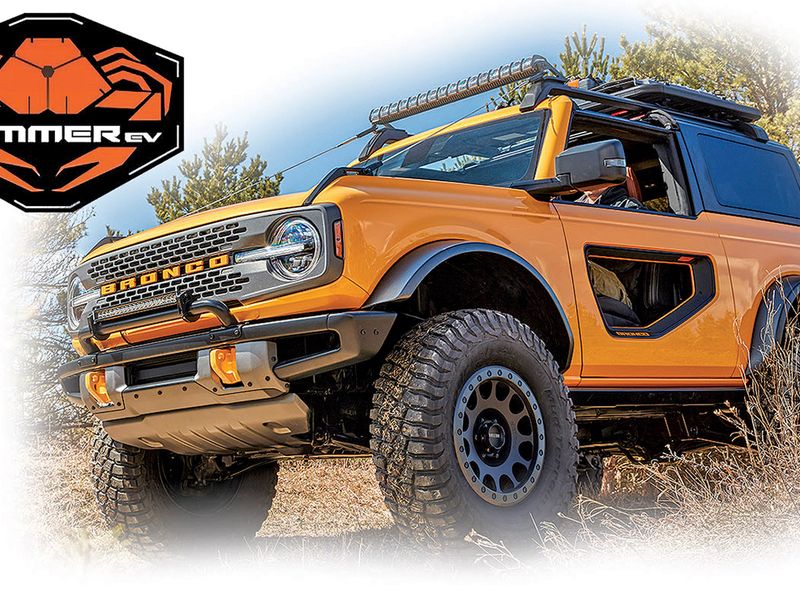 There’s a series of a dozen children’s books called Who Would Win? in which the author explains what would happen if two animals faced each other in a hypothetical battle to the death. Among the matchups are “Hammerhead vs. Bull Shark,” “Green Ants vs. Army Ants” and “Wolverine vs. Tasmanian Devil.”

Now Ford Motor Co. and General Motors are offering what amounts to a 13th installment in the series: goat vs. crab.

The automakers took cues from different species as they designed upcoming off-roaders to conquer whatever terrain drivers encounter. The Ford Bronco has GOAT modes while the GMC Hummer EV has crab mode.

The Bronco’s GOAT system allows drivers to choose from eight different handling modes: Normal, Eco, Sport, Slippery, Sand, Baja, Mud and Rock Crawl. The acronym, which stands for “goes over any type of terrain,” was coined by Donald Frey, Ford’s president when the company unveiled the original Bronco in 1965.

GMC officials last week said the Hummer, scheduled to be unveiled Oct. 20, will have optional four-wheel steering capability called crab mode. The brand released a video showing a crab walking sideways in front of the electric pickup on a deserted beach. When the crab stops, the driver engages crab mode, all four tires angle to the right and the truck drives diagonally past the crab.

Both vehicles and their respective animalistic features are set to arrive next year.