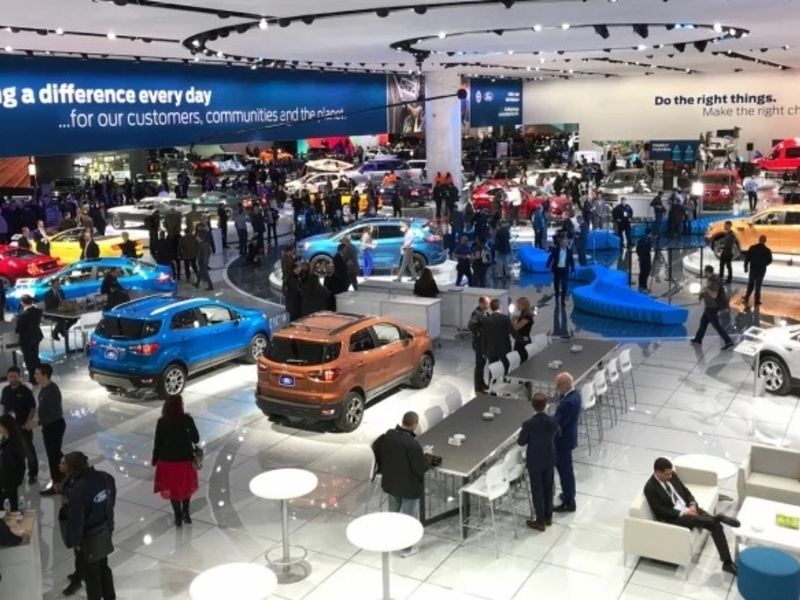 The North American International Auto Show will move its indoor-outdoor show to fall 2021 after canceling the 2020 edition of the Detroit show because of the COVID-19 pandemic.

The change announced Monday comes weeks after organizers for the Los Angeles auto show said they would move the 2020 show from November to May 2021, wedging itself in between the New York and Detroit shows. And, in Europe, the Geneva auto show is considering a March 2021 date.

The move to September will mean that Detroit will have gone more than 2 1/2 years without one of its signature events, which organizers estimate has an economic impact of more than $400 million on the region. The January show typically drew more than 800,000 attendees.

Show officials said in a news release that the event will remain in the fall each year after September 2021 and the dates have been secured for three years at TCF Center in downtown Detroit.

The show will run Sept. 28-Oct. 9 in 2021 and will include the outdoor activities envisioned for the inaugural summer show that was canceled.

“We have talked with many of our partners, particularly the OEMs, and they are fully on board and excited about the date change,” NAIAS Executive Director Rod Alberts said.

“Our responsibility as an auto show is to host a global stage for current products as well as mobility innovations of tomorrow. September is an excellent time of year for new product, and at the same time, alleviates the challenges a now crowded spring auto show calendar presents for auto show stakeholders.”

Doug North, chairman of the 2021 show, said organizers considered an October timeframe before they made the initial switch from January to June, but decided it would be too close to the traditional November L.A. event. When the L.A. show announced its own move to May, they decided to act.

“We felt like the stars really lined up,” he told Automotive News.

He said he didn’t expect any bad blood between the show organizers moving forward.

“I think by making this move, it does provide greater opportunity for New York and L.A. to have good shows and not be on top of ours,” he said. “I think it’s to their advantage that we moved.”

North said he’s received “strong support” from virtually all automakers. The move means they no longer have to divide up vehicle reveals and precious marketing dollars over what would have been a three-shows-in-three-months stretch.

“Every manufacturer has a history of new vehicles being out in the fall,” he said. “This really fits their timeframe.”

The move represents a second calendar shift for the NAIAS, which is produced by the Detroit Auto Dealers Association.

A plan to re-envision the show as a more interactive indoor-outdoor experience extending outside the walls of TCF Center was unveiled in 2018, taking advantage of warmer weather than the show’s traditional January dates.

The last January show happened in 2019, and the show was expected to take 18 months off before the first summer show this year. But that was not to be, as the show was canceled in late March as the coronavirus crisis spread around the globe and in Michigan.

The move by the Los Angeles show threatened to create a logjam of major shows in mid- to late spring.

The biggest auto shows had been struggling before the onset of COVID-19 as automakers sought to rein in expenses while increasing their products’ time in the media spotlight. Some automakers have opted for standalone events and online vehicle reveals.

After spending the past year touting the advantages of warm weather, organizers are now looking forward to cooler air.

“With seasonable autumn temperatures and technology and experiential activations positioned throughout the city, show visitors will be able to enjoy fall in a walkable, vibrant Motor City while embracing the future of the industry right before their eyes,” North said in a statement.

He said the show will include the same features planned for the summer event, including outdoor displays as well as ride-and-drives. There were even plans for a German Haus near the convention center that would feature an outdoor biergarten.

Among the new additions that will carry over will be Motor Bella, a three-day weekend kickoff to the show featuring Italian and British supercars that will now take place Sept. 24-26.

For the original June date, organizers wanted to stage vehicles in parking lots across from the Detroit Athletic Club and Detroit Opera House, as well as along a stretch of Broadway Street. Italian eateries were expected to set up tents along the boulevard.

Michael Martinez of Automotive News contributed to this story.