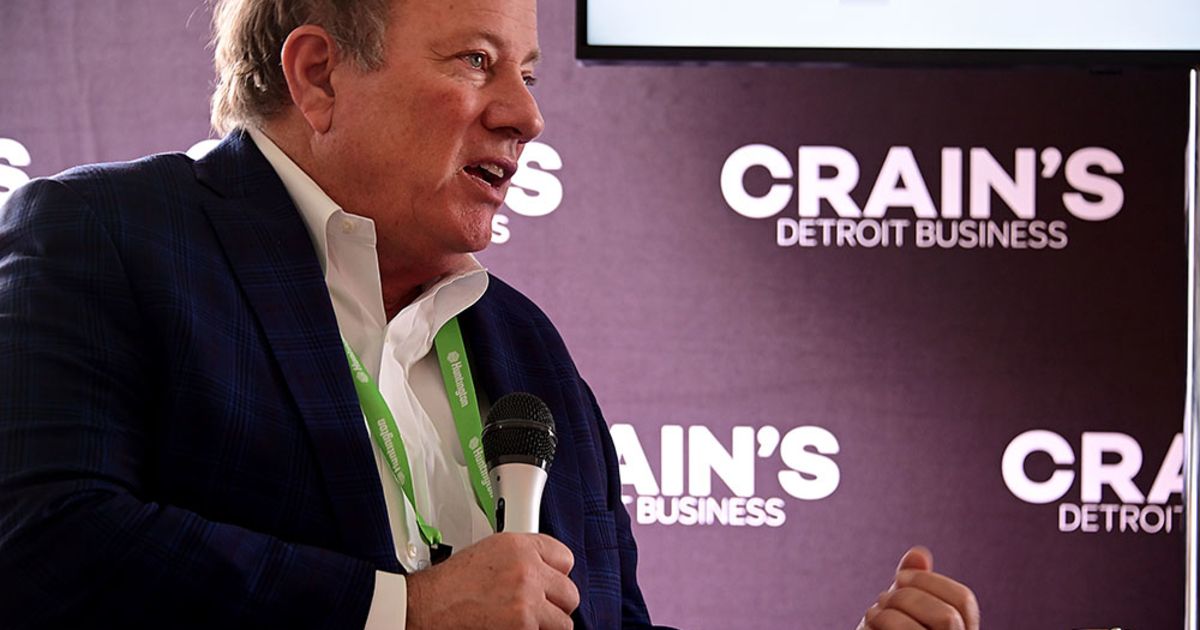 “If I had had a site to compete for the EV plant, we would have won it, but I didn’t,” Duggan said.

Stellantis has been hit by Michigan regulators with multiple air quality violations at its new Jeep assembly plant on Detroit’s east side. The automaker, with North American headquarters in Auburn Hills, indicated that Indiana’s friendly business and regulatory climate was a major draw for the automaker. Still, Duggan said Detroit is a desirable place to do business.

“Stellantis is tremendously pro-Detroit, and I couldn’t admire them more, Duggan said. “There are significant emissions issues that they need to correct at their plant.”

The city is “very much in competition right now” for another supplier plant at the former AMC site, and it is working to demolish the Packard Plant for redevelopment. Supplier plants in the works or recently completed in the city include Lear Corp., Magna International Inc. and Dakkota Integrated Systems.

“In the suburbs and surrounding states, they’ve got greenfield sites ready to be developed,” Duggan said. “I’m hoping the state Legislature does in fact pass a site preparation fund. They keep saying they’re going to.”

The Michigan Economic Development Corp. has about $335 million left of the new Strategic Outreach and Attraction Reserve (SOAR) fund, passed by lawmakers to attract new business investment to the state. Another $500 million has been proposed.

“Right now, everything is about, can I get the site ready soon enough?”