DOJ Is Cracking Down on Towing Companies That Seize Troops’ Cars 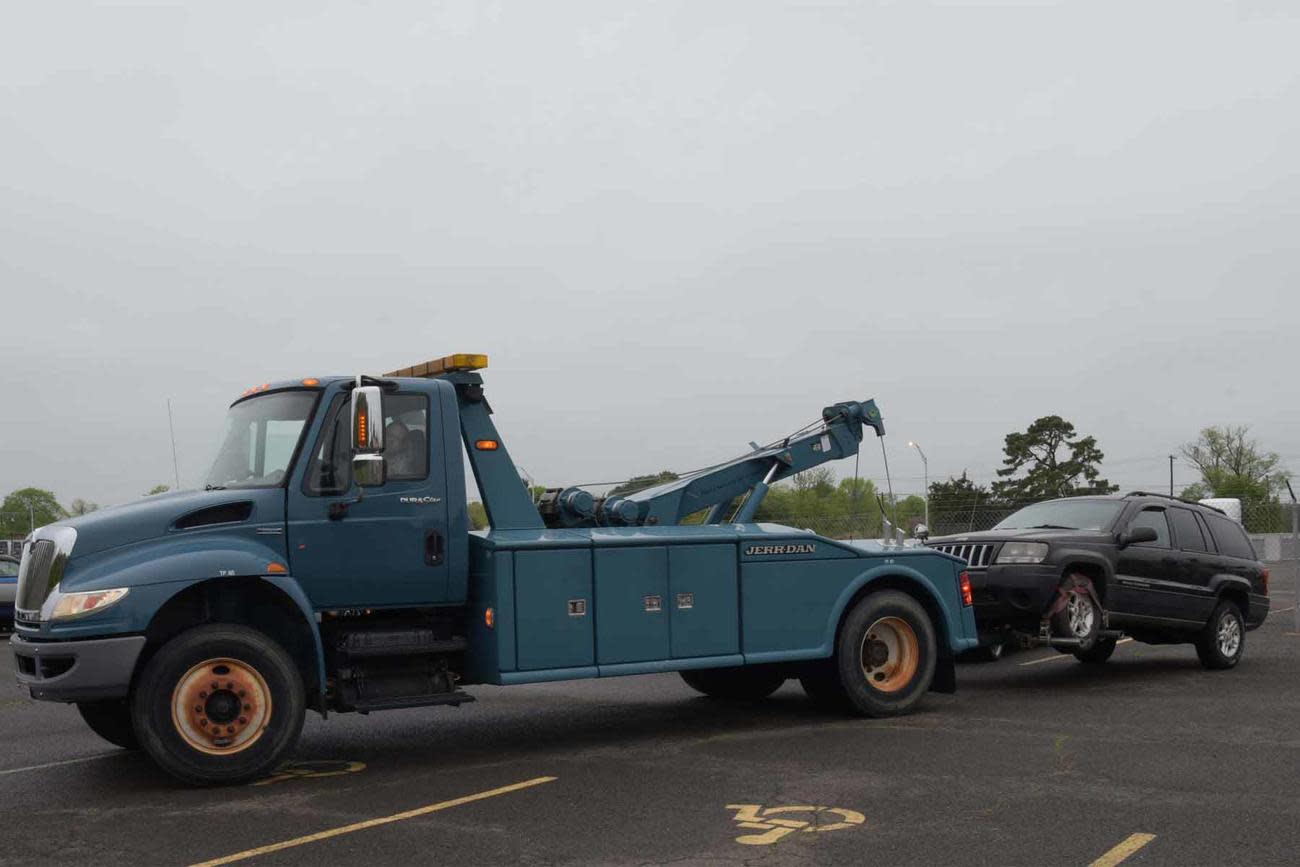 The Justice Department filed suit Monday against a Dallas-based towing firm for allegedly auctioning off cars and trucks belonging to U.S. service members in violation of the Servicemembers Civil Relief Act.

The suit against United Tows LLC is the latest in a string of civil actions taken against towing companies nationwide for failing to comply with a law that requires companies to get a court order before disposing of troops’ vehicles.

Justice officials charged that United Tows LLC sold at least five vehicles belonging to service members in their absence and without their consent.

According to the department, United Tows sold a Toyota Corolla belonging to an airman who was attending basic training in San Antonio and had called to say he was unable to retrieve it.

The owner of the company told the airman she did not believe he was in the military, according to a DoJ release.

“When members of our military answer the call to serve our country, they should be able to do so without having to worry that their vehicles or property will be auctioned off while they are on duty,” said Assistant Attorney General Eric Dreiband of the DoJ’s Civil Rights Division.

Earlier this month, the DoJ announced it had reached an agreement with a Florida towing company amid charges that it illegally sold or scrapped service members’ cars. According to court documents, ASAP Towing & Storage Company of Jacksonville, Florida, allegedly auctioned off at least 33 service members’ vehicles between 2013 and 2020 without obtaining court orders.

ASAP Towing agreed to pay $99,500 total in compensation to affected service members and $20,000 in penalty fines to the federal government. The company also is required to develop new procedures for determining an owner’s duty status and to obtain a court order or waiver to the SCRA to sell a service member’s car.

In the Dallas case, the Justice Department is pursuing similar damages and civil penalties and wants the Northern District of Texas U.S. District Court to prohibit the company from violating the SCRA.

United Tows referred a request for comment to the company’s attorney, James Creedon of Frisco, Texas. Creedon did not return a call by publication time.

The United Tows case is the fourth that has been filed or settled in the past five weeks over SCRA violations by towing companies or entities that authorize towing, including the city of San Antonio.

The Justice Department reached a settlement with San Antonio on Sept. 4 over allegations that it auctioned at least 227 vehicles that should have been protected under SCRA. By law, anyone moving to sell a service member’s vehicle or property must first obtain a court order — a reprieve that allows for an investigation into circumstances before a sale occurs — but the city failed to complete the requirement in many cases.

The DoJ was alerted to the problem in San Antonio by Air Force Staff Sgt. Paula Rangel, who said the city towed and auctioned her vehicle while she was deployed to Afghanistan. When Rangel learned her vehicle had been impounded, she asked military legal assistance to intervene.

Military lawyers contacted the city and identified Rangel as a U.S. service member but, according to court documents, employees at the storage facility refused to release the vehicle to Rangel’s unit.

San Antonio was ordered to pay $47,000 to two service members who said their cars had been illegally auctioned and establish a $150,000 settlement fund to compensate others who were affected.

The city also must develop policies for ensuring that SCRA is upheld in circumstances when military service members are not able to retrieve their belongings or vehicles because of military service.

“Service members who serve our country honorably should not have to come home to find that their only means of transportation and its contents have been auctioned off to the highest bidder,” Dreiband said.

The Defense Manpower Data Center maintains a free database that gives the public access to a service member’s duty status for SCRA determination.

The DoJ encourages anyone who thinks their SCRA rights have been violated to contact their nearest Armed Forces Legal Assistant Program Office.