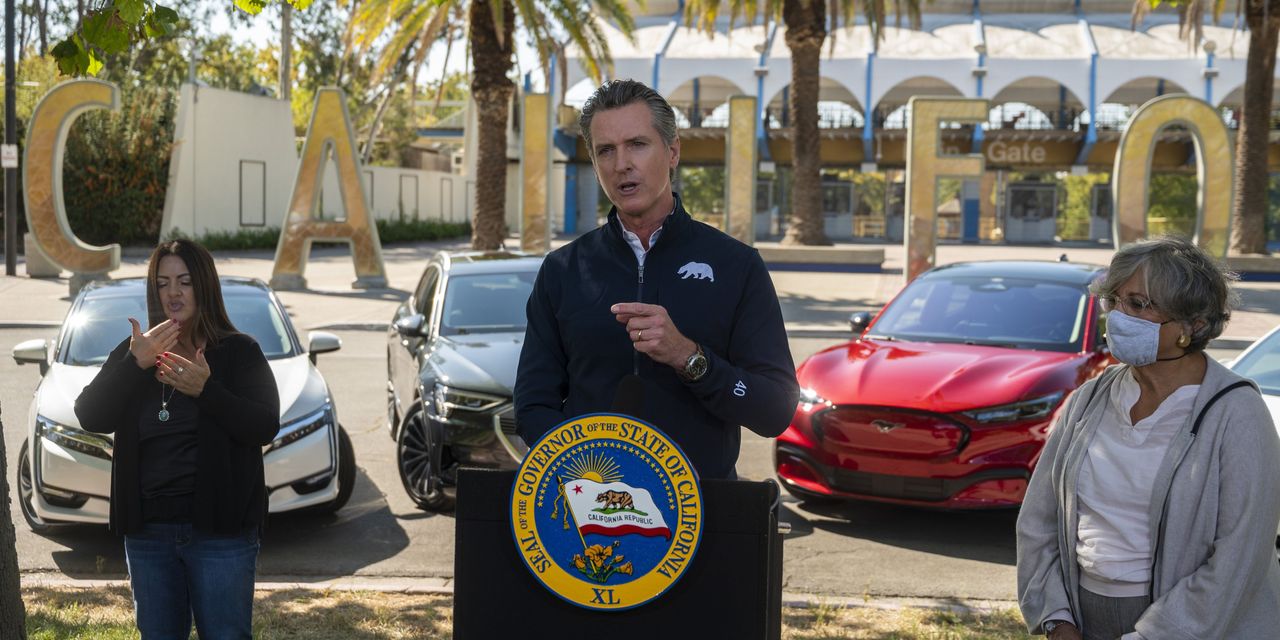 WASHINGTON—The Environmental Protection Agency raised concerns about California Gov. Gavin Newsom’s plan to ban sales of new gasoline and diesel-powered passenger cars in the state by 2035, arguing that the mandate is impractical and possibly illegal.

“California’s record of rolling blackouts—unprecedented in size and scope—coupled with recent requests to neighboring states for power begs the question of how you expect to run an electric car fleet that will come with significant increases in electricity demand, when you can’t even keep the lights on today,” Mr. Wheeler wrote in the letter.

Mr. Wheeler also said the order likely wouldn’t be able to be implemented by the California Air Resources Board without approval from the EPA, noting that the Trump administration in 2019 took away California’s power to set its own vehicle tailpipe emissions standards.

The governor’s order, which he signed last week, is an ambitious step to bolster electric vehicles and slash greenhouse-gas emissions. The order is aimed at new-car sales and won’t prohibit Californians from owning or selling existing gas-powered cars, Mr. Newsom, a Democrat, said last week.

California would be the first U.S. state to ban gas-powered vehicles, but other countries, including France and Germany, have adopted similar goals. The California governor has made climate change a central part of his policy agenda, and in announcing the order cast the measure as a step toward tackling the problem.

“Of all the simultaneous crises that we face as a state…none is more forceful than the issue of the climate crisis,” he said. “What we’re advancing here today is a strategy to address that crisis head on, to be as bold as the problem is big.”

Mr. Newsom said transportation is responsible for more than half of carbon emissions in the state.

The White House criticized the order last week, casting it as an example of government overreach.

Monday’s EPA letter comes as California and the Trump administration are facing off in court over the state’s special authority to regulate tailpipe emissions, established under the Clean Air Act of 1970. California’s authority to enforce the order banning gas-powered vehicles may depend on the outcome of that legal battle, which is currently before a federal appeals court in Washington, D.C.

—Timothy Puko contributed to this article.

Corrections & Amplifications
Gavin Newsom is the governor of California. An earlier version of this article incorrectly spelled his name as Gavin Newsome. (Corrected on Sept. 28)