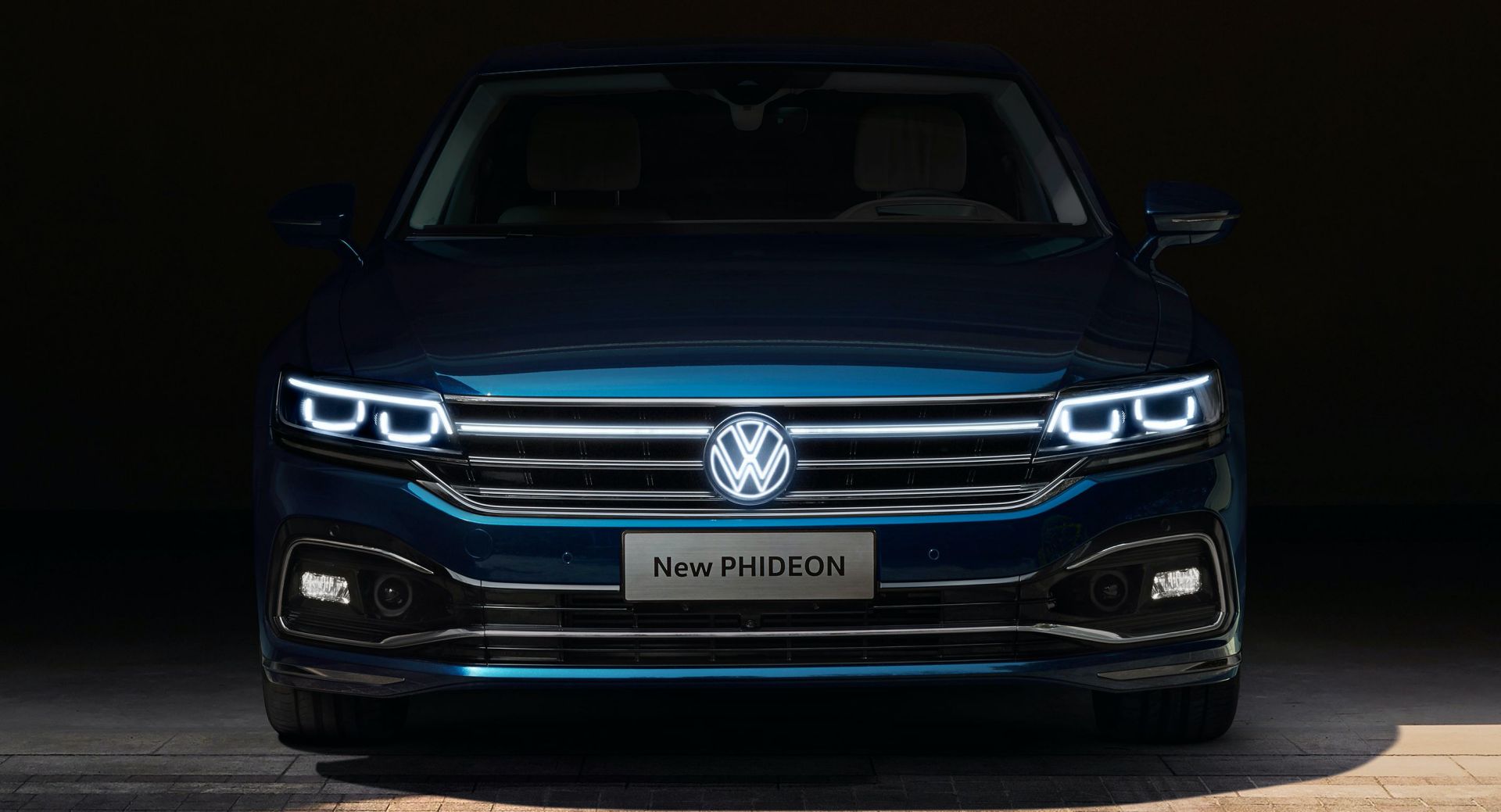 Earlier this year, the first images of the facelifted VW Phideon flagship sedan surfaced on the web courtesy of China’s Ministry of Industry and Information Technology.

Now, the successor to the ill-fated Phaeton has officially debuted at the Beijing Auto Show with minor styling and content upgrades. Built by the SAIC-VW joint venture, the Phideon (Hui Ang by its Chinese name) gains an updated face featuring the first-ever illuminated logo on a VW production car. Also new is a light strip that unites the logo with the headlights.

The front bumper has been revised too with a horizontal chrome trim in the lower grille connecting the double C-shaped trim around the fog lamps. Also now is the high-gloss black contour trim. 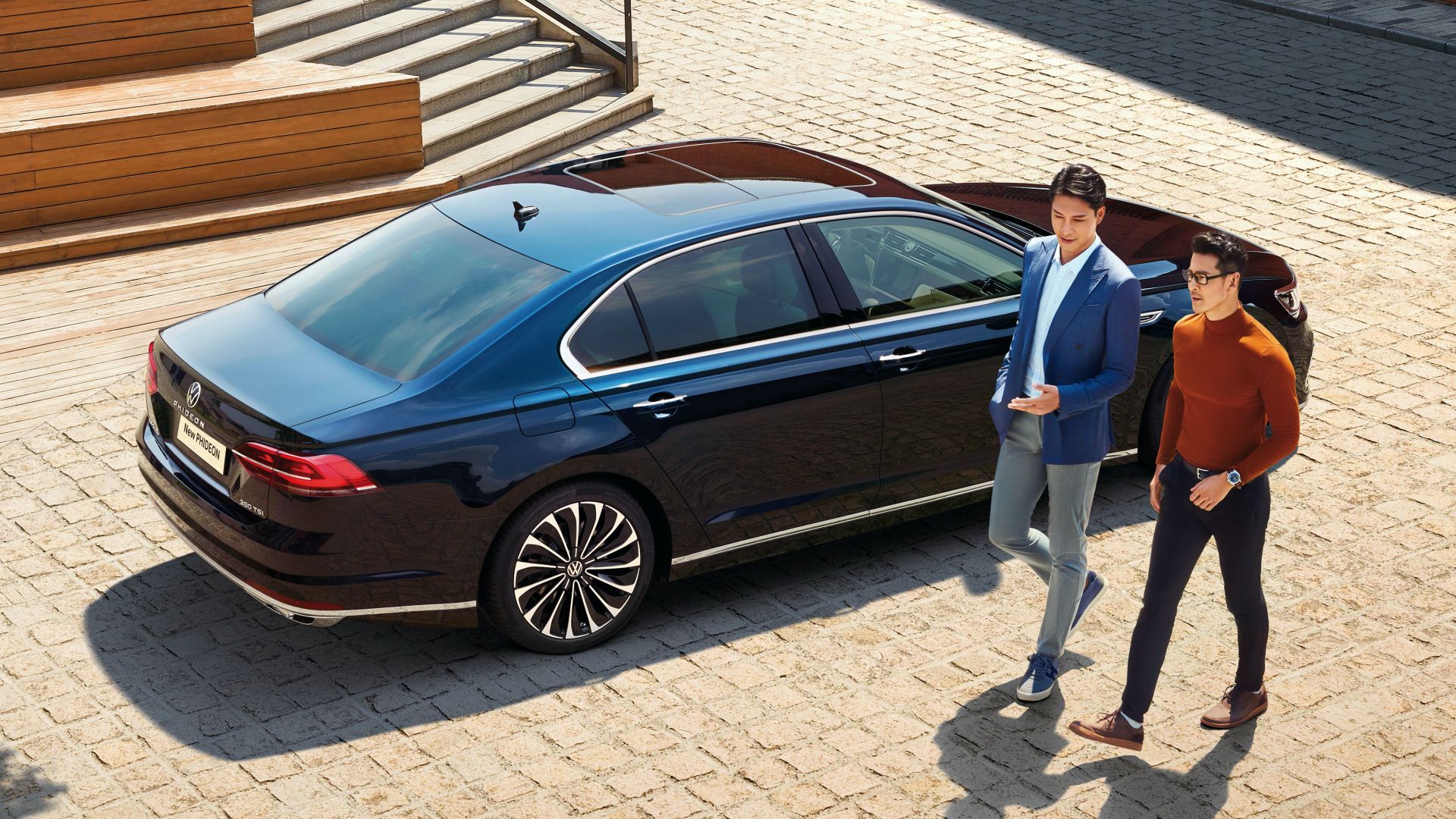 Seen from the side, the 2021 VW Phideon only reveals new alloy wheels, while at the back the LED taillights gain dynamic indicators and a new signature. Last but not least, the big sedan adopts the new VW logo and a new font for the Phideon lettering on the boot lid.

Inside, Volkswagen has added new features including a 9.2-inch touchscreen for the infotainment system, head-up display, an infrared night vision imaging system, a rear car refrigerator, and a Dynaudio sound system. Styling-wise, the cabin gains high-gloss black trim and chrome trim. Also new for the 2021 model year is the optional adaptive air suspension which allows the driver to adjust both the ride height and the hardness of the damping. 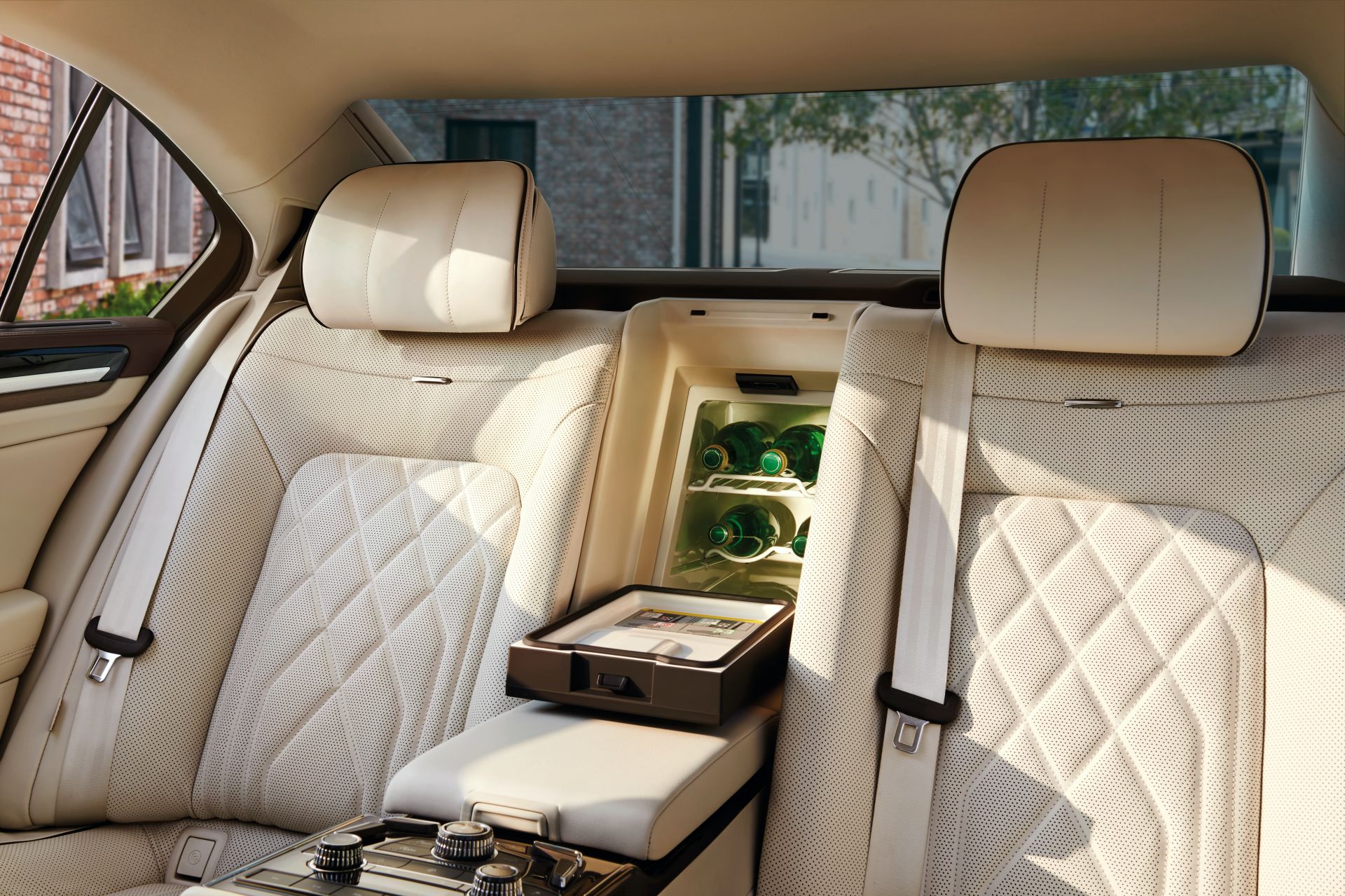 When it comes to engines, customers no longer have the option of the 3.0-liter V6 AWD powertrain or the 2.0-liter plug-in hybrid. As a result, the 2.0-liter TSI four-cylinder gasoline engine rated at 224 PS (221 HP) and 350 Nm (258 lb-ft) of torque remains the only choice. It’s hooked to a seven-speed DSG driving the front wheels.

SAIC-VW will launch the 2021 Phideon on the Chinese market in October.