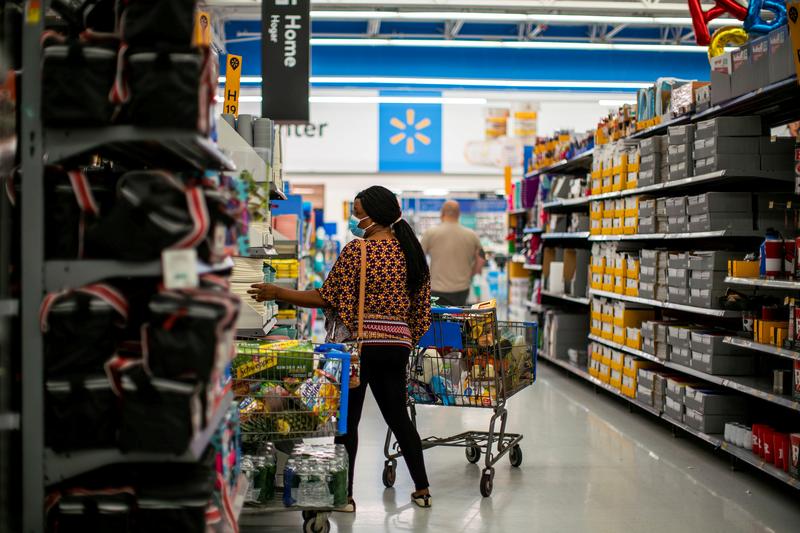 (Reuters) – U.S. consumers on balance paid only a little bit more for goods and services last month as supply chain disruptions that contributed to a bump up in inflation over the summer began to ease, a welcome respite for the millions who remain unemployed.

While that easing pressure on pinched consumers might offer a benefit to Republican President Donald Trump’s reelection prospects against Democratic challenger Joe Biden, it does come with a big “on the other hand” caveat: It is the latest sign of fading momentum in the rebound from this spring’s record-setting economic slump.

A bit of inflation typically is an indication of strengthening demand, an encouraging signal that consumers have reliable sources of income allowing them to contribute to growing an economy that hinges extensively on their spending. But with roughly 11 million still out of work and desperate for a new round of COVID-19 relief from Washington, September’s modest uptick in prices is no such signal.

In fact, she notes prices would have been unchanged but for one thing: The largest monthly increase in used car and truck prices since 1969. And with cash-strapped consumers increasingly reliant on their own transport to get to an on-site job, that’s no welcome development.

Food price increases, too, are moderating after a big run up in the spring, but where you eat makes a big difference.

If eating at home, as millions without work have no choice but to do, then food prices were lower for a third straight month.

If eating out, though, as more consumers are doing as restaurants continue to reopen around the country, prices shot up by the most in 12 years last month.