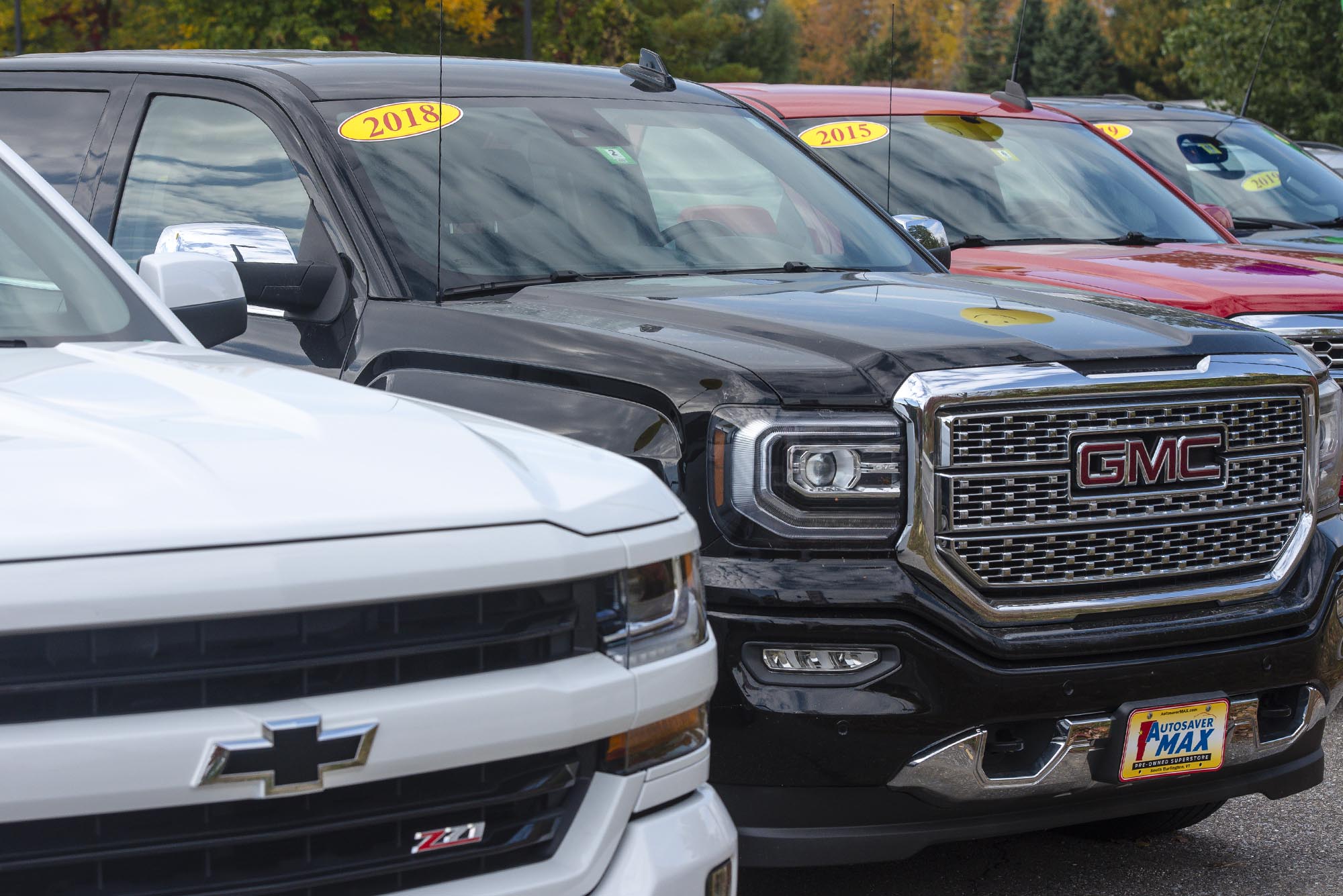 Looking to buy a good used car? Good luck. Far fewer used cars than normal are available to buy in Vermont, and across the nation.

And, with a shortage of used cars, the prices have shot up for those up for sale.

Blame the pandemic, which has cut into manufacturing of new cars and sent a flood of car-buyers to the used-car market, according to Edmunds, a car research site.

The average listed price of used vehicles was $21,558 in July, according to Edmunds, $708 higher than it was in June.

Marty’s Auto in Milton has a niche — it rebuilds damaged cars, then sells them. But business has become much tougher during the pandemic, said Chad Wheeler, the general manager. He usually buys damaged cars at weekly auctions; normally, he has a choice of 15 cars. Now, it’s down to seven or eight.

“With no one going anywhere, people weren’t really getting in accidents, and then the bars are closed, so everyone is all sober and driving around carefully, so there’s not many accidents happening,” Wheeler said.

“We have a really loyal following, but the margins aren’t there; it’s harder to give as good of deals to folks — across the board.”

Kyle Sipples of the Autosaver Group, which has half a dozen dealerships in Vermont and more in other states, said his company has been swapping cars across three states to give customers a good selection to choose from, although prices are up.

One problem with the pandemic is that many people have less money than usual for car-buying.

VTDigger is underwritten by:

“Vermont, more so than most states, really relies on the service industry and tourism, which got hit hardest during Covid,” Sipples said. “All dealerships in Vermont are struggling with the cost of obtaining cars, but we’re not able to pass that cost onto the consumer.

“Customers still expect good deals, and we need to provide that if we’re going to sell a vehicle,” he said.

On the other hand, if you’re trading in a car, Sipples said, you’ll get an excellent price for it.

“I think most dealerships in Vermont are cautiously optimistic things will improve. But they’re also being careful when it comes to inventory and managing inventory with demand, and trying not to overbuy,” Sipples said.

But these days, overbuying isn’t even possible for many dealerships.

Chris Tatro, a salesman at Burlington Subaru, said the hottest vehicle he sells is a Toyota Tacoma pickup truck. In a normal month, he sells about 10 Tacomas himself. But lately, he said, the dealership can get only get three Tacomas or so per month.

“People get it,” Tatro said. “They understand what supply and demand is. Certain people that are unhappy no matter what are gonna cry about it, but in general, the masses are not struggling with it too much, it doesn’t seem like. They’re still buying cars.”

Want to stay on top of the latest business news? Sign up here to get a weekly email on all of VTDigger’s reporting on local companies and economic trends. And check out our new Business section here.