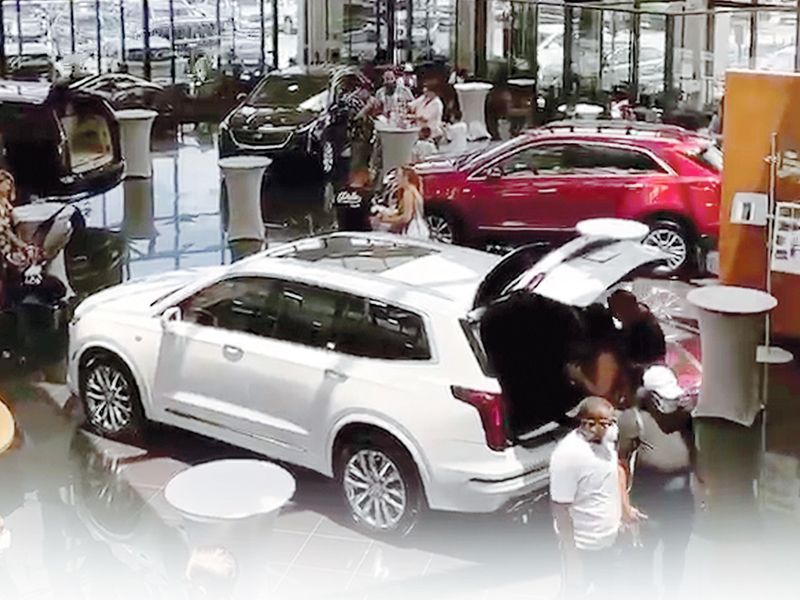 Working longer hours than the competition also helped the dealership move up the Cadillac rankings, Vera said, adding that the store picked up leads on Sundays when some rivals were closed.

“We were not closing on Sunday. We did not close at 5 o’clock when we normally closed at 9,” he said. “We closed at 7 for two weeks. Then we went to 8 for a week, and then we went to 9, back to schedule.”

During the summer months, after shutdown restrictions across the country eased, Vera’s store dropped some in Cadillac’s national rankings but was in the top 15 as of July. In August, the dealership retailed 136 new vehicles across its three brands and 59 used vehicles. It sold 1,256 new vehicles and 652 used vehicles for all of 2019.

An ample supply of 2020 Cadillac Escalades contributed to the sales success, Vera said. With GM transitioning to a redesigned 2021 model, the dealership sold some of the big SUVs to people as far away as New Orleans and Ocala, Fla., nearly 300 miles north of Vera’s South Florida market.

In mid-May, the dealership bought more than 30 Cadillacs from dealerships in Georgia and other states.

“Once we saw that we were selling and all these dealers were freaking out because they were playing defense and they were getting rid of inventory thinking it was going to be another year before we sell anything, we were buying,” Vera said.

In June, the dealership hosted a seven-hour socially distanced event showing off the 2021 Escalade and sold 27 of the luxury SUVs that day. Among the Escalades ordered were two for singer-songwriter Jason Derulo, Vera said.

“I’ve never sold 27 of anything in one day,” Vera said. The store also retailed 12 Buicks, GMCs and used vehicles that day.