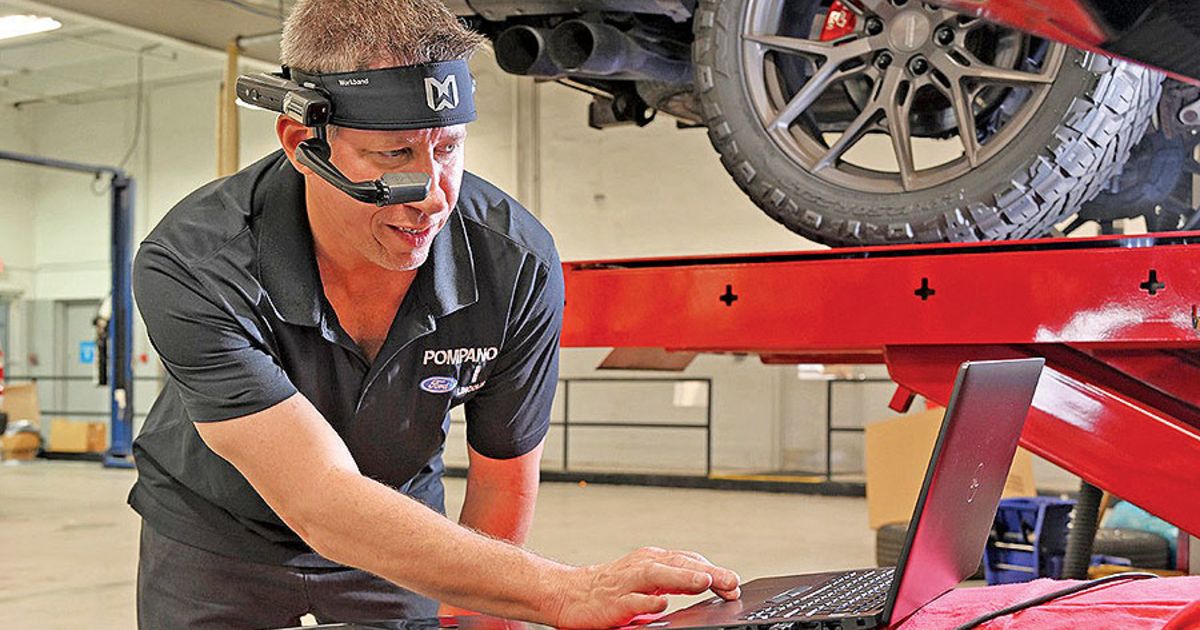 Many senior technicians question the need for new tools. On the other hand, younger technicians gravitate toward the technology Ford and other manufacturers are adopting.

“I welcome the new stuff,” said Juarez. “We have some dinosaurs, and we do love our dinosaurs. We can’t replace their knowledge.”

Juarez said younger people coming into the workplace need the help of the latest technology because there’s so much more in vehicles today.

“You can find a problem, but there could be another problem lurking behind that one,” he said. “I think it’s good, and with the hybrid vehicles and electric vehicles coming out, we need all the help we can get.”

Hershey said he wishes SWIS has been available in 2017 when Pompano Ford was trying to figure out what was wrong with the Broward County Sheriff’s Department’s new Ford Focus EV.

The car would just not run, and Ford’s schematics did not match what Hershey saw as he attempted to troubleshoot the car, which had been out of service for nearly a month. During that time, a field service engineer and two of the vehicle’s designers arrived from Ford headquarters in Michigan to confirm that something was amiss. Hershey thinks SWIS would have saved time, money and effort.

He said he definitely prefers the newer way of connecting with experts at Ford.

“We had a technical hotline,” Hershey said of pre-SWIS times.

“We could go through Ford Oasis with its catalog of known issues for difficult problems, but that could take up to a week for them to get back to us, resulting in a lot of time and effort and an unhappy customer.”