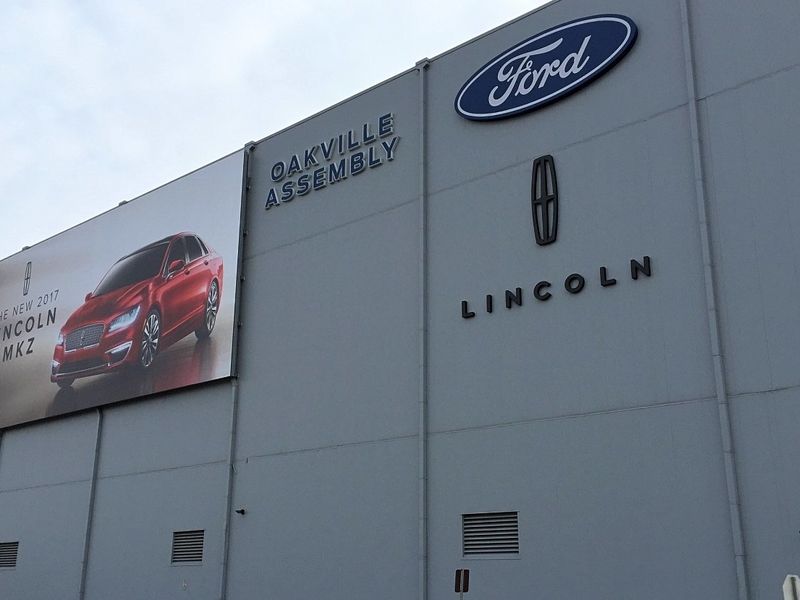 Unifor and Ford Motor Co. remain “miles apart” in bargaining as Monday’s contract expiration looms, according to the union’s president.

“We’ve got a ton of work to do,” Unifor President Jerry Dias said. “We are far apart right now on everything: product, economics. Ultimately, I realize we have several days yet to go, but the clock is starting to tick.”

The union is seeking an investment and new product for Ford’s Oakville, Ont., plant, where production of the Edge crossover will reportedly end in 2023. Unifor also wants changes to the 10-year wage grow-in period and other economic gains.

The master agreement between Ford and Unifor covering about 6,300 Canadian workers is set to expire Monday at 11:59 p.m. ET. Unifor last week picked Ford as its target company, meaning it will look to pattern subsequent deals with Fiat Chrysler Automobiles and General Motors based off an eventual contract with Ford.

Ford COO Jim Farley, who will take over as CEO on Oct. 1, said discussions with Unifor were “going great.”

“I’m staying very close,” Farley said at an event near Detroit. “I’ve talked with Mr. Dias and all the political leaders in Canada. It’s a very important negotiation for Ford. We’re working through it now.”

Dias said he remained confident the two sides would get a deal done before the deadline, though he cautioned that it was still too soon to say so definitively.

“As we start to get closer to the deadline, we’re going to have a much better idea,” he said. “There’s still lots of time right now. Things can move quickly and can shift on a dime.”

If no deal is reached by the Monday night deadline, Unifor would be in a legal strike position. But Gary Johnson, Ford’s head of manufacturing and labor affairs, told Automotive News that he was not expecting a strike at this time.

“I wouldn’t try to handicap it, but it’s the last thing we want to do,” he said. “We’re going to do what’s fair to the company and fair to employees, but I’m not expecting a strike. But you never know. Maybe things change and it’s something you do, but that’s not the goal.”

Johnson said negotiations were “on track,” adding that he speaks with Dias every day. He said Canada remains “important” to Ford as a manufacturing hub.

“One of the things you always talk about is, how do you build where you sell? That’s what our ‘Built for America’ campaign is all about [in the U.S.] It’s a similar discussion in Canada,” he said.

Dias complimented Ford’s bargaining team for being “incredibly professional” during the talks.

“They have a team that is capable and qualified. Let’s just say I’ve dealt with a lot worse companies than Ford over the years. It’s been respectful, and the needle is moving slowly,” he said.

Dias said last week that the union was looking to secure three-year contracts with Ford and the other automakers, instead of the four-year deals that have been standard since the 2008-09 financial crisis. Unifor’s predecessor, the Canadian Auto Workers, negotiated three-year deals before the bankruptcies of GM and Chrysler.

“It was like that for 50 years, so we’re used to that,” Ford’s Johnson said. “I think there’s advantages on both sides. We’ll see where it comes out.”

This year’s negotiations have taken place amid the COVID-19 pandemic, which will move an eventual ratification vote by Unifor members online. Dias said negotiating during the pandemic has been “odd” for him, considering social distancing requirements, more video conferencing and the use of face masks.

“So much of what we do is about expressions; it’s about messaging,” he said. “It’s pretty tough when you’re looking at a mask all day long. It’s a lot easier to play poker when your face is covered.”

“The last weekend we were on phone calls at midnight,” Johnson said. “If we can’t do it physically, we’ll figure it out and make it work.”

Michael Martinez contributed to this report.