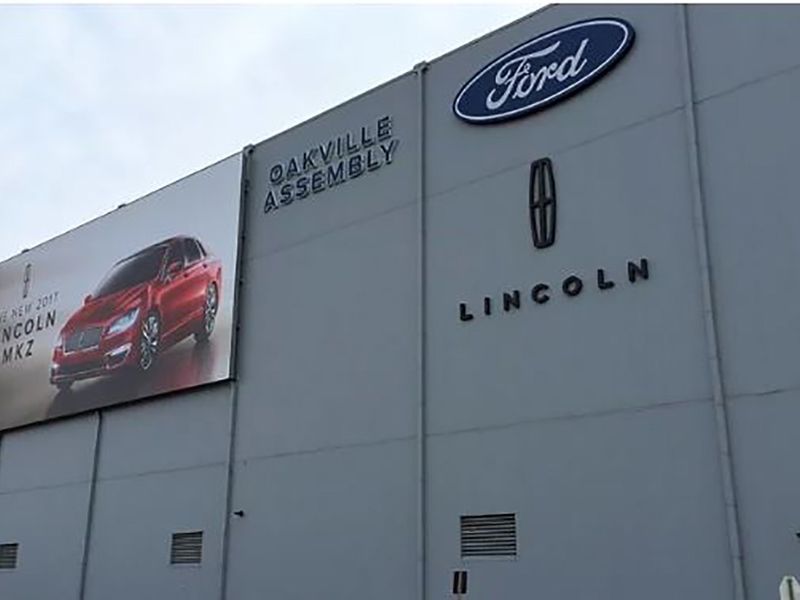 The announcement comes as part of a tentative three-year labor contract the Canadian union and Ford reached early Tuesday after weeks of negotiations. Dias said the investment gives the Oakville factory, which will undergo a $1.35 billion retooling and will also assemble batteries, a new lease on life.

“It’s fair to say today, that as an organization, we hit a home run,” Dias said during a news conference in downtown Toronto. “Not only does it solidify the jobs for our members in Oakville, but it starts the discussions about the supply chain and the jobs that are created that will follow this type of an announcement. It also starts a discussion as a nation.”

The tentative contract must be ratified by workers before it takes effect. Unifor represents about 6,300 Ford workers in Canada, who will vote on the deal on Sunday.

In a statement, Ryan Kantautas, Ford of Canada’s vice president of human resources, confirmed that the company has reached a tentative contract with Unifor, though it declined to provide details.

“The agreement is subject to ratification by Ford-Unifor members,” he said. “To respect the ratification process, Ford of Canada will not discuss the specifics of the tentative agreement.”

The deal appears to meet Unifor’s objectives of securing new production for the Oakville plant and jump-starting the production of EVs in Canada. The future of the Oakville plant has been the subject of speculation after reports that Ford Edge output would end there in 2023 and leave the factory without a product to build.

“The fact is until now, Canada has not seen one dime of the more than $300 billion dollars in global investments announced for EV production. This historic agreement changes that today,” Dias said. “This is an agreement for our futures.”

Dias credited Canadian Prime Minister Justin Trudeau, Ontario Premier Doug Ford and the federal and provincial governments for getting involved in the talks. The tentative deal came after a Sunday Toronto Star report that the federal government was willing to offer about $380 million in incentives to help Ford retool the Oakville plant for EV production.

A spokesperson for Vic Fedeli, the Ontario minister of economic development, job creation and trade, did not specifically say what the government has offered or is planning to offer the automaker.

“As the Premier said yesterday, our government will be at the table to negotiate the terms of this agreement with Ford and the federal government, and will be making a meaningful contribution,” the spokesperson said in a statement.

The planned production of five electric vehicles dovetails with Ford’s EV strategy, which includes spending about $11.5 billion on EVs and hybrids through 2022, resulting in about 16 EVs.

At least one of the five EVs built in Oakville will be a crossover, Unifor President Jerry Dias said in an interview with Automotive News Canada. He also mentioned plans for two-door and four-door vehicles, though specifics were not offered.

He said it is expected that the Oakville plant would produce 200,000 vehicles annually by 2028, when the fifth model would start production. The first would  start in 2025. Oakville produced 247,615 vehicles in 2019, according to the Automotive News Data Center.

Dias said retooling of the plant would take place in 2024, the year after the tentative contract is set to expire. Asked if Ford would continue to build the Edge and Lincoln Nautilus crossovers in Oakville until then, Dias declined to comment, saying they would first go over details with members at ratification meetings.

“There’s no question that when you go through that type of retooling… the plant will be down for a period of time as we retool the operations. That’s expected and understood,” Dias said.

According to Dias, Ford will assemble batteries for the five EV models in the Oakville factory, which he said will create about 300 jobs, though he still expects that fewer people will be needed to work at the plant than are needed today.

Citing projections from Ford, Dias said Unifor “should end up landing” with around 3,000 members in Oakville building the five EV models and batteries, down from about 3,400 members today.

“If I take a look at those members today who are retirement eligible, we should be in pretty good shape,” he said.

Details regarding pensions, wages and other economic measures were not announced. But Dias said he was “very pleased” with what the union bargained, including “positive changes” to the 10-year wage grow-in period.

“Once the plant is retooled, I believe… that our members should be able to retire with their pension from Ford Motor Co.,” Dias said.

Economics could prove to be critical to ratification. A majority of Oakville workers in 2016 rejected that year’s agreement over concerns about the wage grow-in period, though strong majorities at the Windsor engine plants offset those votes.

Dias said the new engine production could create “some hiring” at the plants, which already builds 5.0-liter and 7.3-liter V-8s for those models. He said Ford has designated it as one of its “key” powertrain operations, which opens it up for future investment.

“We know that our members in Windsor will be employed for the long term,” he said.

Dias said Unifor will negotiate with Fiat Chrysler Automobiles next. Should the Ford deal be ratified by members, union leaders will look to model a new contract with FCA from it.

The Ford deal would expire in 2023, before the retooling of the Oakville plant. Dias said he was not concerned that Ford could walk away from the commitment in the time leading up to talks that year.

“We’ve locked in the future in this agreement,” he said. “We’re in good shape. It’s not like when I go into bargaining in 2023 that I’ll have to reinvent the wheel.”

Negotiating in 2023 would mean Unifor would bargain with Ford again at the same time as the UAW in the United States, which Dias believes will put the union in a better position to secure investments.

“This will give us an opportunity to work hand-in hand with the UAW to make sure that we maintain our footprint and, frankly, find a solution for expanding it,” he said.

This is the second time Dias has led off bargaining with the Detroit 3 with what he called a “historic” contract. He also used that adjective to describe the agreement Unifor came to in 2016 with General Motors.

That year, the automaker announced an investment in its Oshawa, Ontario, plant to allow for final assembly on pickups shipped from the U.S.. Oshawa would ultimately end vehicle production in 2019 and was converted this year into a smaller aftermarket parts operation.

Dias said this agreement is different due to both its size and the length of Ford’s commitment.