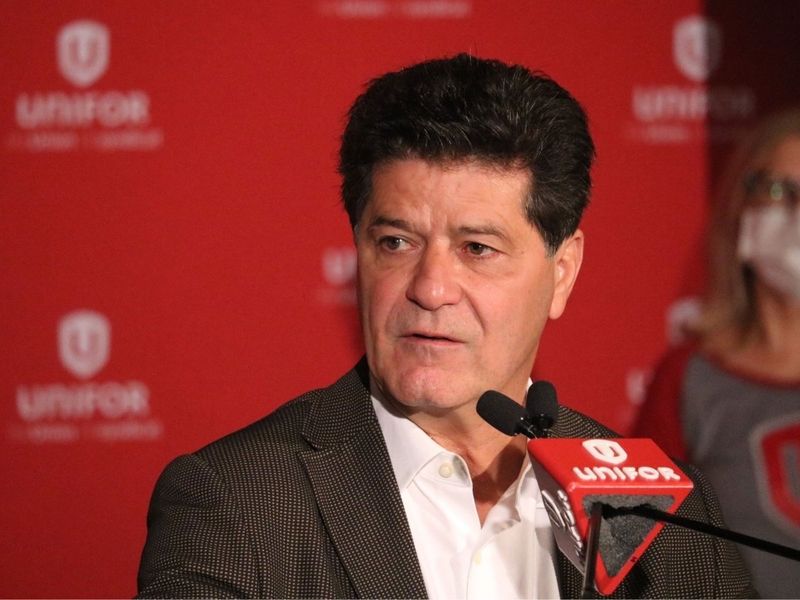 Ford workers represented by Unifor ratified a new three-year contract with the automaker that includes a commitment from the company to invest nearly $2 billion in its Canadian facilities, the union said today.

According to the union, 81 percent of workers voted to ratify the contract. Workers voted virtually on the deal Sunday through Monday morning.

“The vote result not only demonstrates our members’ overwhelming support for their bargaining committees and their new collective agreement, but also shows Unifor members have a clear vision of a strong and prosperous Canadian auto sector,” Unifor President Jerry Dias said in a statement.

Negotiations between Unifor and Fiat Chrysler Automobiles will formally begin on Thursday, Dias told Automotive News Canada. A deadline for an FCA deal will be set in the coming days, he said.

The union will look to pattern a new contract with FCA off of the Ford deal, seeking new products and investments for FCA’s assembly plants in Windsor and Brampton, both in Ontario. The Windsor minivan plant figures to be the topic of much discussion, as Dias wants one or two new products to be built there to regain the factory’s third shift, which was cut earlier this year.

“I’m not expecting any problems as it relates to the pattern, but there’s no question there’s going to have to be a lot of discussion as it relates to product and investment,” Dias told Automotive News Canada.

The Ford deal includes a promise to invest $1.8 billion in its Oakville, Ont., plant to build battery electric vehicles beginning in 2026, which would be one of the largest investments in a Canadian auto plant in recent memory. The plans offer clarity for the future of Ford’s sole Canadian assembly plant, where production of the Ford Edge and Lincoln Nautilus crossovers is expected to end in 2023.

“Working collaboratively with Unifor, and as discussions continue with both the federal and provincial governments, this agreement is an important step toward building a stronger future for our employees, our customers and our communities,” Ford Canada CEO Dean Stoneley said in a statement. “By introducing battery electric vehicle production at Oakville Assembly Complex, we are cementing our Canadian operations as a leader in advanced automotive manufacturing.”

Under the plan, Ford would begin a major retooling of the Oakville plant in 2024. According to Dias, the company plans to build five BEV models at the plant by 2027, with annual production of around 200,000 vehicles.

Sam Fiorani, vice-president of global vehicle forecasting at AutoForecast Solutions LLC, said any EV built in Oakville would likely be the same size as the Edge or larger and would be built for the North American market.

“If you’re going to build it in Canada, you’re going to want it to be higher end and a little more expensive than the ones you’re building in Mexico, especially when EVs are not making money at the moment,” he said.

Speculating on what the five EV models could end up being, Fiorani said it would make sense if a couple were Lincoln-branded variations of Ford models built there. Additionally, a high-end Lincoln specialty vehicle is possible, he said, drawing a comparison with GM’s plans to turn the Cadillac brand into a showcase for its EV technology.

The plant would employ “up to 3,000” people at that time, according to a letter from Ford to Dias, down from about 3,400 today. Dias expects retirements to account for the difference.

According to a highlights brochure posted by the union for members on Sunday, Ford’s pension plan remains unchanged. The company also plans to offer a $40,000 retirement incentive for “up to” 350 employees, including 20 skilled-trades workers, across its Canadian facilities in early 2021. And it will make retirement incentive packages worth up to $70,000 in the event of “indefinite layoffs that will not result in recall.”

According to the union, the contract includes raises and several bonuses, including a $7,250 payment scheduled for this year. It also includes a reduction in the 10-year wage grow-in period for new hires to eight years. The grow-in period has been controversial among the membership since the union agreed to it in the wake of the bankruptcies of GM and Chrysler.

The federal and provincial governments were expected to offer incentives for Ford’s investment in the Oakville plant. The Toronto Star newspaper reported last week that government support could total $500 million. A spokesperson for Navdeep Bains, the federal minister of innovation, science and industry, declined to comment on how much the federal government might commit or if negotiations with Ford were still ongoing, instead referring to Ford’s statement on ratification.

“We are pleased to hear that Unifor and Ford Motor Co. of Canada have reached an agreement which has been ratified by union members,” the spokesperson said. “Canada is well positioned to become a leader in electric vehicle and battery production. Developing domestic manufacturing in electric vehicles and batteries will secure more good paying jobs for Canadian workers, and more opportunities for Canadian businesses.”

A request for comment from the provincial government was not immediately returned.

Ford also plans to invest $148 million to build a new engine at the company’s Windsor, Ont., engine factories. Dias said last week that it would be a 6.8-liter engine for the Ford F-150 pickup and Mustang pony car.

In its letter to Dias, Ford also “confirmed its intention that the Essex Engine Plant will remain the sole source for all 5.0 [liter] engine assembly and current component machining, and any potential derivatives from its base architecture.”