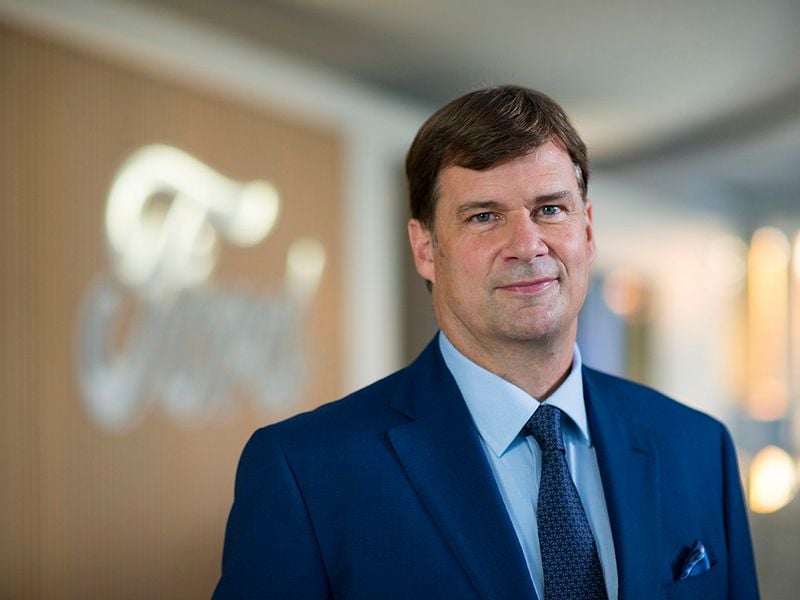 DETROIT — Tim Stone, Ford Motor Co.’s CFO, is stepping down after only a year and a half in the position to take a new role at an artificial intelligence company, one of a handful of executive changes announced Thursday as Jim Farley takes over as CEO.

John Lawler, the head of Ford’s autonomous vehicle company, will become Ford’s CFO effective immediately. Lawler, 54, has held a number of roles during his 30-year career, including president of Ford China and CFO of Global Markets.

Stone, 53, is leaving to become COO and CFO of  ASAPP Inc. and will be the second Detroit 3 CFO to leave this year for a technology company. He will remain with Ford through Oct. 15.

“John knows our company inside-out, has a clear view and great ambition for what Ford can be, and articulates what’s needed to get there,” Farley said in a statement. “As CFO, he will help assure we have the means to fund those ambitions.”

In addition, Ford said  that Joy Falotico, its chief marketing officer and president of Lincoln, will step down as CMO to focus on her role leading Ford’s luxury brand. Falotico, 53, has held the dual role since 2018.

“This change will allow Joy to focus on accelerating Lincoln’s global growth through great vehicles and services and a truly differentiated customer experience,” Kumar Galhotra, Ford’s president of the Americas and Internatioal Markets, said. “Lincoln’s completely refreshed lineup is resonating with customers in the U.S. as well as in China, where we are now producing the Lincoln Aviator and Corsair locally, for Chinese customers – and that’s just the beginning.”

Ford said it would name a new CMO “shortly.”

Ford also announced a pair of retirements: Jeff Lemmer, its chief information officer, will retire January 1. Dale Wishnousky, its vice president of manufacturing for Ford Europe, will also retire at the end of the year.