Frank Stronach: The end of the automobile? 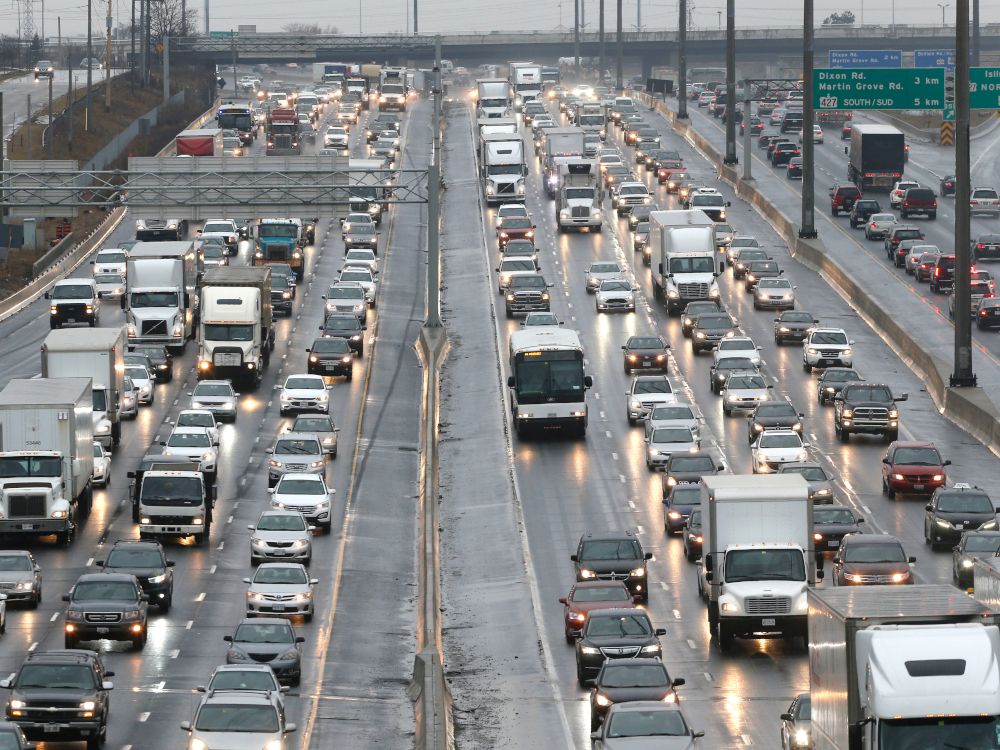 The invention of the automobile more than a century ago reshaped the way we live, accelerating the pace of human life and enhancing individual freedom by providing greater mobility. But today, individual mobility — and the freedom that goes with it — is being threatened like never before.

Consider the following trends, which raise the very real question about whether or not we’re witnessing the end of the era of the car.

To begin with, cities around the world are grappling with deteriorating air quality due to gas-powered vehicles and around-the-clock traffic congestion. As a result, more and more cities are looking at European-style solutions, such as imposing heavy fees on people who drive their car into the city centre.

Canadian drivers are also coping with skyrocketing gas prices — and it will likely only get worse. I believe the day is fast approaching when gasoline will be rationed, and that we’ll see restrictions on how many gas-powered cars people can own, and where they will be permitted to drive them.

A major part of the reason for this is that the world has a finite supply of oil. If proven oil reserves and demand remain constant at 2019 levels, we have less that 50 years before the world runs out of oil. But since then, things have gotten worse because the world has lost a great deal of refining capacity over the past couple years. The United States alone has lost five per cent of its refining capacity since the spring of 2020 and that will not change any time soon.

Even if we end up finding more oil reserves and building new refineries, the outlook for gas-powered vehicles is still bleak. As countries around the world look for ways to achieve their net-zero targets, they will place further restrictions on carbon-emitting vehicles.

What’s even worse is the fact that we’re prolonging the inevitable end of the gas era by turning food into fuel. Consider the following startling fact: more than 120 million tons of the annual grain harvest in the United States is used in the production of ethanol for automotive fuel, which is roughly equal to the annual grain harvests of Canada and Australia combined. When Canadian drivers fill up their gas tanks, about 10 per cent of the fuel they’re pumping comes from ethanol. But in a world facing food shortages, how much longer will we continue grinding up corn to make fuel?

Many experts believe electric cars may be the solution. After more than a decade, large and mid-size electric vehicles are finally starting to catch on — partly because of the growing desire of consumers to protect the environment by reducing greenhouse gases.

But large electric vehicles are not the answer, either. They’re certainly not more affordable. And they won’t solve the problems associated with urban traffic congestion.

More importantly, though, the North American electric power grid is simply not capable of powering millions of large electric battery-powered vehicles, and the investment required to scale it up to size will cost huge sums of money that the debt-burdened governments of Canada and the U.S. don’t have. And our public transportation systems are already overloaded in many cities.

So how will people get around?

One answer, I believe, lies in the form of electric micro-mobility solutions: smaller, one-or-two-person cars and other modes of zero-emission transportation that are currently being developed. These electric vehicles are lightweight, highly affordable and use hardly any energy. What’s more, they’re ideal for urban driving and could dramatically reduce the traffic congestion plaguing most big cities.

One thing is certain: people everywhere still yearn for the freedom that personal transportation brings — the freedom to go wherever you want, whenever you want. Loren Lomasky, a philosophy professor at Bowling Green State University, wrote a powerful defence of the automobile, in which he argued that the car — alongside the microchip and the printing press — is one of the three most liberating technologies ever invented.

The internal combustion engine may soon be a thing of the past, but the desire for individual transportation — and everything it represents — will never go away.

Frank Stronach is the founder of Magna International Inc., one of Canada’s largest global companies, and an inductee in the Automotive Hall of Fame.

Sign up to receive the daily top stories from the National Post, a division of Postmedia Network Inc.

Thanks for signing up!

A welcome email is on its way. If you don’t see it, please check your junk folder.

The next issue of NP Posted will soon be in your inbox.

We encountered an issue signing you up. Please try again