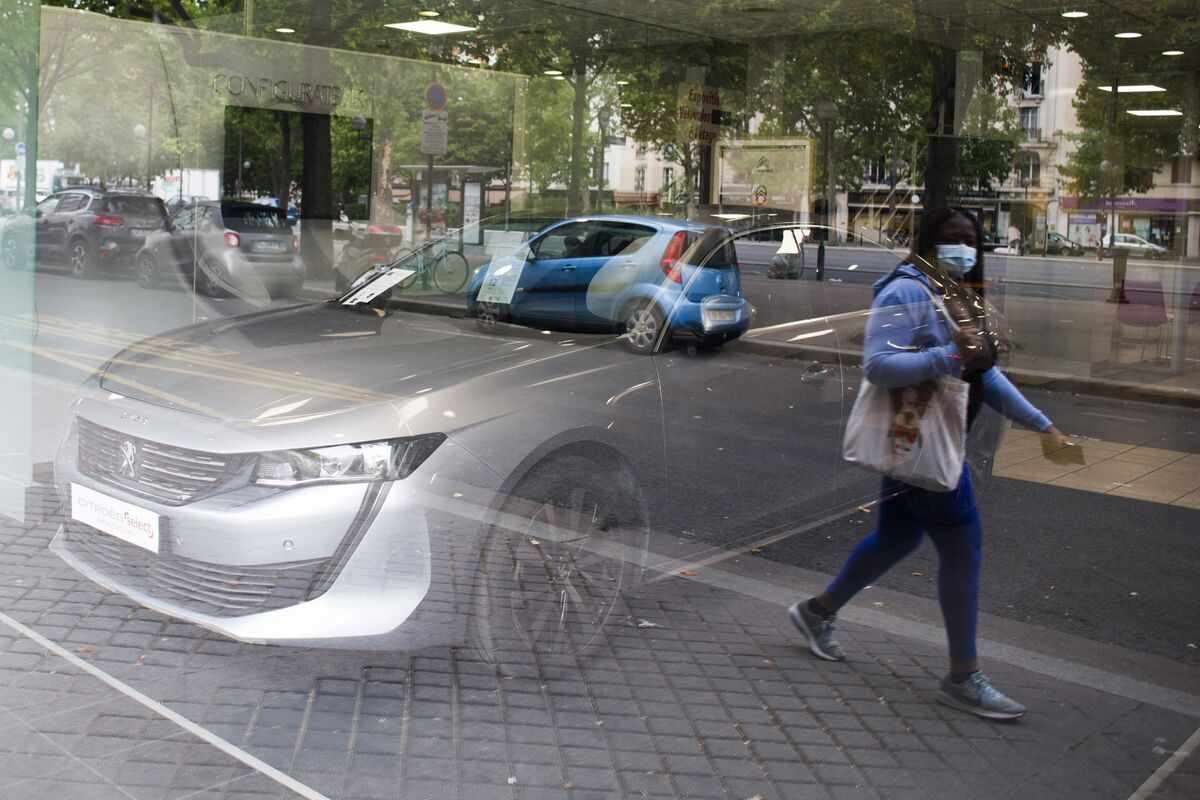 Sign up here for our daily coronavirus newsletter on what you need to know, and subscribe to our Covid-19 podcast for the latest news and analysis.

Car sales fell in France and Spain in August, erasing gains made during the previous months and damping hopes for a rapid recovery from the coronavirus pandemic in Europe.

French passenger car registrations dropped by a fifth compared with the same month last year, according to figures published Tuesday by industry group CCFA. The total of 103,635 was the lowest since May, when showrooms and factories started to reopen after lockdown measures to contain the virus.

The numbers suggest that a European car-sector recovery is losing steam after government subsidies in countries including France and Germany helped kick-start business starting in June, especially for battery-powered models.

In France, car sales increased in June and July, and total registrations across Europe slipped just 4% in July, according to auto-market researcher Jato Dynamics, with hybrid and electric-car registrations soaring due to the incentives.

While August has traditionally been a tough month for French car sales because consumers normally spend it on vacation, the figures were higher last year and in 2018, CCFA said.

PSA Group registrations dropped 8.4% in its home market last month, a better showing than Renault SA’s decline by a fifth. French car sales are down by about a third after the first eight months of the year.

President Emmanuel Macron unveiled a raft of measures in May aimed at reviving France’s car industry and drawing workers back to local factories.

Incentives took effect June 1 for the purchase of electric cars and a cash-for-clunkers plan designed to encourage consumers to trade in older, more polluting cars for 200,000 new vehicles.

— With assistance by Chiara Remondini