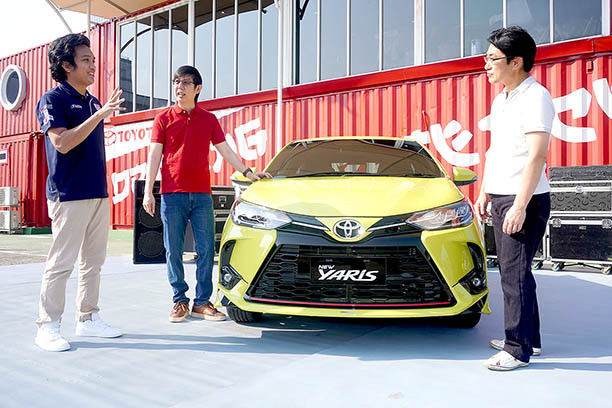 The Association of Indonesian Automotive Manufacturers (Gaikindo), which previously slashed its domestic car sales target by 40 percent to just 600,000 units this year as the COVID-19 pandemic forced showrooms to temporarily close, has warned it may have to cut its sales forecast even further.

Gaikindo’s special staff Stefanus Soetomo said on Thursday that the association would have to rethink its current target as it was made based on the assumption that the pandemic would be under control by July and that car sales would fully rebound between August and September.

“The number of infections is currently reaching a record-breaking level and we have to anticipate that by reassessing our target,” he said during an online public discussion held by Kompas, while declining to reveal the new target as the figures were still being calculated.

Despite national car sales rebounding to 37,200 units in August and 25,200 in July, the figures are still well below the association’s target of 80,000 cars in August alone, according to Stefanus.

“We believe that this prolonged pandemic will greatly impact the economy and therefore affect our sales. We’ll probably still see the pandemic’s impact on car sales next year,” he said.

Car sales crashed in May with a more than 95 percent year-on-year (yoy) drop as the coronavirus outbreak hit demand, before jumping in June to 12,623 units.

Gaikindo recorded around 323,400 cars being sold between January and August, down by more than 50 percent compared with 661,000 units sold during the same period last year.

Industry Minister Agus Gumiwang Kartasasmita has urged Finance Minister Sri Mulyani Indrawati to temporarily exempt new cars from vehicle tax (PKB) until December in a bid to boost car sales amid COVID-19 pressures, according to a statement on Sept. 14.

Car sales are among the indicators of the country’s consumer spending, which accounts for more than half of gross domestic product (GDP).

“A lot of customers who applied for financing restructuring were actually financially stable, but they were concerned about their income and business when the pandemic first struck,” TAF marketing director Wisnu Wardhana said in the same event. However, Wisnu said the number had declined to almost zero by July.

The share of cars being purchased using a financing facility also decreased to around 50 percent of the total units sold during the pandemic, from up to 70 percent in normal times.

“Customers are currently becoming more conservative and tending to secure their cash flow. Therefore, we’ve shifted our strategy by focusing on low-interest loans to entice them,” he said.

“We’ve increased our online presence and improved our sales and aftersales activity through mobile services. We’ve also begun to launch our new products, such as the Corolla Cross, to stimulate the market,” he said.

Anton said Toyota saw a rising number of prospective customers from online platforms following the company’s digital-shift strategy. The company’s monthly website traffic has also increased to around 2.5 million visits during the pandemic, up from the average 1.5 million.

“Previously, the proportion of customers who came from online stores and websites was only around 15 percent of our total customers. Now, it amounts to around 40 percent,” he said.

As the online trend continues to grow, Anton said TAM was planning to launch a digital application by the end of the year. The application will allow customers to chat and consult with Toyota’s mechanics as part of its aftersales services development.

The company recorded a 16 percent monthly sales growth in August to 8,740 units, but the figure remains 70 percent lower compared with the same period last year.