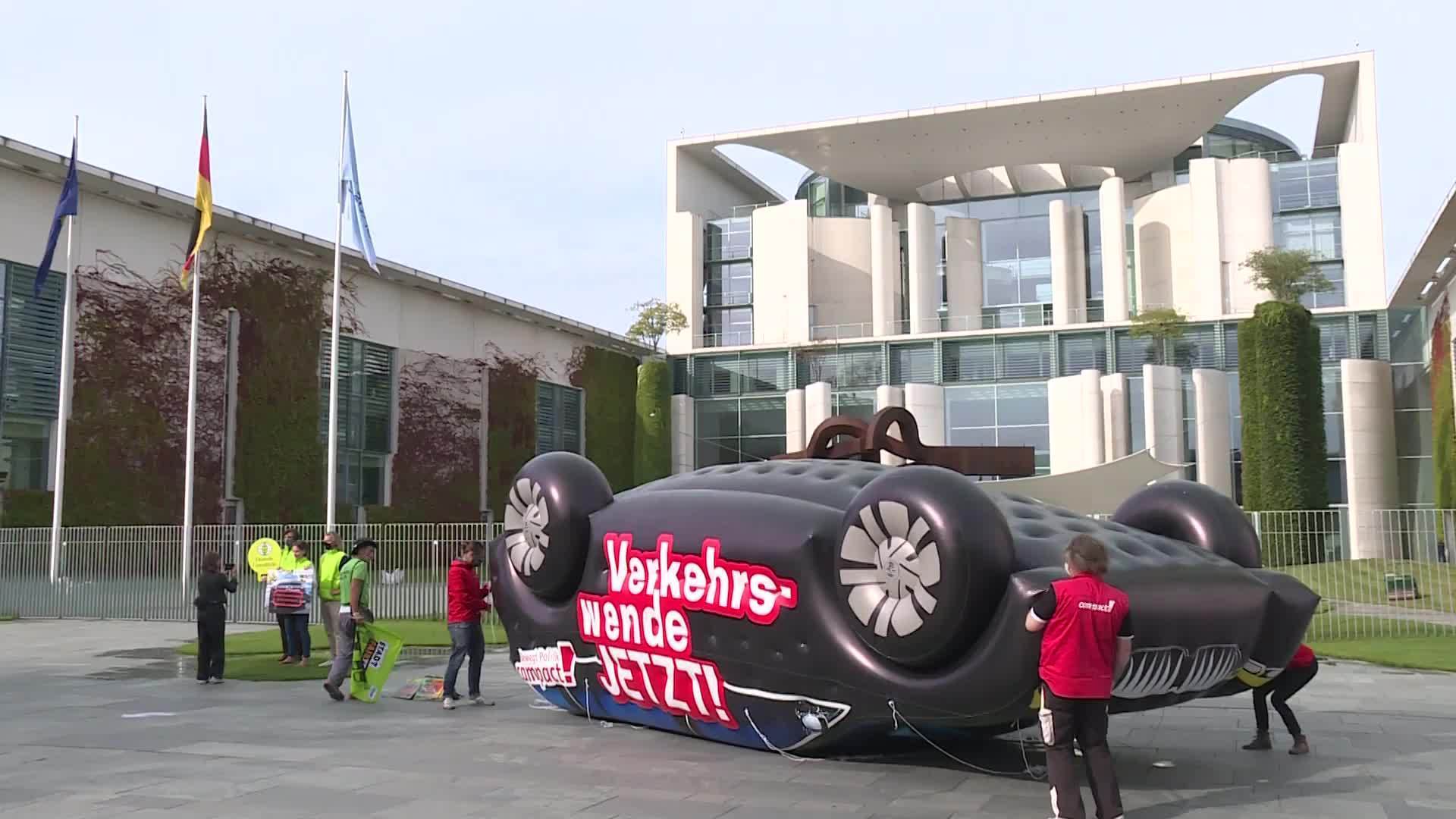 Environmental Activists from Campact, Greenpeace, and Extinction Rebellion gathered in front of Berlin’s Chancellery on Tuesday morning, to demand change in the transport and mobility policies and to protest against the yearly automobile summit held between the federal government and the auto industry.

Campact activists staged a protest with a balloon of a SUV car upside down. “We say that each cent that will be put into traffic should be put into a change of traffic policies. We don’t need another Auto Summit, but rather a Mobility Summit,” said Campact campaigner Inken Behrman, criticising the summit model and describing it as “cliques and lobby talks with the auto industry.”

Greenpeace activists were seen drawing their logo, consisting of a SUV in flames on the top of the globe, on the pavement in front of the Chancellery.

Mobility campaigner for Greenpeace Germany, Benjamin Stephan, said they’ve already developed a plan for policy change together with mobility scientists. “A central element of that is a fast opt out of combustion engines, it means no more new authorisations for diesel or gasoline motor cars from 2025,” he explained, adding that would mean more buses, more trains and “more secure bike lanes, so the people are not directed to cars anymore.”