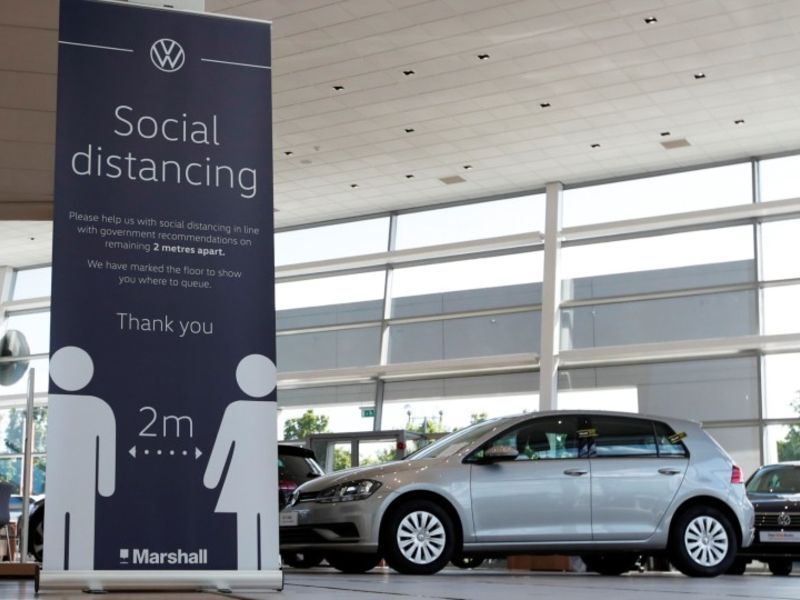 Global auto markets are showing a “classic V-shaped” recovery from the coronavirus crisis in both sales and production, analysts from LMC Automotive said, but the impact of the pandemic will continue to be felt for years to come.

LMC is now forecasting that global light-vehicle sales will be 75 million this year, a 17 percent drop from 90 million in 2019. The global figure is an improvement of four million units from May, when LMC was forecasting total sales would be just 71 million for the year. In April, LMC said sales could be as low as 70 million units.

The seasonally adjusted annual selling rate, or SAAR, in July and August was about 98 percent of last year’s total. The selling rate hit a low point of 49 percent in April, representing the bottom of the “V shap,”  Kelly said.

But, he cautioned, “there has been a lot of lost volume – 11 million units is the net loss so far,” as a result of lockdowns around the world that restricted movement and closed dealership showrooms.

“The speed of the recovery has been surprisingly strong,” he said, due largely to pent-up demand, economic stimulus programs and, to a lesser extent, incentives.

“The question is how well that level of sales — which is mostly normalized — can actually be sustained,” Kelly said. “We think that sustaining the rebound will be difficult.”