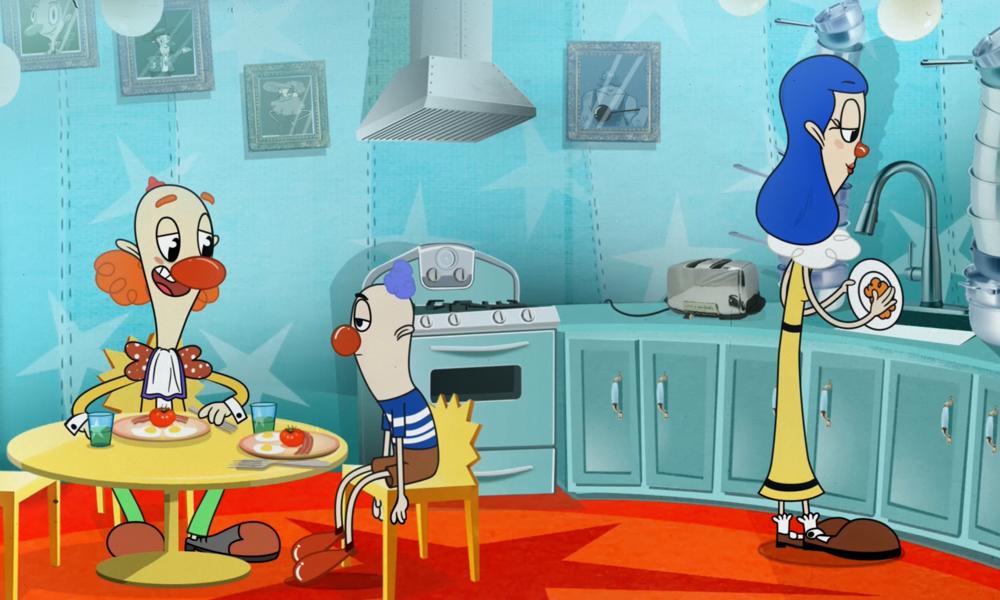 This transatlantic partnership has been awarded co-development funding by the Canadian Media Fund and Northern Ireland Screen.

“When looking for the ideal collaborator for Class Clown, it was ALT Animation’s keen eye for creating captivating 2D designs alongside their high level of professionalism that sealed the deal,” said Tina Ouellette, Executive Producer/CEO, Global Mechanic. “With our new production partner in place and the CMF/NIS co-development funding jointly awarded to us, we are excited to move forward and secure the additional financing for this incredible project.”

Global Mechanic and ALT Animation first met at MIPCOM 2019. The two companies instantly connected over a like-minded animation approach and a penchant towards slapstick animation comedy series for kids aged 6-12. Both have a strong background in creating quality production services, and now aim to make their mark with their own original intellectual property. Joint efforts on the new Class Clown series began in June 2020, and the partners are currently preparing to take the property to MIPCOM Online+ this October to secure additional funding and broadcasting partners.

“Class Clown is a series that touches upon universal themes about family, inclusivity and the desire to ‘fit in’ that will resonate with audiences all around the world, not least because the circus tradition is something that is recognized and enjoyed in all parts of the world,” said Tim Bryans, Managing Director, ALT Animation. “We are confident the series has the potential to reach not just Canadian and Northern Irish audiences, but also a wide variety of international audiences. We could not be more thrilled to be working with Canada’s Global Mechanic.”

Class Clown, written by Boothby, is all about a clown and carnival family that decides to settle down in the suburbs after years of being on the road. The show mainly centers around the family’s son Jimmy Jingles, a boy who just wants to fit in at his new school. Only trouble is, he’s really a clown. In fact, Jimmy is descended from a long line of clowns. And he looks it: blue hair, large red nose, huge shoes and everything else you’d expect from a clown, but for him it’s all natural. Things were fine when they were all travelling with the circus but now that his parents have decided to settle in the suburbs to give Jimmy a more stable life, it’s a constant struggle.

“I’ve always been a fan of shows like The Addams Family which featured a take on the immigrant story with bizarre old world culture clashing with the modern suburbs. Jimmy Jingles loves his circus folk family but also really wants to fit in at his new school. Unfortunately he brings with him a red nose, huge shoes and mastery of slapstick comedy he can’t turn off no matter how hard he tries,” Boothby shared. “Global Mechanic have always had a great take on all things surreal and funny with real emotion which in this case is a kid just trying to make it through lunch without three rings of chaos breaking out.”