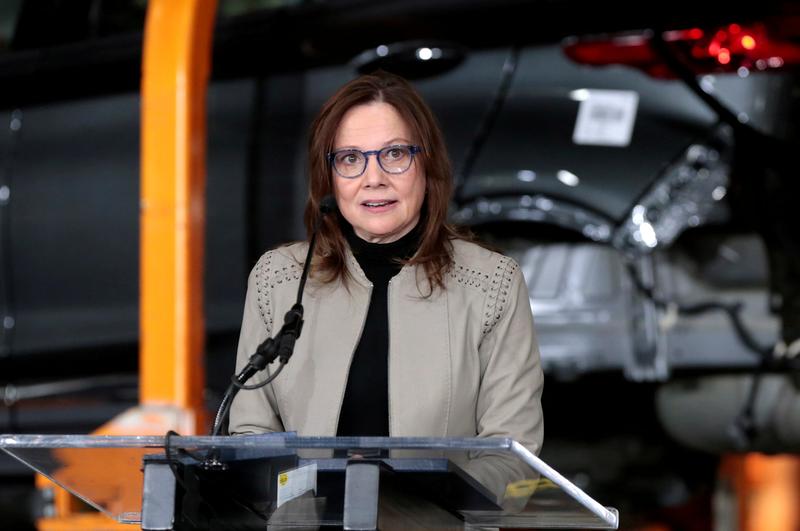 DETROIT (Reuters) – General Motors Co Chief Executive Mary Barra has reeled off two significant deals in the past week in response to investor concerns the No. 1 U.S. automaker is stuck in neutral while Tesla Inc and other electric vehicle makers are leaving legacy automakers behind.

But investors want her to go further. A 10% jump in GM’s shares on Tuesday helped the stock top its post-financial crisis 2010 initial public offering of $33. Some investors want Barra to split up the company so its EV assets can be valued at headier levels like Tesla and other newly public EV automakers.

On Tuesday, GM announced a deal to take an 11% stake in and build electric pickup trucks for Nikola Corp, as well as supply the EV startup with electric batteries and hydrogen fuel cells. Last week, GM also announced a North American alliance with Japan’s Honda Motor Co Ltd to share vehicle platforms, including EVs, in an agreement that could save it billions of dollars.

Barra on Tuesday called the Nikola deal a “strong validation” of GM’s strategy.

“It’s a very strong proof point of our commitment to an all-EV future and really creating a platform that others can use that’s going to give us scale and help us drive efficiency costs down,” she told reporters on a conference call.

Barra over the past several years has accelerated a strategy of using profit from internal combustion models to fund development of battery and fuel-cell powered vehicles for tomorrow.

But prior to the recent deals, Morgan Stanley found that of 40 investors surveyed, 72% believe GM will eventually spin off its EV or autonomous vehicle assets and about half thought such a move could be completed by the end of 2021.

During GM’s July 29 quarterly earnings call, Barra said nothing was off the table and there was no impediment to such a move. A person close to the matter who asked not to be identified said the Detroit company is exploring its options.

Morgan Stanley analyst Adam Jonas, who has pushed the idea of some kind of separation at GM for years, said whether it is a spinoff or some other structure, investors want “anything different” given GM’s lackluster stock price.

“If there’s an opportunity to capitalize on these assets, strategically, they should do it because the market’s certainly not giving them much value for a very improved automotive business,” said Michael Razewski, a partner with investment adviser Douglas C. Lane & Associates, which owns GM shares.

GM insiders, bankers and industry officials said GM has options beyond a full spinoff of its EV operations, or doing nothing.

Other choices could include a spinoff of just GM’s Ultium battery operations; hiving off the EV assets into a fully owned but separately listed stock, much like GM did in its earlier history with Hughes Electronics and Electronic Data Systems; or breaking out the EV assets within GM as it did with the Cruise self-driving business.

Deutsche Bank analyst Emmanuel Rosner said a spinoff was a “no-brainer” that would unlock shareholder value and create a company worth anywhere from $20 billion to almost $200 billion.

Alastair Bishop, co-portfolio manager of BlackRock’s BGF Future of Transport Fund, declined to discuss GM specifically but said the auto sector stands on the brink of a transformation similar to the one that occurred with utilities when adoption of renewable energy began.

Some traditional utilities spun off their renewable energy assets and others held on to them, but there was no rule for which companies thrived, he said.

“If you look over the next five, 10 years, something very similar will happen in the automotive space,” Bishop said. “Not every new entrant will be a winner, just as not every incumbent will be a loser. It’s going to be a bit more nuanced.”