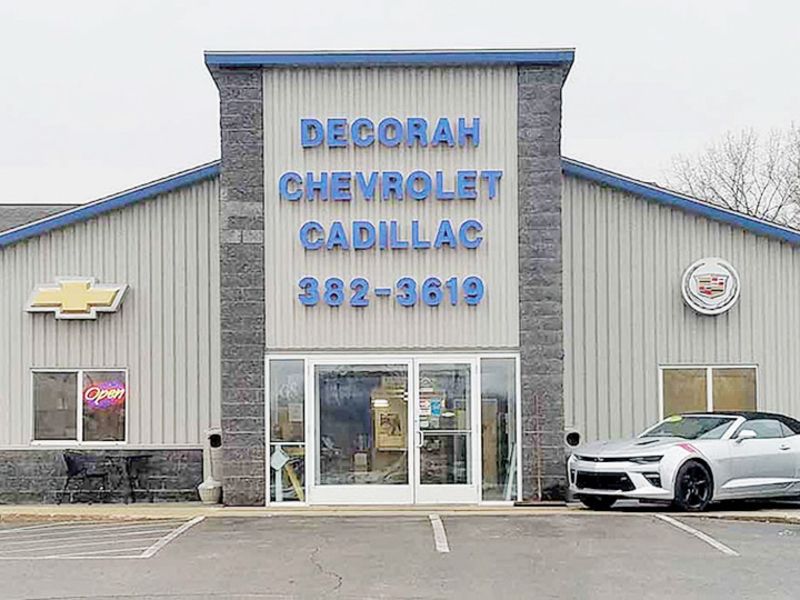 General Motors is trying to stop a dealership group in rural Iowa from selling Chevrolets and Cadillacs in the same showroom as Jeeps and Rams, but the group says state law trumps GM’s objections and that separating the store into two again could put one of them out of business.

A federal judge last month denied GM’s request for a preliminary injunction against KAR Auto Group of Decorah. Decorah Chevrolet-Cadillac and Decorah Chrysler-Dodge-Jeep-Ram had been 180 feet apart until being combined in the GM facility this year to reduce overhead.

GM says a dual showroom violates the dealership group’s franchise agreement, but KAR argues that a 2010 Iowa law gives it “an unfettered right” to consolidate the stores’ operations and that at least 32 other GM stores in Iowa were dualed with other brands when it made the change.

“KAR is pleased with these results and in particular the broader effect the decisions will have with respect to dualing in Iowa and on the viability of a trademark claim that a manufacturer may bring in response to dualing,” KAR’s lawyers said in a statement. “A trial on the merits will follow.”

GM told Automotive News that KAR’s agreement with GM requires it to meet standards including a minimum amount of space dedicated to Chevy and Cadillac.

“GM’s standards — comparable to those of other manufacturers — are designed to enable efficient dealership operations, and positive customer experience and brand image,” GM spokesman David Caldwell said in a statement. “We will continue our efforts to enforce the contract.”

GM told the court that the dealership group did not submit a formal request regarding its plan to move the Fiat Chrysler Automobiles brands into the GM facility, violating the sales and service agreement.

GM said the dealership fell short of applicable minimum size requirements even when it was just Chevy and Cadillac, and that adding the FCA brands worsens the size issue and tarnishes GM’s image. GM also said the group planned to “commingle” GM and FCA branding.

In a reply to GM’s July 1 request for an injunction, KAR said Iowa leaves it to the dealer, not the automaker, to decide whether to dual franchises. The 2010 law it cited “voids any provision that would restrict or prohibit dualing,” KAR’s lawyer, Aaron Thom of Thom Ellingson in Minneapolis, told Automotive News. “That actually would wipe away the [franchise agreement] to the extent that it restricts or prohibits dualing.”

Decorah is a town of fewer than 8,000 residents in northeastern Iowa. Since 2014, Decorah Chevrolet-Cadillac has sold an average of seven to 12 new vehicles each month, KAR said in its filing.

Because of declining sales and steady losses of $30,000 to $50,000 per month at its adjacent FCA dealership, the group decided to consolidate the two stores to ensure they were sustainable.

“Many Iowa dealerships, like KAR, are located in small towns, do a fraction of the business that big-city dealers do and cannot feasibly continue to operate without the synergies obtained by dualing,” the filing said.

KAR said GM has not reevaluated the dealership’s space requirements since 2003, when KAR was expected to sell 175 vehicles per year. That’s more than double the 84 new GM vehicles it sold last year.

KAR, which also operates a Ford-Lincoln store across town, said it displays GM and FCA information on opposite sides of the dual showroom, avoiding customer confusion and preserving each brand’s image.

Williams on Aug. 24 denied GM’s request for an injunction, saying GM didn’t show that it would lose sales and that the case likely will proceed to trial as a result of his order.

The judge said splitting the GM and FCA operations would increase KAR’s operating costs substantially and force it to close the FCA store, leading to job losses and eliminating the ability for FCA customers in the area to get warranty repairs and service work done.

GM’s “illusory allegations of harm,” Williams said in the order, “are outweighed by the specific and concrete harms to defendant, defendant’s employees and the public.”